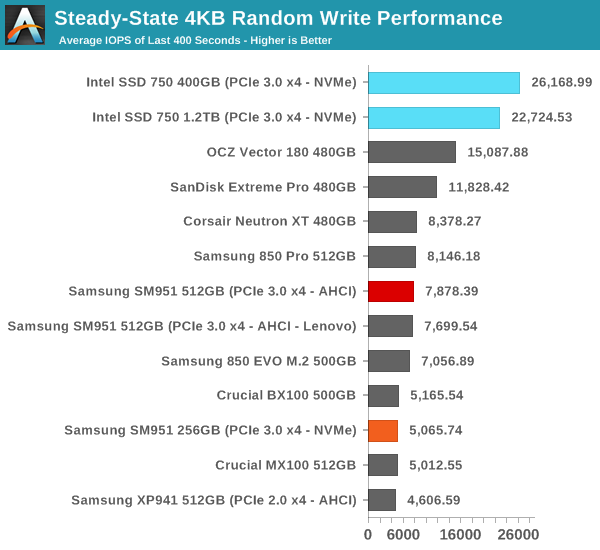 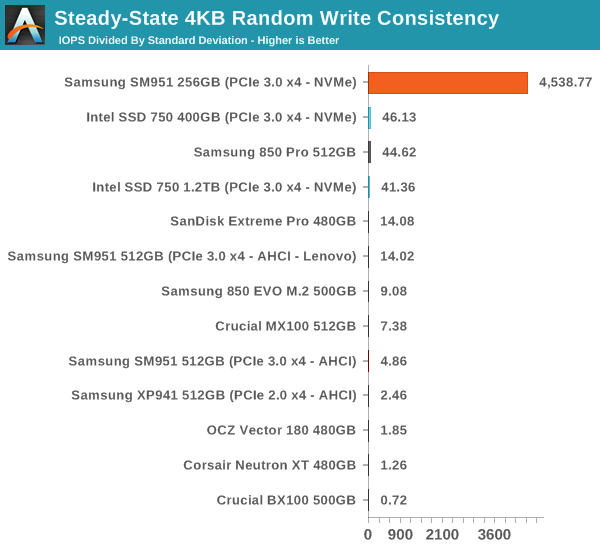 The mediocre steady-state performance is replaced by outstanding consistency, though. During the last 400 seconds, the SM951-NVMe has standard deviation of only 1.12, whereas the next drives are in the order of hundreds with many drives surpassing 1,000.

As there's practically no variation in performance, the graph is just a straight line after the initial cliff. There are zero up and down swings, which is something I've yet to see even in an enterprise SSD. Samsung has always done well in IO consistency, but in all honesty the SM951-NVMe sets a new bar for consistency. On the downside, I would rather take some variation with higher performance because especially for client workloads such level of consistency isn't really needed, but increased performance can always help with intensive IO workloads. Nevertheless, I'm very happy with the direction Samsung is taking because we still see some controller vendors not paying enough attention to consistency, but it's clearly a high priority for Samsung.

Unfortunately I couldn't run any tests with added over-provisioning because the hdparm commands I use for limiting the capacity do not work with NVMe drives. There are similar commands for NVMe drives too, but for now there is no publicly available utility for issuing those commands.