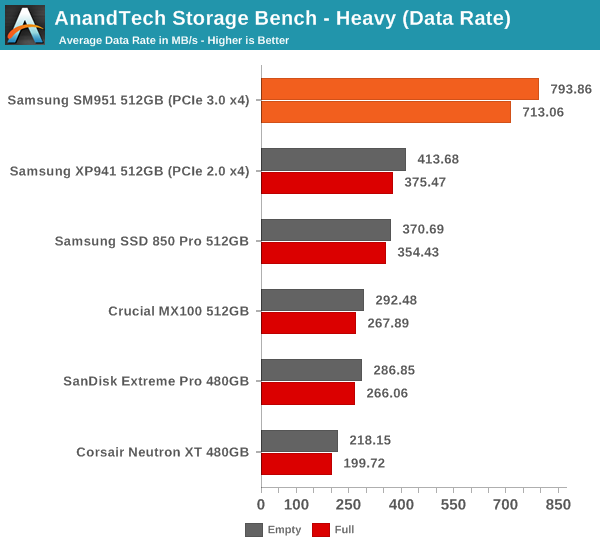 The SM951 performs even strongly in our Heavy trace and presents nearly 100% improvement in data rate over the XP941. In full state the SM951 loses a bit of its performance, but that's normal and the drop isn't any bigger than in other drives. Despite the lack of NVMe, it's starting to be clear that the SM951 is significantly faster than its predecessor and any SATA 6Gbps SSD. 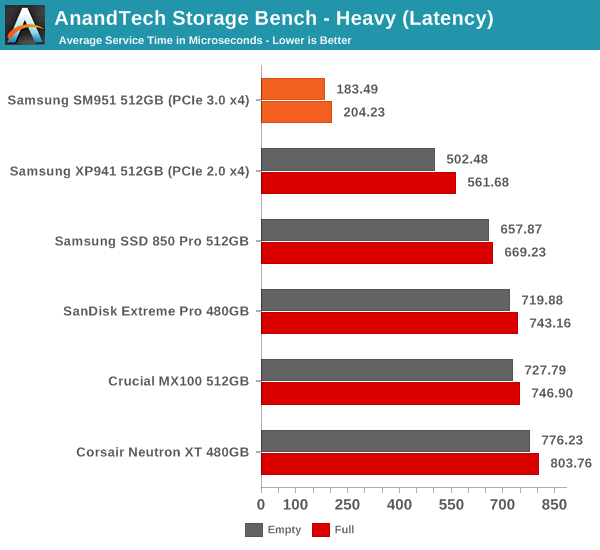 The average latency is also cut in less than half, which is actually a more substantial improvement than going from a SATA 6Gbps drive to the XP941. 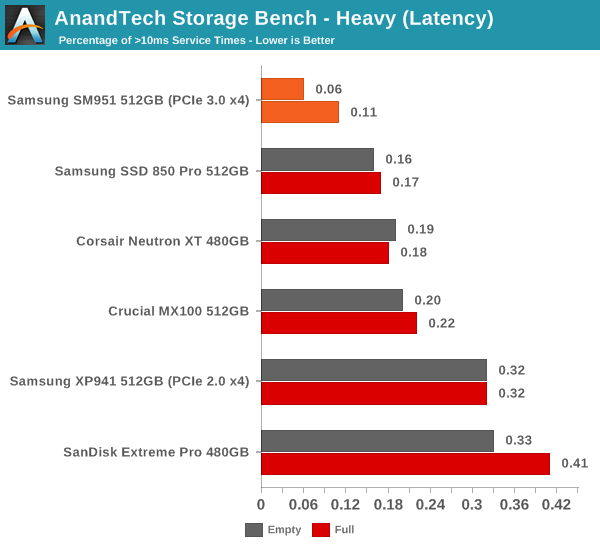 The share of high latency IOs is also the lowest with only 0.06% of the IOs having a higher than 10ms service time.