Zotac's ZBOX CI540 nano provided us with the first opportunity to evaluate the performance of a Y-series CPU from Intel. The Core i5-4210Y is surprisingly powerful. Passively cooled systems are either very costly (particularly if they integrate powerful CPUs) or downright abysmal in performance (when they integrate the low-end / low-power CPUs such as the older Atoms). Zotac's offering with the ZBOX CI540 nano aims to strike a balance. $335 for a barebones configuration is quite reasonable for this type of system.

One of the aspects that we were worried about prior to evaluation was thermal throttling. Fortunately for Zotac, the Core i5-4210Y seems to keep the scenario design power (SDP) in mind while managing the internal clocks. Intel's intent with the Y-series is such that CPU performance needs to be talked about in terms of power consumption rather than absolute clocks. Outside the benchmarking circus, day-to-day workloads for the average mini-PC user actually fall rather nicely into the SDP aspect. 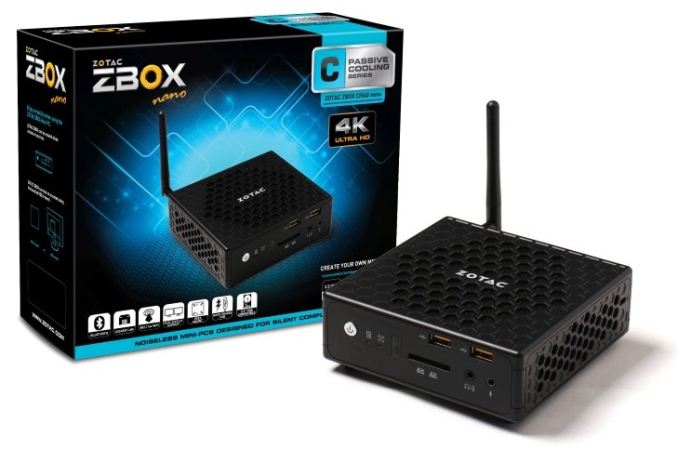 Pretty much the only downside of the unit is the unreasonably high idle power. Perhaps Zotac could look into some default BIOS optimizations to resolve that aspect. Other than that, the platform ticks everything needed in the mini-PC market - plenty of USB ports, quick charging capabilities, 802.11ac WLAN with Bluetooth integrated, a SD card reader and even a Display Port output along with the traditional HDMI. All these are packaged along with the Core i5-4210Y - one of the most powerful CPUs in the 11.5W TDP range. With the ZBOX CI540 nano, Zotac has managed to deliver the right balance of price and performance in the fanless mini-PC market.