When Microsoft launched Windows 8.1, it continued to refine the scaling functionality. To assist with people using a tablet such as the Microsoft Surface as a desktop replacement, Windows 8.1 now has the ability to have independent DPI settings per display. This was sorely needed, as anyone who used a Surface Pro (a 1920x1080 pixel 10.6” display) and then connected it to an external 1080p monitor that was two to three times the size of the tablet display complained bitterly about what a terrible experience this was. The Surface Pro’s on-device screen is set at 150% scaling which is necessary to make that resolution work on a 10” screen, but on a 24” monitor all on-screen elements are enormous.

Having two independent DPI settings is not without its challenges. Applications are initially scaled at the DPI setting of whichever monitor they are opened on. With any multi-monitor system, the operating system has to be able to deal with a person moving an application from one monitor to the other. If the application is scaled at the initial DPI, how to you keep it from becoming too large or too small when moved? The solution is once again DPI Virtualization, and once again it’s a solution that works but it’s not ideal.

If the initial monitor is a lower DPI, the application will be scaled up when moved to the higher DPI display, and if it moves from a High DPI monitor to a low DPI display, it will be scaled down. Just like with the Windows Vista DPI Virtualization, this method can result in applications that aren’t as sharp as they should be, as well as quirks with user elements. To get around these issues, Microsoft has expanded the DPI API to allow for per-monitor DPI-aware applications.

Applications that are per-monitor DPI-aware are expected to automatically re-scale themselves when moved between displays. They can do this because the operating system will send a WM_DPICHANGED message to the application when most of the application’s area has moved to a display with a different DPI level. The message sent to the application includes a recommended DPI level, but the application can choose whatever value it wants.

Windows 8.1 also improves several other key elements of DPI settings, continuing the tweaks made since the days of Windows XP where you had to reboot for a DPI change.

All of this DPI talk has focused 100% on the desktop environment. That is because the Modern environment for Windows has the luxury of being built with no legacy applications to deal with, so it can actually work in a manner similar to Apps on iOS and Android.

Love it or hate it, the Modern environment for Windows came at a time when High DPI devices already existed. This allowed it to be architected with support for native scaling for all applications. Windows Store apps are automatically scaled by Windows based on physical screen size, resolution, and device form factor at a ratio of 100%, 140%, and 180%. Windows Store apps encourage the use of scalable vector graphics if possible, or multiple copies of bitmap images to allow crisp images regardless of the scaling used.

Windows Store apps, and even Windows itself, scales not only the DPI of the application, but also how much content the application can display based on the physical screen size. Larger displays, much like in the desktop world, are often used to see and do more on the screen rather than just make everything larger as on a phone, and the Windows Runtime allows for all of this. 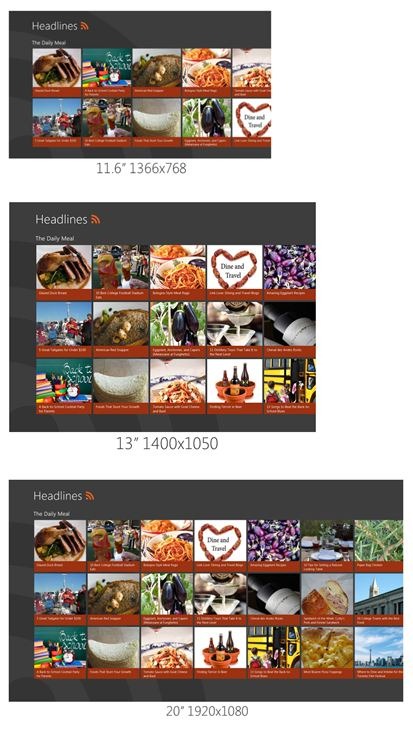 Windows Store apps require far less work from the developer in order to achieve this scaling. The app doesn’t have to be DPI aware, because by default all applications automatically are. Instead, things such as XAML layouts and SVG graphics allow the apps to be rescaled completely by the operating system. 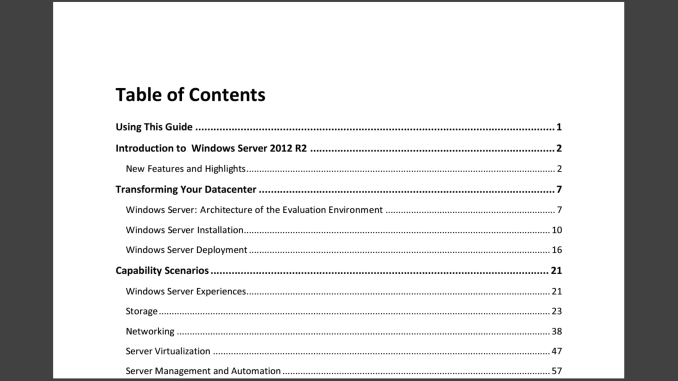 Here is Adobe Touch, a Windows Store app version of Adobe Reader. It’s perfectly at home even at 3200x1800 on a 13.3” display. All of the UI elements are correctly sized and of course still usable by touch.