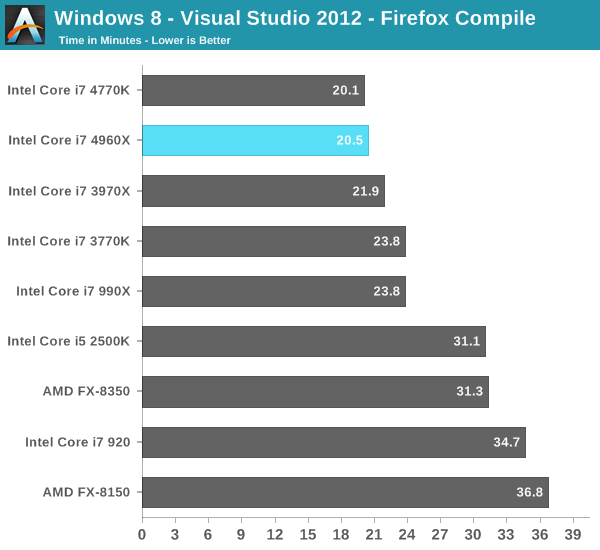 It's clear that IVB-E holds the advantage over Haswell when faced with heavily threaded workloads, but what about those workloads that are a good mix of both light and heavily threaded tasks? A medium-threaded workload if you will. It turns out our Firefox compile test is just that. Haswell's architectural improvements seem to do wonders for this test (under OS X as well), giving the 4770K a 16% lower compile time than Ivy Bridge. IVB-E on the other hand throws more cores at the problem, effectively equaling Haswell's performance but not exceeding it. In this case, if the rest of your applications are better threaded/demand more cores then IVB-E is the right solution for you. If, however, building Visual Studio projects is the most thread heavy thing you do then Haswell is a better option.

Time is reported in seconds and the lower numbers mean better performance. The test is multithreaded. 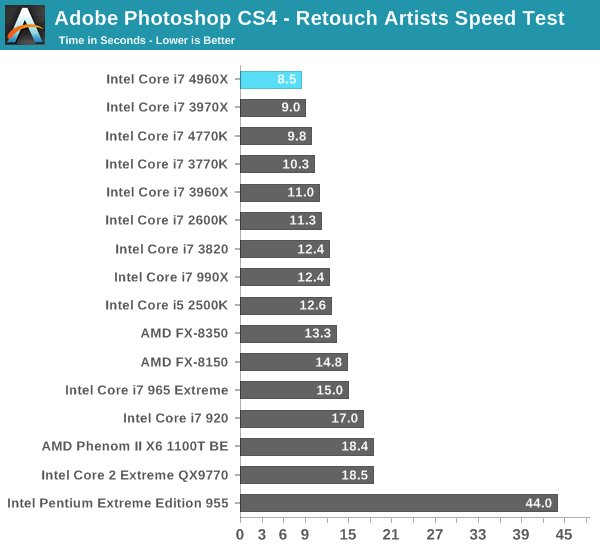 The 7-zip benchmark is a CPU bound multithreaded integer workload that looks at 7-zip compression/decompression algorithms where the IO subsystem is removed from the equation: 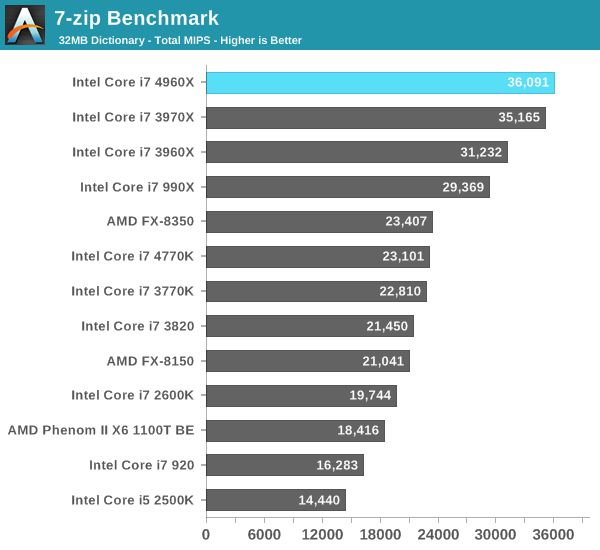 In its biggest advantage so far, the 4960X outperforms the 4770K by 56% in the 7-zip test. The IVB-E performance advantage compared to SNB-E shrinks to under 3% here. Heavily threaded integer workloads are also well suited for AMD's FX architecture. Here the FX-8350 is able to equal Haswell's performance.

Next up is our old Par2 test. Par2 is an application used for reconstructing downloaded archives. It can generate parity data from a given archive and later use it to recover the archive. Chuchusoft took the source code of par2cmdline 0.4 and parallelized it using Intel’s Threading Building Blocks 2.1. The result is a version of par2cmdline that can spawn multiple threads to repair par2 archives. For this test we took a 708MB archive, corrupted nearly 60MB of it, and used the multithreaded par2cmdline to recover it. The scores reported are the repair and recover time in seconds. 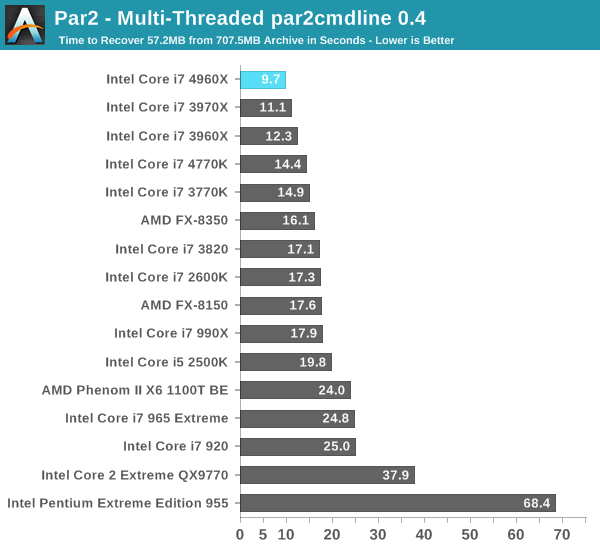 Here's another heavily threaded workload that does very well on the 4960X. We also see a rare situation where IVB-E increases performance over SNB-E by more than 10%.

In our final CPU centric test we're running a monte carlo simulation on a large Excel spreadsheet. The process is well threaded. 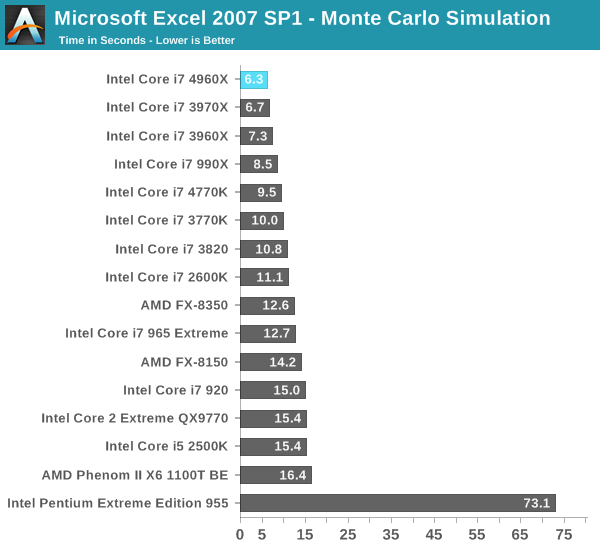 With 50% more cores, the 4960X delivers 33% better performance than the 4770K. If running multithreaded math workloads is up your alley, there's no alternative to the 6-core extreme edition parts.