SandForce has always had trouble with TRIM. SandForce's approach of compressing data on the fly definitely complicates things and I believe it's at least partially the reason why TRIM behaves the way it does in SandForce based SSDs. Even though TRIM doesn't work perfectly in any SandForce SSD, there are differences between drives and some do better than others.

And the issue still persists. For the most part, this isn't a big issue because the majority of users won't store just incompressible data in their SSD (e.g. Windows is very compressible) but if you know you'll be storing lots of incompressible data (H.264 videos, MP3s or encrypted data), then going with something non-SandForce is a better option.

In terms of power consumption, the V300 does pretty well. It doesn't break any records but for example Corsair's Force GS draws more power in all of our tests. The utilization of smaller process node NAND (19nm versus 24nm) does have some impact but I wouldn't be surprised if Kingston's customization also has something to do with the lower power draw. 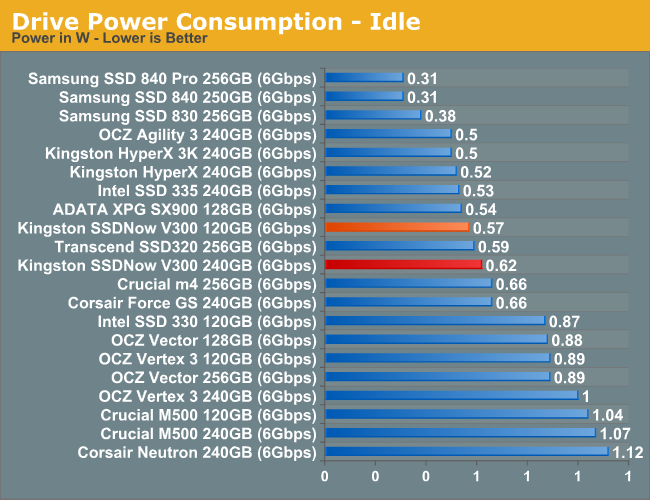 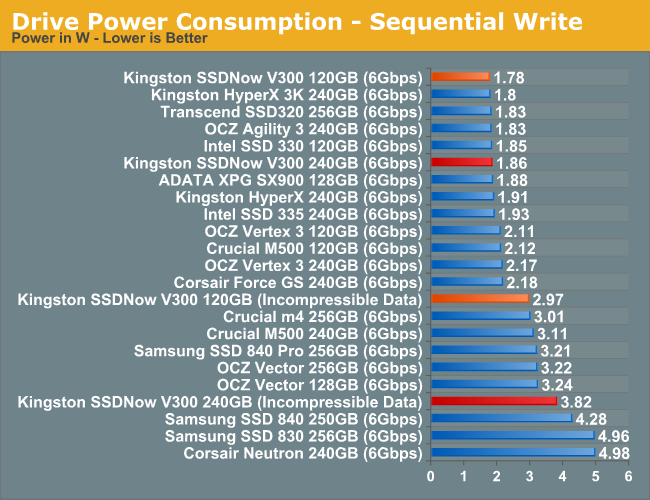 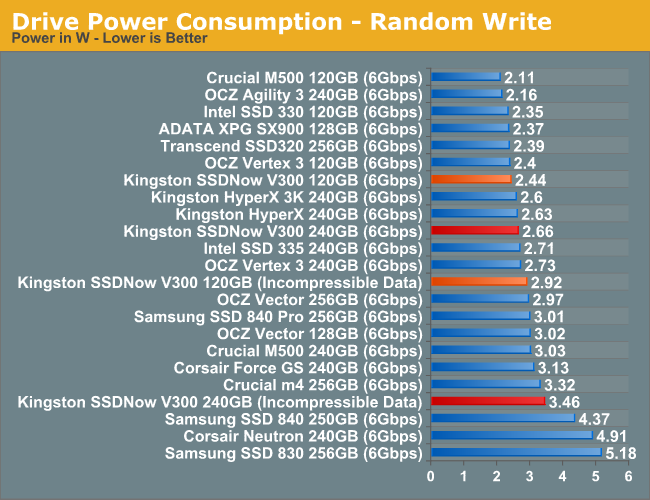