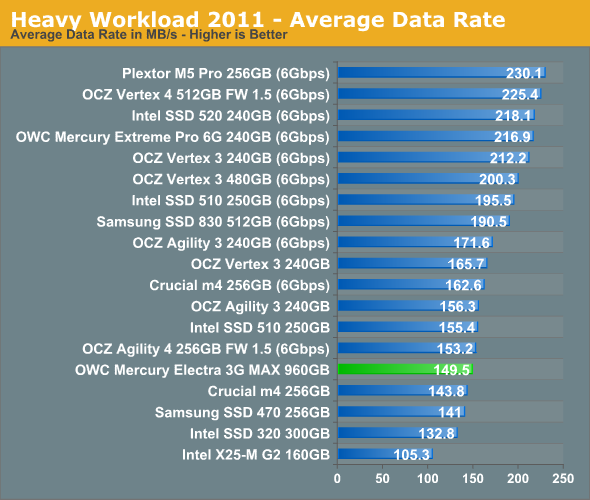 While the random performance of Mercury Electra wasn't great, it does surprisingly well in our Heavy suite. It's a bit slower than SF-2281 drives at SATA 3Gbps but it beats for example Intel's SSD 320. 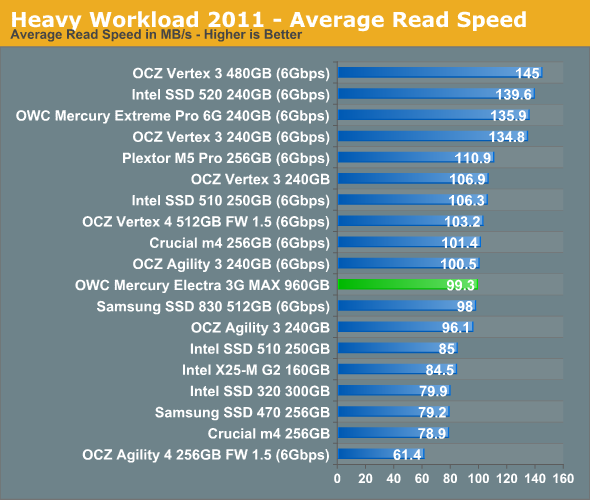 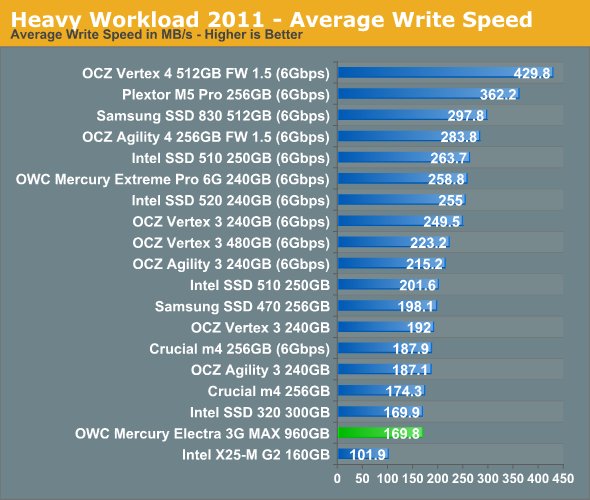 The next three charts just represent the same data, but in a different manner. Instead of looking at average data rate, we're looking at how long the disk was busy for during this entire test. Note that disk busy time excludes any and all idles; this is just how long the SSD was busy doing something: 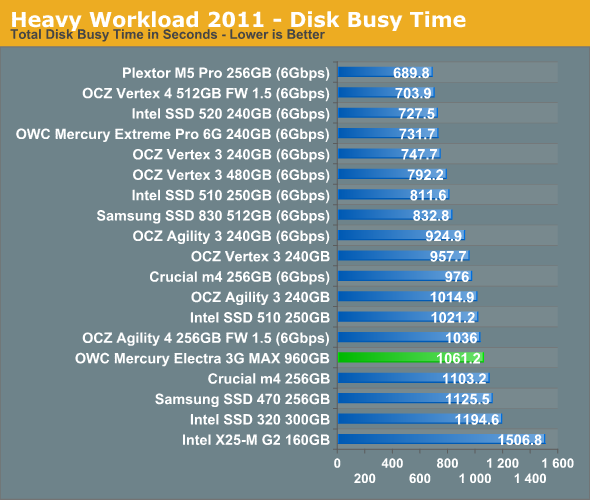 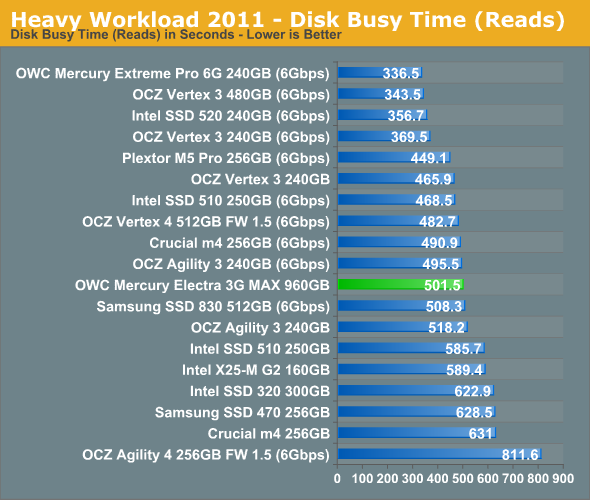 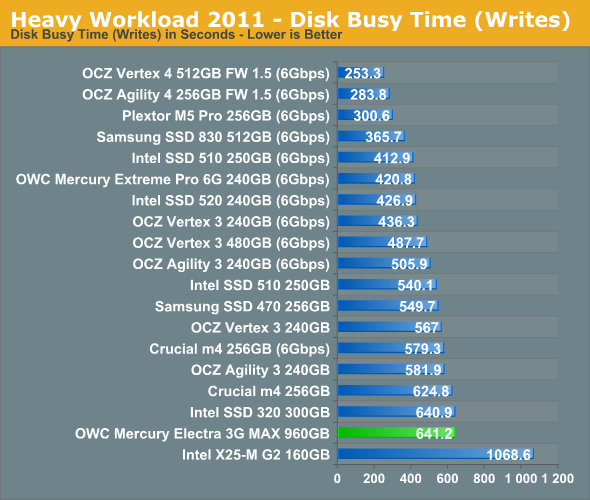