As with previous ASUS A75 iterations, our BIOS today is a fully graphical based BIOS - I found it easy to navigate around and find what you are looking for. All of the settings are where you would expect to find them and I feel that ASUS engineers have made this BIOS with ease of use in mind.

The front page of the BIOS contains the basic information of the system along with some voltage readings and temperatures. You can change the boot order here as well by dragging the device which you would like the board to boot from to the front of the list.  The three system performance options offer power saving (green), normal (blue), or mildly TPU overclocked (red). 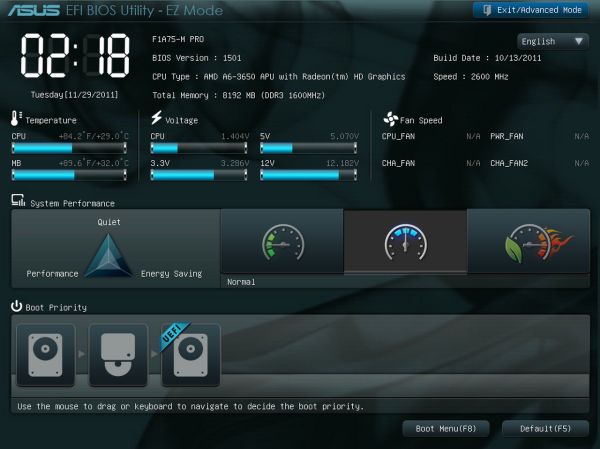 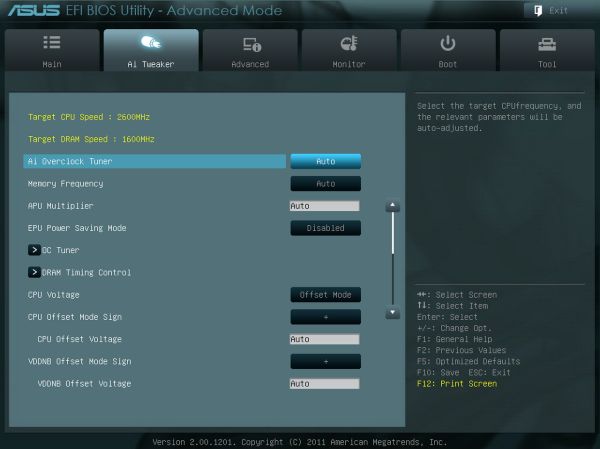 The overclocking section of the BIOS has plenty of settings for you to play around with, including multiplier (with locked APUs only being able to reduce the multiplier), base frequencies, memory strap and voltages either by offset or absolute values.  The OC Tuner option does the equivalent of enabling the TPU - under Ai Overclock Tuner, we have some predefined settings for users to enable, assuming their hardware is capable. 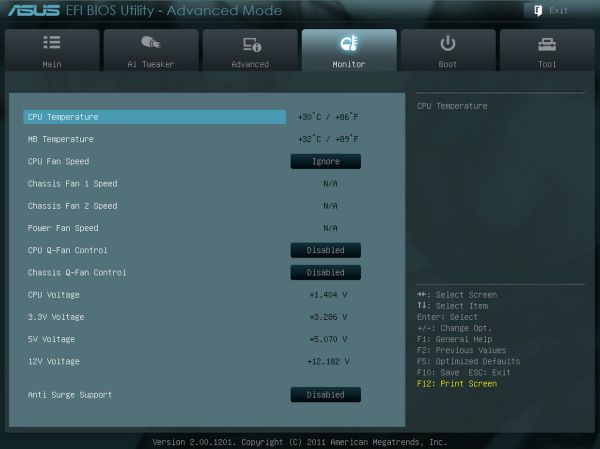 Under the monitoring section, you will be able to control three of the four fans, namely the CPU fan and two chassis fans. The fourth fan is a power fan which is not controllable and will always run at full speed.

If you wish to update the BIOS, it is easily done with a USB stick which is formatted to a FAT file system. I was unable to discern noticeable changes between the 1501 BIOS which was used during the review compared to the newest revision (at the time of writing).

If you decide to overclock your system with the automated process in either the BIOS or the software which ASUS provide, the 'OC Tuner', I only got an extra 3 MHz put on to the bus speed, which equates to 78 MHz on the clock speed of the A6-3650 APU (26x100). The voltages remain at stock and the system is stable. The RAM is automatically bumped up to the 1866MHz strap with the correct timings and voltages set which are in the X.M.P profile. Due to the bus being overclocked by 3 MHz, the RAM ends up with a final speed of 1922 MHz with the same timings and 1.65 volts is applied. 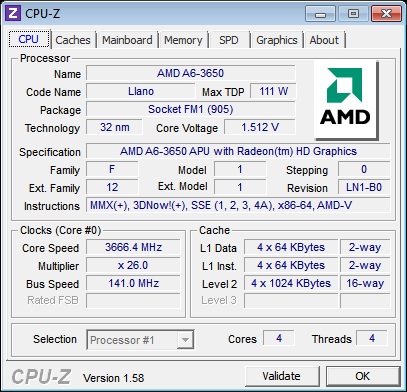 When I overclocked the system manually via the BIOS, I was able to achieve a final base clock of 141 MHz at 1.5 V, which gave an overall clock speed of 3666.4 MHz.