We knew about the first feature on this list (USB 3.0) would come with Ivy Bridge's 7-series chipset, but the second one was something I just heard about today. Ivy Bridge will integrate Thunderbolt into the chipset. Expect Thunderbolt adoption to skyrocket as a result in 2012.

Update: Intel tells us that while Thunderbolt will be featured on Ivy Bridge it will not be integrated into its 7-series chipsets. 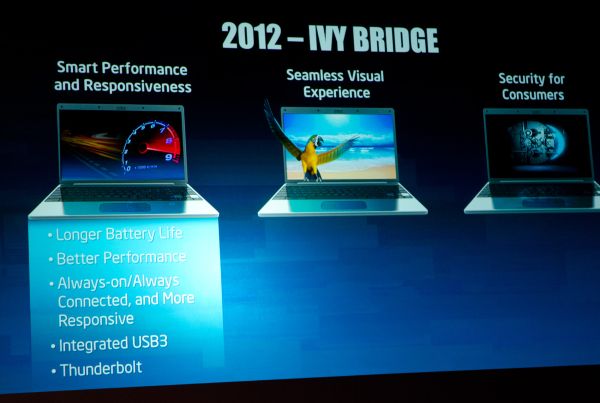