It's going to be a busy week for smartphones. We've got Google I/O, a bunch of finishing touches on the Droid Charge review, the Infuse 4G on its way, and early this morning yet another new device hit the doorstep. This time it's the HP Veer 4G which is slated to launch on AT&T May 15th.

We've been WebOS fans for a while now and are looking forward to HP's refresh of the entire WebOS lineup. Previous hardware was getting long in the tooth and unfortunately we haven't been able to take a look at WebOS 2.x until now. We're used to seeing flagship devices launch first and then smaller, thinner, lighter versions come later, but it appears HP wants to get new hardware out there as fast as possible, and is starting things with the Veer 4G. 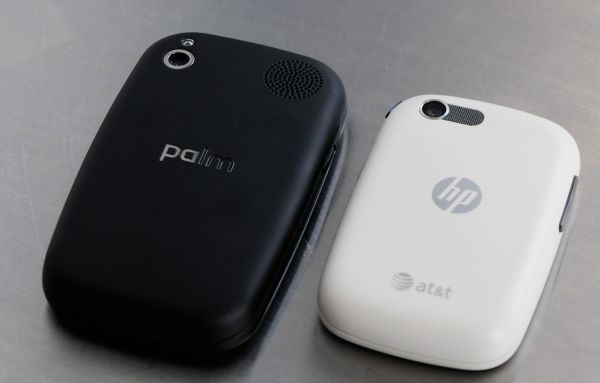 The Veer is tiny, the device's outline is about the size of a credit card. Next to the AT&T Palm Pre Plus, the Veer looks very small. Compared to the 4.3-inch devices I've been carrying and reviewing for so long now, its size is positively mind-blowing. 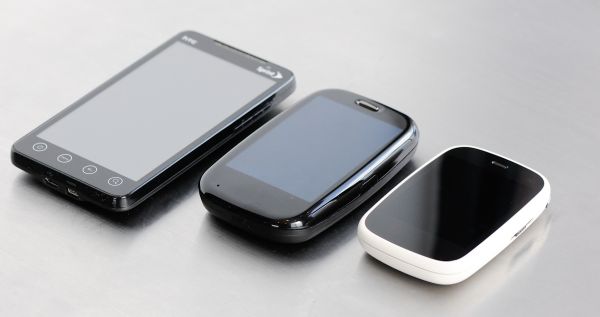 The Veer is essentially a ground-up refresh of the Palm Pixi. The two share the exact same 2.63 inch diagonal 320x400 sub HVGA LCD display and button-less gesture area. Where the two differ is surrounding form factor - the Veer abandons the candybar format in favor of the portrait slider carried by the original Pre, and as a result has a much smaller outline. The Veer will come in both black and white. 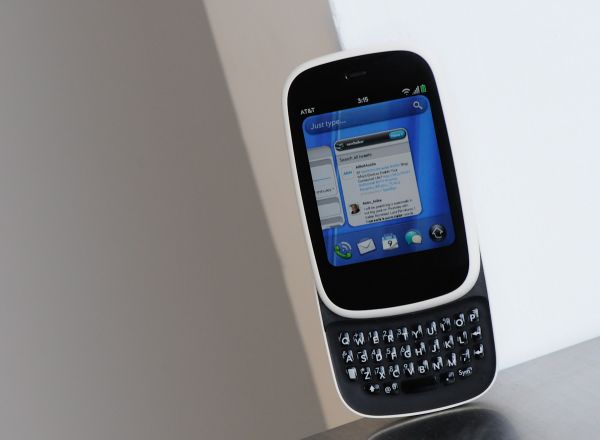 In addition the Veer is built around a much speedier SoC, Qualcomm's 800 MHz MSM7230 with Adreno 205 graphics, same as we first saw in the T-Mobile G2. It isn't quite as fast as this generation's 1 GHz frontrunners like Hummingbird or even MSM8x55, but MSM7230 makes the device substantially faster than the Palm Pre Plus I carried around for a while. On paper the Veer should perform better than the Pre Plus and Pixi, but behind the Palm Pre 2 and HP Pre 3. My mental comparison point is the Palm Pre Plus, and compared to it, everything on the Veer is smoother and faster.

The other big differentiator is the move from a 2 MP to 5 MP camera, though the optical system is still fixed focus. Thankfully capture is still incredibly speedy - you can still mash the capture button and snap a bunch of pictures in rapid succession.

We've run a few of our web benchmark tests from the usual suite and have results, but expect to see a lot more in the full review. 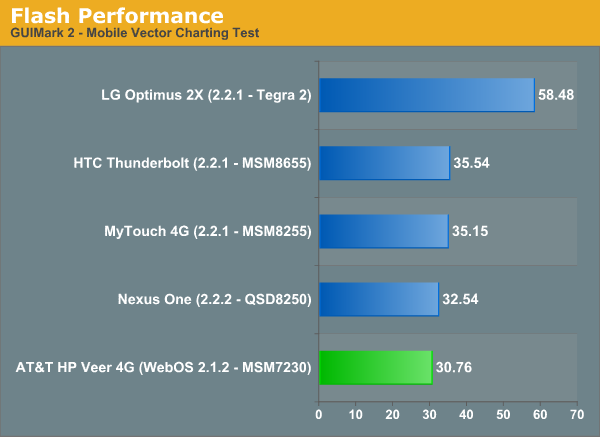 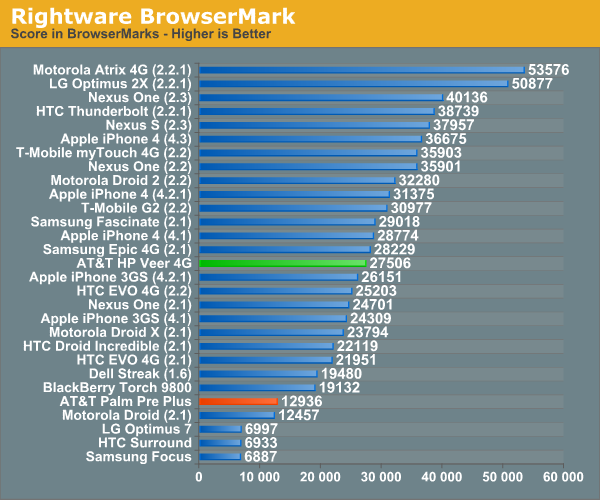 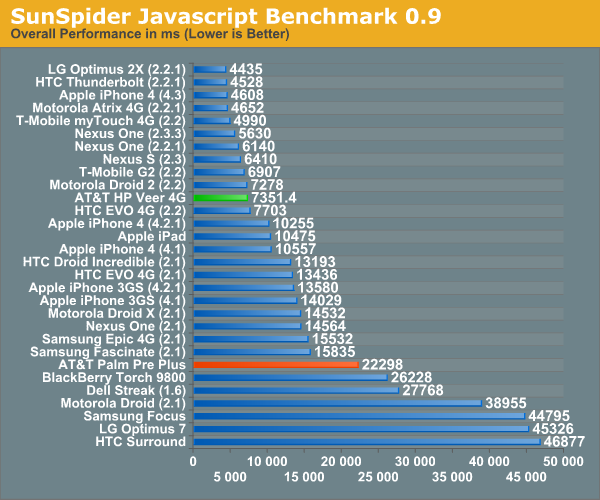 First impressions with the HP Veer are overall very good. Build quality is solid, as the Veer has a very sturdy feeling slider with none of the "oreo effect" that plagued the original Palm Pre for so long. In addition, the Veer also lacks the LCD pressure distortion that used to occur when the slider was closed sharply. The entire mechanism feels snappy and precise with absolutely no play. Buttons are clicky and responsive, nothing suffers from miniaturization thankfully. I've been using the Veer all day today with my own SIM inside (just like I do for every phone when appropriate) and thus far am impressed with how useable the whole thing is despite the miniaturized keyboard and relatively small display.

The only compromises the Veer does make as a result of its miniscule size are lack of a microUSB port and 3.5 mm audio jack, and a non-replaceable 910 mAh (3.3 Whr) battery. For USB connectivity and audio out, there are two proprietary magnetic adapters very reminiscent of Apple's MagSafe. We'll subject the Veer to our suite of battery life tests immediately and find out how much stamina the Veer has with such a small battery.

We've taken a bunch of photos of the Veer alone and alongside its larger predecessor and put them in a gallery for your perusal. Stay tuned for the full review later this week.