Intel spent a lot of time talking about Nehalem a year ago, but not much time on Westmere. It's the tick to Nehalem's tock, or in other words, it's 32nm Nehalem.

Unlike previous die shrinks, we don't get larger caches with Westmere - Nehalem was already too big to begin with. Westmere keeps the same architecture, same cache sizes (or ratios) as Nehalem. It's all built using smaller 32nm transistors and on a smaller die. For the same core count, expect Westmere to be roughly half the size.

But the same core counts aren't what you're going to get. I included the table below in yesterday's Core i7 920XM preview:

The Westmere products are Gulftown, Clarkdale and Arrandale. That's six, two and two cores. Lynnfield is the last quad-core on the roadmap for the foreseeable future. 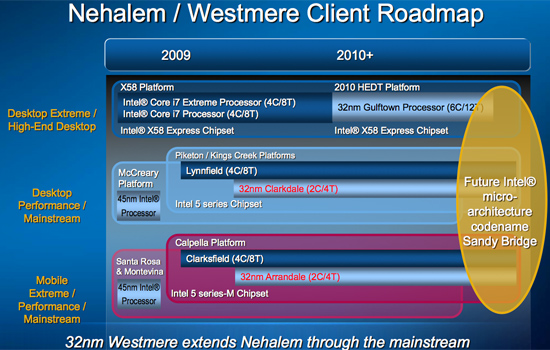 We'll talk about Gulftown later, but the focus today is Clarkdale with a little Arrandale. 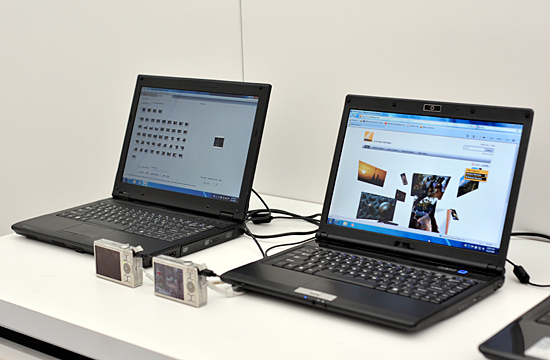 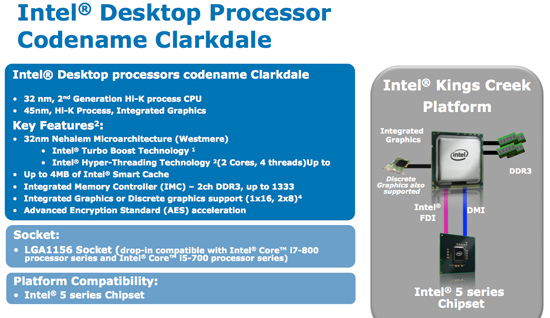