While the 9500 GT is a little lower in power use, the performance difference is huge as well. The 4670 drawing 139W competes in performance with the cards that draw about 30W more.

The card isn't passively cooled, but it is fairly quiet. For those who don't need absolute silence and want an HTPC that doubles as a gaming machine on a 720p TV, the 4670 might be the ticket. 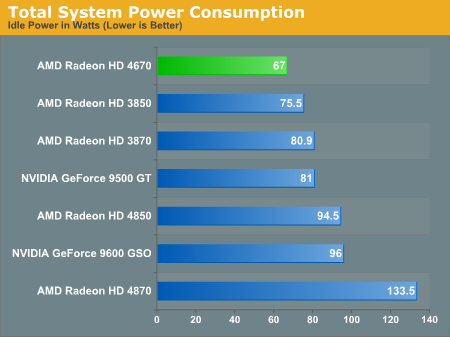 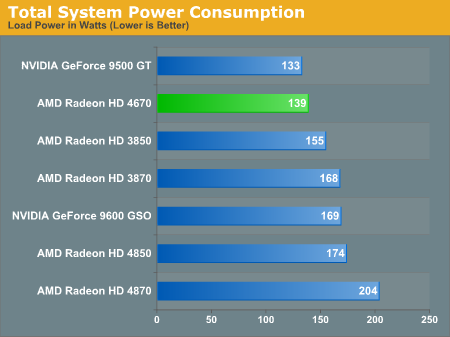