The following tests are designed to indicate the drives ability to load and shutdown Windows Vista Home Premium along with entering and resuming from hibernation.

These tests are fairly straight forward with our application timer measuring the time it takes for Windows Vista to enter standby with Excel and Photoshop Elements active with a large spreadsheet and several test images open. The Resume test measures the time it takes for the system to return to the desktop once the resume process is initiated. 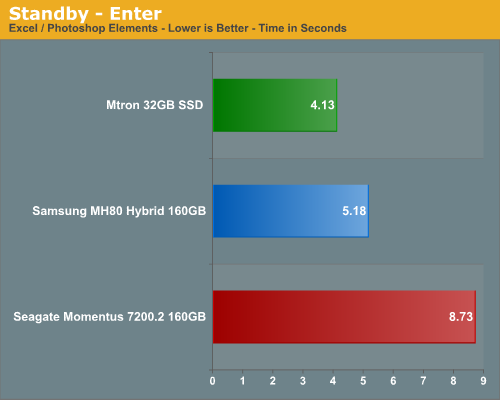 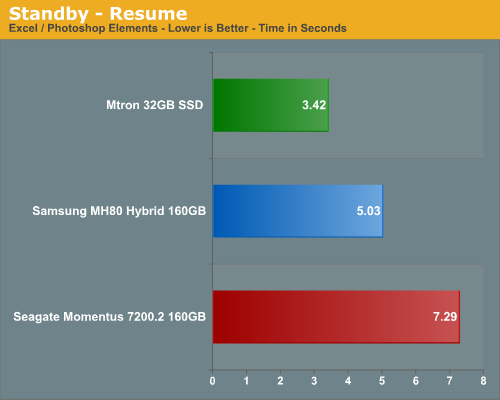 This test is dependent on write speeds for the standby section and read speeds for the resume operation. Windows Vista has been highly touted for its ability to use internal flash memory to write and store data for immediate retrieval via ReadyDrive so we should see some benefits with the Samsung drive. 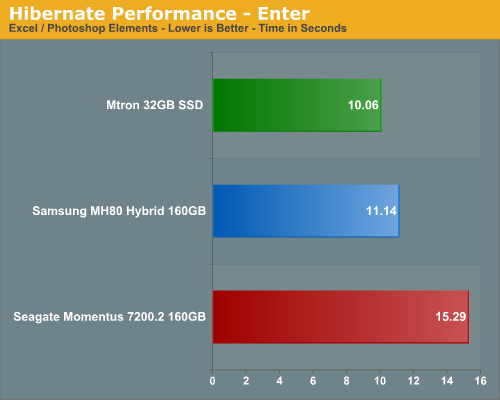 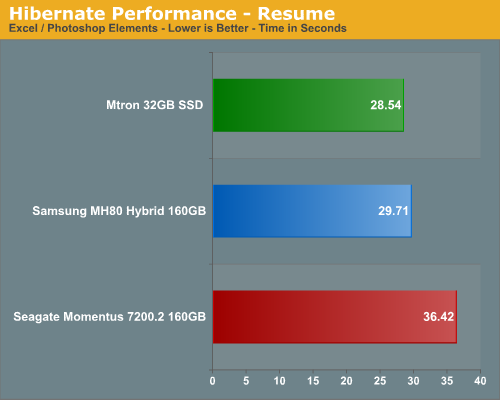 The resume results indicate the advantages of the SSD design in not having a mechanical spin-up and seek process along with increased access times in locating files. The Hybrid design compensates for the most part compensates by mitigating the slower mechanical operation with the large 256MB NAND flash buffer and Vista's ReadyDrive capability.