Today’s investigation into the new A15 is just scratching the tip of the iceberg of what Apple has to offer in the new generation iPhone 13 series devices. As we’re still working on the full device review, we got a good glimpse of what the new silicon is able to achieve, and what to expect from the new devices in terms of performance.

On the CPU side of things, Apple’s initial vague presentation of the new A15 improvements could either have resulted in disappointment, or simply a more hidden shift towards power efficiency rather than pure performance. In our extensive testing, we’re elated to see that it was actually mostly an efficiency focus this year, with the new performance cores showcasing adequate performance improvements, while at the same time reducing power consumption, as well as significantly improving energy efficiency.

The efficiency cores of the A15 have also seen massive gains, this time around with Apple mostly investing them back into performance, with the new cores showcasing +23-28% absolute performance improvements, something that isn’t easily identified by popular benchmarking. This large performance increase further helps the SoC improve energy efficiency, and our initial battery life figures of the new 13 series showcase that the chip has a very large part into the vastly longer longevity of the new devices. 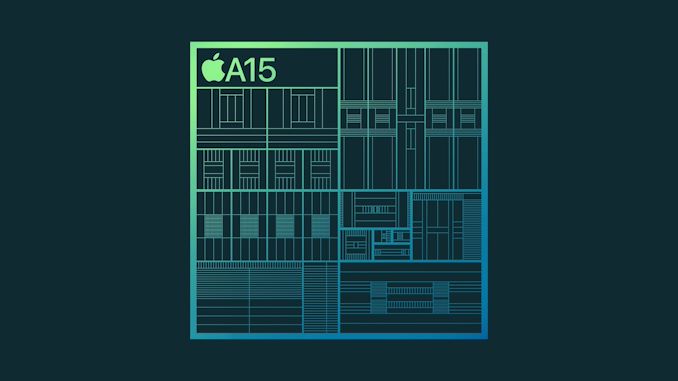 In the GPU side, Apple’s peak performance improvements are off the charts, with a combination of a new larger GPU, new architecture, and the larger system cache that helps both performance as well as efficiency.

Apple’s iPhone component design seems to be limiting the SoC from achieving even better results, especially the newer Pro models, however even with that being said and done, Apple remains far above the competition in terms of performance and efficiency.

Overall, while the A15 isn’t the brute force iteration we’ve become used to from Apple in recent years, it very much comes with substantial generational gains that allow it to be a notably better SoC than the A14. In the end, it seems like Apple’s SoC team has executed well after all.