The GeForce4 Ti 4200 GPU is identical to its faster brothers in terms of features, the only differences that exist are in its default clock speeds. The below table should help you distinguish the models:


On a board-level, the Ti 4200 is significantly different from its more expensive siblings. In order to meet the $200 price point, NVIDIA had to move down to a cheaper 6-layer PCB instead of the 8-layer boards used for all of the Ti 4400/4600 cards. There is also significantly less power regulation circuitry on the PCB itself which is made possible by the lower clocked core and memory chips. 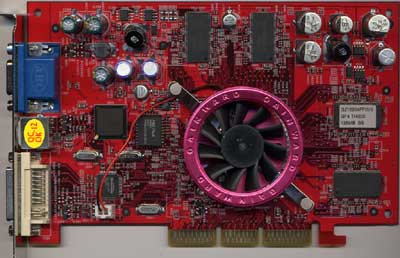 All of these PCB changes make the 4200 look very much like a GeForce3 Ti 500 but don't get the two confused, as you're about to see, the performance difference is noticeable. 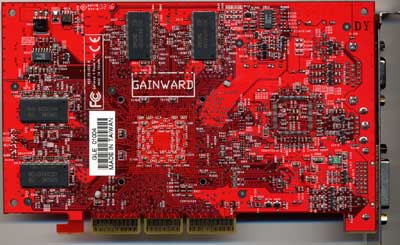 The 4200 that Gainward sent to us was a 128MB card meaning it had a total of 8 - 16MB DDR devices each rated for 4ns operation. Taking the inverse of 4ns gives you a clock speed rating of 500MHz for the Samsung memory on the board. You must keep in mind that memory isn't rated absolutely however and this doesn't mean that all of the memory will be able to run at 500MHz.

Since the memory clock for the 128MB cards is set at 444MHz these 4ns chips work just fine for that speed and even allow for a bit of overclocking headroom.