To tell the truth, I hadn't had much experience with Chrome OS before using the Chromebook Pixel. Years ago I installed Chromium OS to see what it was like, but I quickly wrote it off as far too limited to perform the tasks that I do on a daily basis. Since then, web applications have improved immensely, and Chrome OS itself has had new applications added and changes made to the interface to make it feel more like a typical operating system. But at its heart, it's still just Chrome and web apps, and so it was interesting to see what could be done within those bounds. 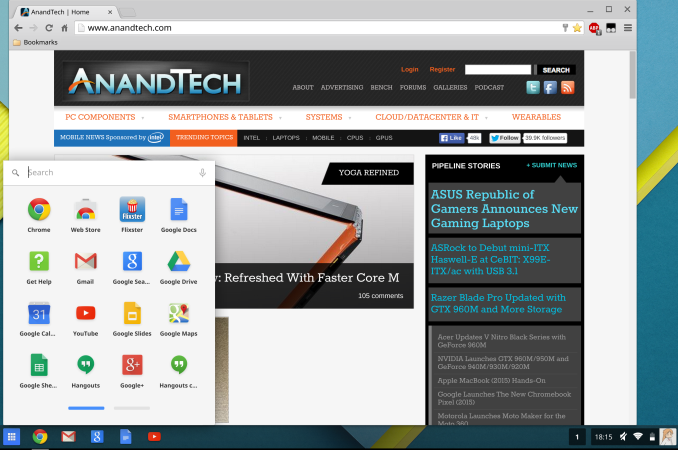 When you first get your Chromebook you'll be asked to log into your Google account. From that point, you're sent right to what could be called the home screen for Chrome OS. At the bottom you have a shortcut to Chrome, along with shortcuts to other Google products like Docs and Gmail which are actually just links to the website for each respective product. However, not all Chrome OS applications run within Chrome. There's a Calculator application which greatly resembles the Android Lollipop calculator, and a Files application to view your removable storage and downloads in addition to showing your files stored in Google Drive.

At this point you're basically ready to go. There aren't many settings to change or any applications to configure once you've signed in with your Google account. In fact, if you're already invested in Google's ecosystem you'll be able to start editing your Google Docs files and access your Google Drive immediately. I do use Google drive, but I use Microsoft Office instead of Google Docs, Sheets, and Slides for editing documents which could pose a problem. Luckily, Office has moved to the cloud and so users who don't edit their documents using Google's software aren't left out in the cold. 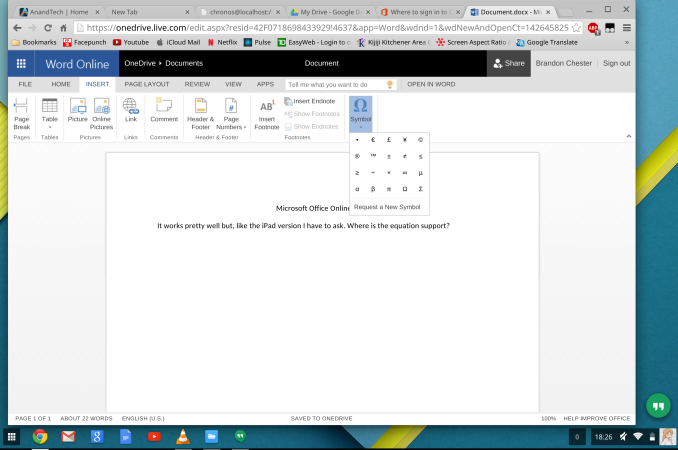 Unfortunately, many cloud counterparts to desktop software are missing important features. In the case of Office, you lose many formatting tools, including the ability to insert equations which is a tool I use frequently. Charts and text boxes are also removed in the cloud version of Word. I understand the need to simplify these applications when they're being run in a web browser, but it doesn't change the fact that many tools users expect to be there are missing.

How Google's office application handle files can also be somewhat problematic. I'm sure most people have been sent a file in one of Microsoft's Office formats at some point in their lives. Google claims somewhere around 90% feature compatibility with Microsoft Office files. On one hand, this is pretty impressive for software that runs in a web browser. But on the other hand, when you only have 90% feature compatibility, you're basically completely incompatible with every file that uses any feature from that last ten percent. Importing a PowerPoint file to Google Slides will cause objects like charts to just be completely erased, and I would hardly consider the use of charts in PowerPoint presentations to be uncommon. 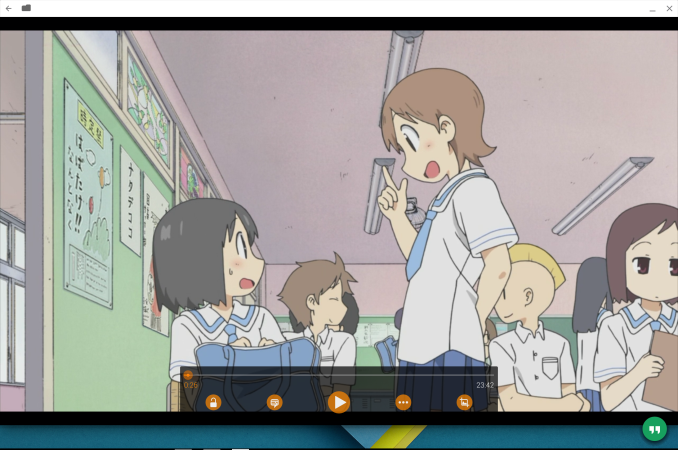 For media playback, the default video and music applications are more than sufficient for most users. Google even has support for the Matroska container which is more than can be said for other operating systems. For playing back less common file types, or videos with subtitles, the built in players aren't quite up to the task. Luckily, the Android version of VLC is slated to come to Chrome OS in the near future via the App Runtime for Chrome. Google was able to provide me with a debug version to see how well it worked. It definitely needs some polish, but there's still quite some time between now and release, and I don't know how up to date the debug build I'm using is.

Overall, I think that Chrome OS still does a pretty good job of handling files that come from a Windows PC world. There's still work to be done though, and anybody who's considering the Pixel or any other Chromebook should understand what they're getting into. 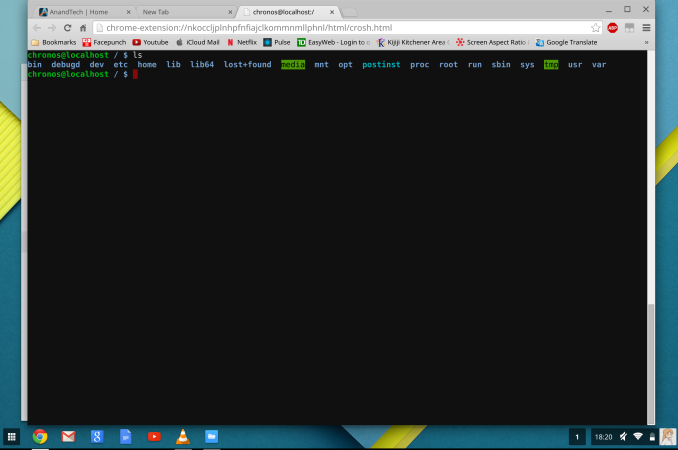 For users who want to play around with the underlying Linux core of Chrome OS, there's a fully functional shell which is accessible via Chrome after putting the laptop into developer mode. This allows you to access more of the file system, and you can even install versions of Ubuntu or Debian using Crouton. Obviously I can't recommend doing so due to the potential security and stability risks, but the options are available for any users who are interested. The Chrome OS shell already has the ability to connect to another computer via SSH once developer mode is enabled, and it opens up a whole new world of possibilities for the Pixel.

I'm definitely more open to using Chrome OS than I was when the original Pixel launched. I know that many users would be able to do everything they currently do on Windows with a Chromebook. However, those users aren't likely to be the ones who are looking for a $1000 laptop. For me personally, Chrome OS is still too limited, and it will probably always be too limited for me to use as a primary operating system. But it's an interesting idea, and with Google working with developers to get Android applications brought over to Chrome OS there's no telling what the state of Chrome OS will be by the time a Pixel v3 rolls around.