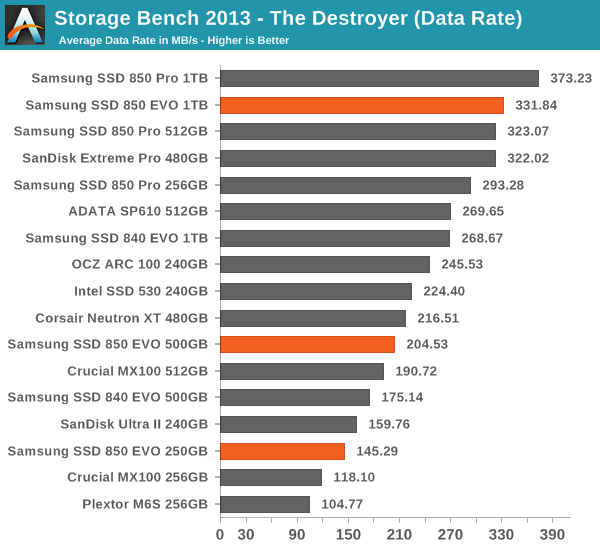 The faster NAND and better IO consistency results in increased performance in our 2013 Storage Bench. The 1TB version shines in the test and isn't far from the 850 Pro, but the 500GB and 250GB models end up being middle-class performers. Especially the performance of the 250GB model is a bit underwhelming because it is beaten by the Ultra II, even though the 850 EVO should have a performance advantage thanks to V-NAND. 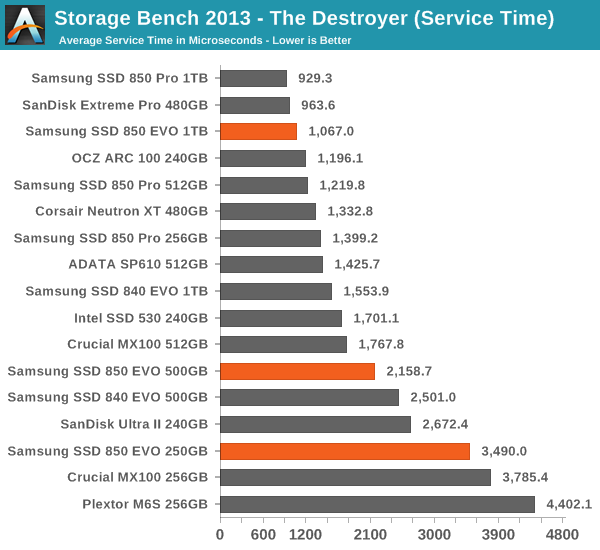