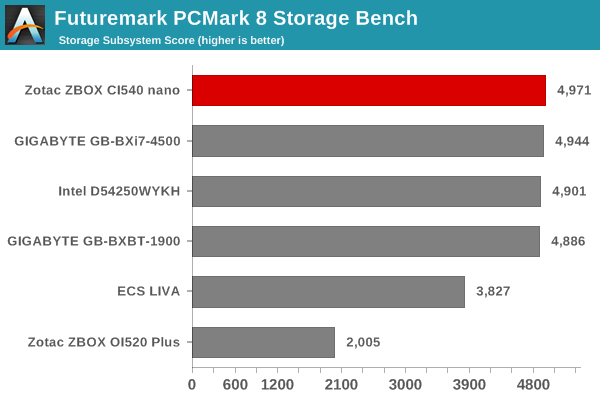 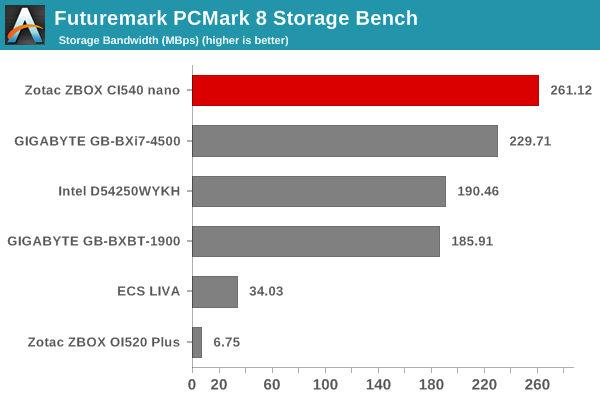 The choice of the Samsung 840EVO makes more sense with the CI540 nano compared to the BXBT-1900. The storage bandwidth is heavily dependent on how fast workloads get processed, and the Bay Trail-D part is no match for the Haswell Y-series model.

On the networking side, we restricted ourselves to the evaluation of the WLAN component. Our standard test router is the Netgear R7000 Nighthawk configured with both 2.4 GHz and 5 GHz networks. The router is placed approximately 20 ft. away, separated by a drywall (as in a typical US building). A wired client (Zotac ID89-Plus) is connected to the R7000 and serves as one endpoint for iPerf evaluation. The PC under test is made to connect to either the 5 GHz (preferred) or 2.4 GHz SSID and iPerf tests are conducted for both TCP and UDP transfers. It is ensured that the PC under test is the only wireless client for the Netgear R7000. We evaluate total throughput for up to 32 simultaneous TCP connections using iPerf and present the highest number in the graph below. Note that the CI540 nano supports 802.11ac which can operate only in the 5 GHz range. 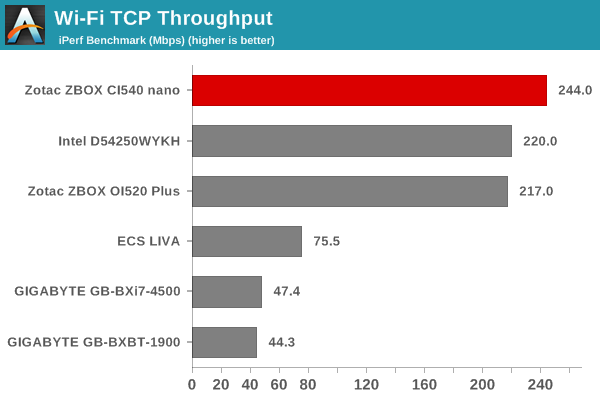 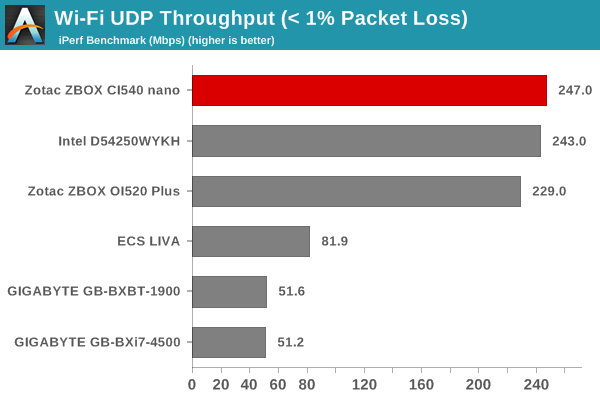 Despite the same WLAN setup (Intel AC3160) being used in the OI520 Plus as well, the improvements in the drivers and the antenna orientation have led to higher throughputs with the CI540 nano.