When comparing CPUs to APUs, one strength shown by team Blue in the past is the discrete GPU performance. When using dual graphics cards at a 1920x1080p resolution, at a lower amount of CPU power overall, there tends to be a significant amount of variance when extra CPU performance is applied. While it seems the overclock numbers are nice for a Pentium, a little extra money for an i3 at stock seems to be the choice here. 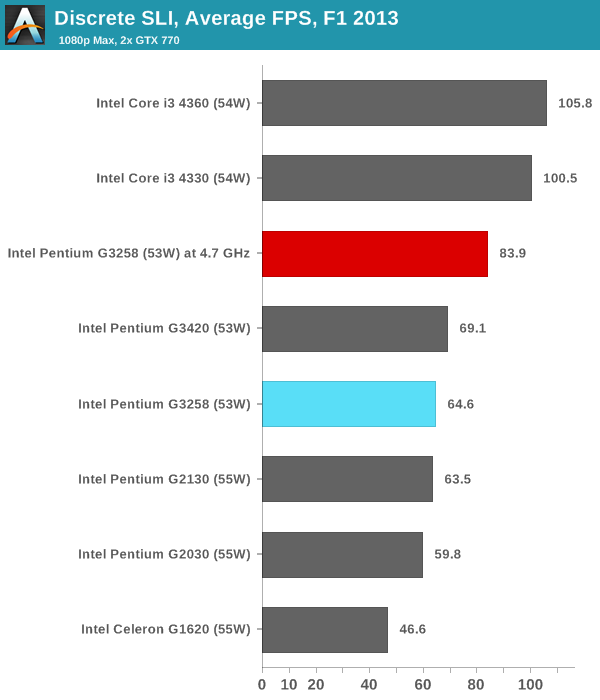 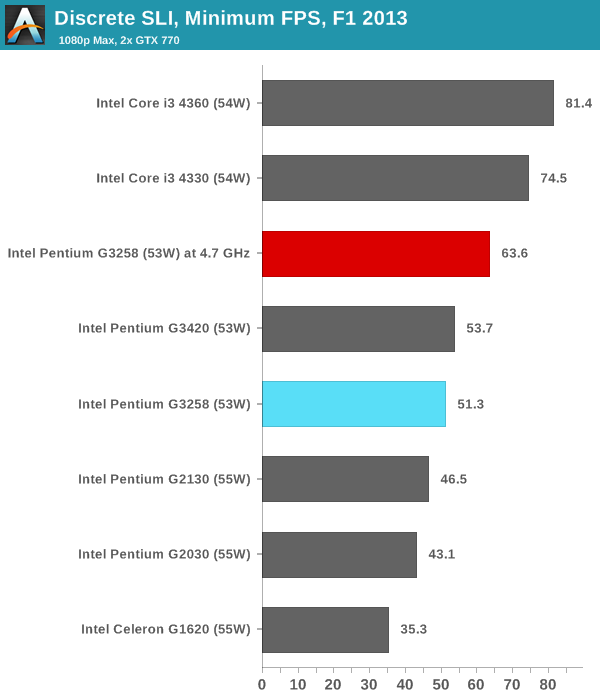 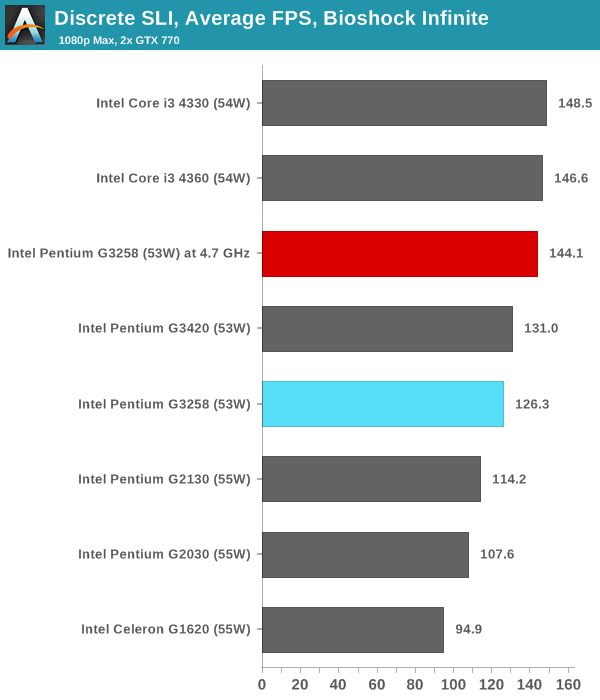 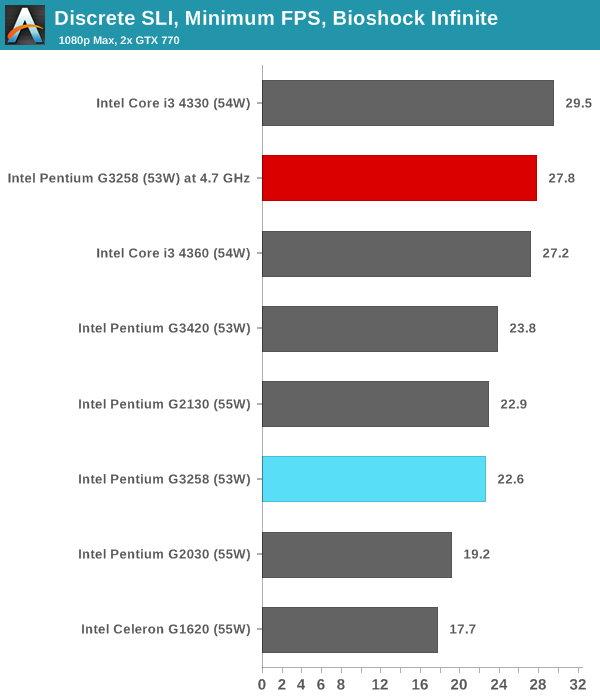 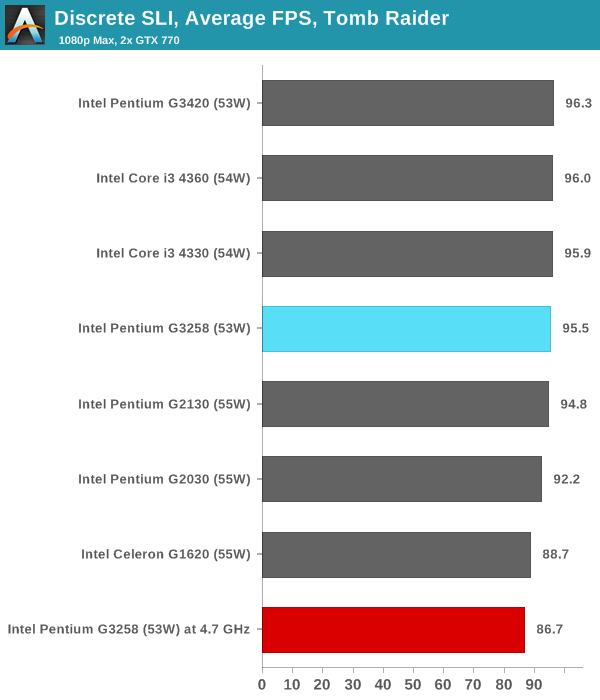 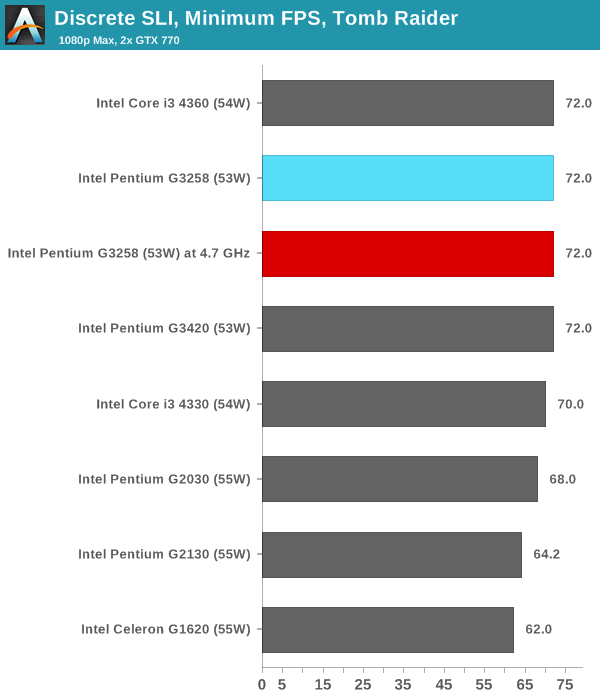 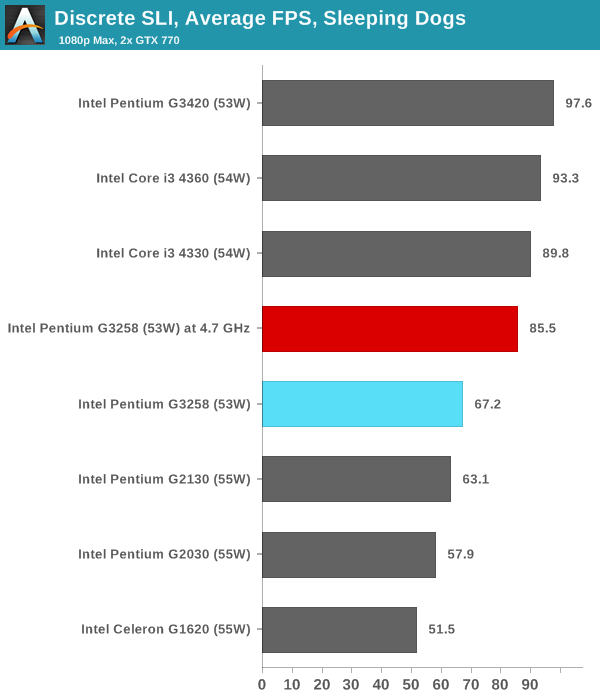 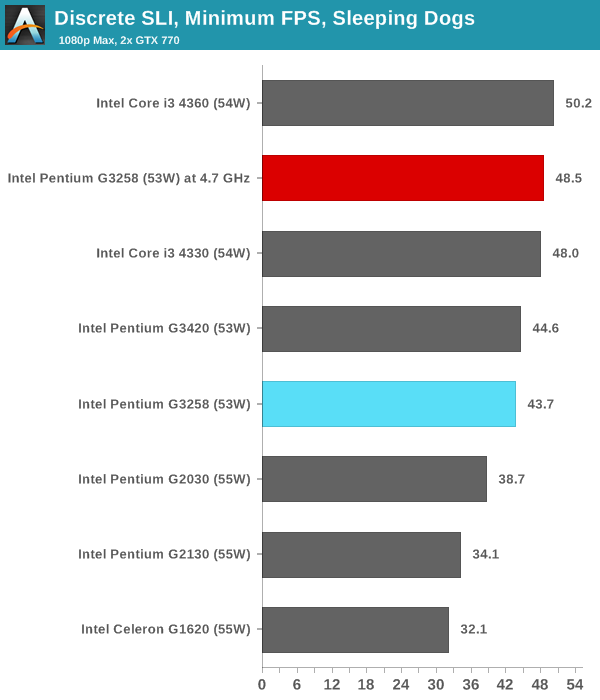 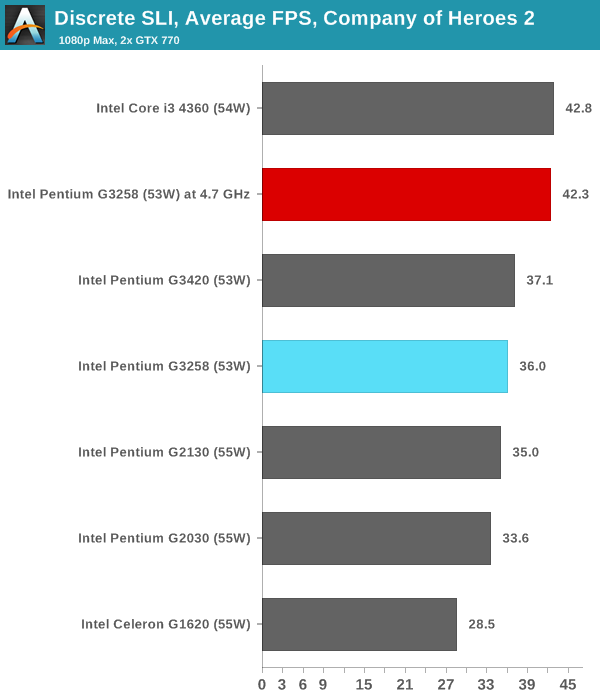 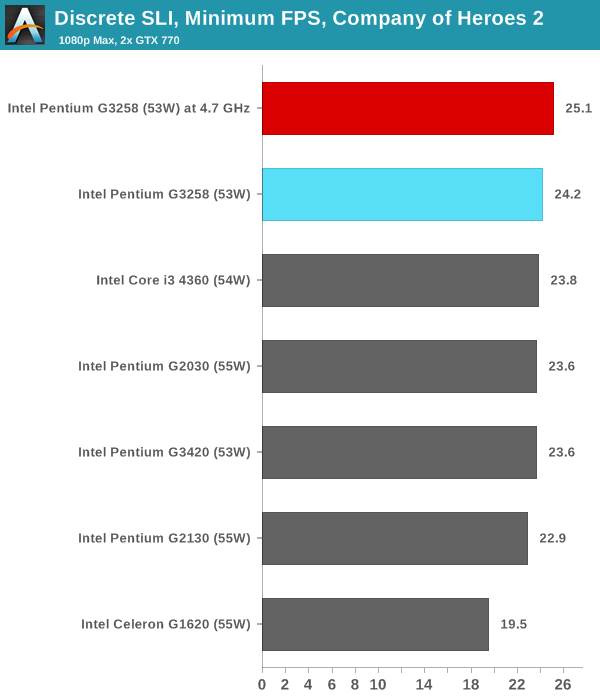 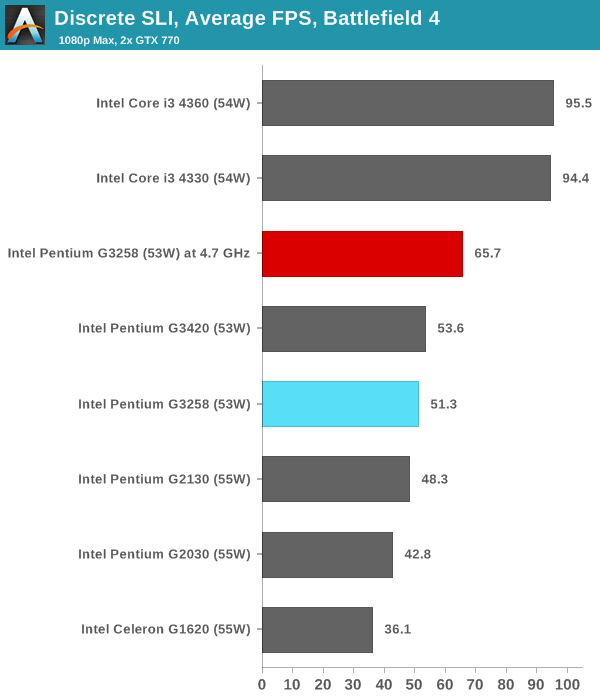 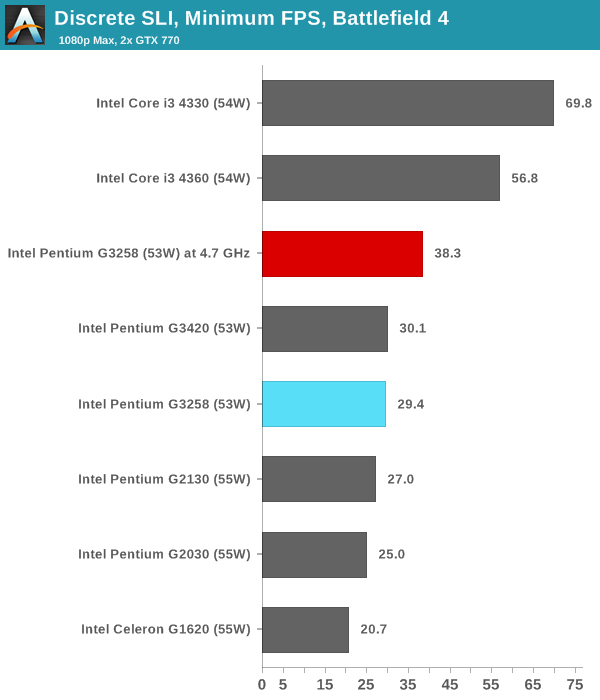 All of our titles, except Tomb Raider, get a significant increase from overclocking the CPU.  However, it is worth noting (especially in titles such as Battlefield) that using and i3 from the start gets an even better result. This is because the gaming industry has moved on from the last overclockable dual core Intel CPU - games can now take advantage of more cores, and that jump from 2 cores to hyperthreading lets a high end title stretch its legs a little more than a simple overclock.