As always we’ll also take a quick look at synthetic performance, though as GTX 780 is just another GK110 card, there shouldn't be any surprises here. These tests are mostly for comparing cards from within a manufacturer, as opposed to directly comparing AMD and NVIDIA cards. We’ll start with 3DMark Vantage’s Pixel Fill test. 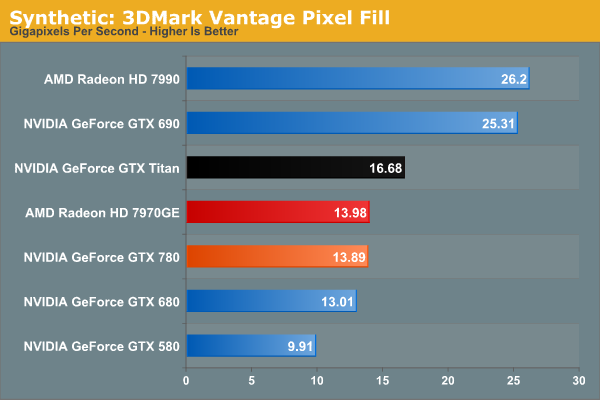 Pixel fill is traditionally bound by ROP and memory throughput, but with enough of both the bottleneck can shift back to the shader blocks. In this case that’s exactly what happens, with the GTX 780 trailing GTX Titan by about the theoretical difference between the two cards. On the other hand it’s very odd to see the GTX 680 get so close to the GTX 780 in this test, given the fact that the latter is more powerful in virtually every way possible. 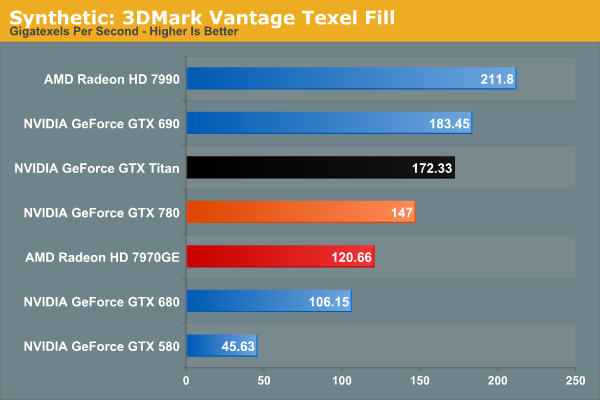 Unlike pixel fill, texel fill is right where we expected it to come in compared to cards both above and below the GTX 690. 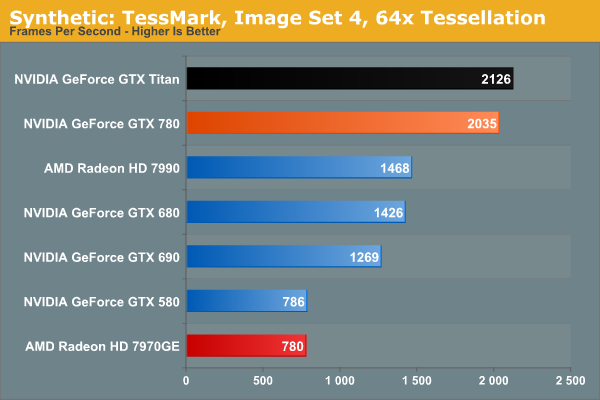 NVIDIA’s tessellation performance is strongly coupled to their SMX count, so the high number of SMXes (12) on the GTX 780 helps it keep well ahead of the pack. In fact we’re a bit surprised it didn’t fall behind GTX Titan by more than what we’re seeing. On the other hand the lead over the GTX 580 is right where we’d expect it to be, showcasing the roughly trebled geometry performance of GTX 780 over GTX 580.