Our next benchmark is Shogun 2, which is a continuing favorite to our benchmark suite. Total War: Shogun 2 is the latest installment of the long-running Total War series of turn based strategy games, and alongside Civilization V is notable for just how many units it can put on a screen at once. Even 2 years after its release it’s still a very punishing game at its highest settings due to the amount of shading and memory those units require. 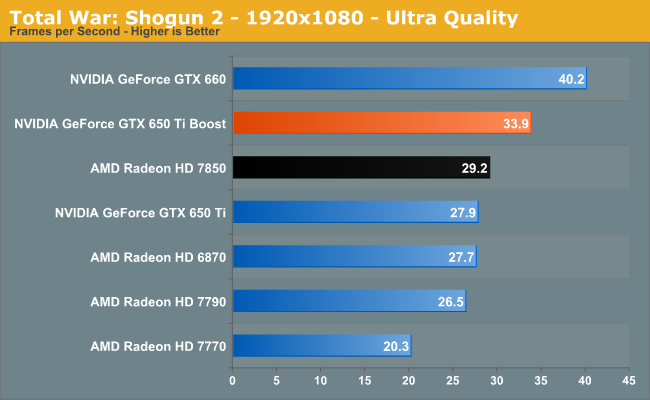 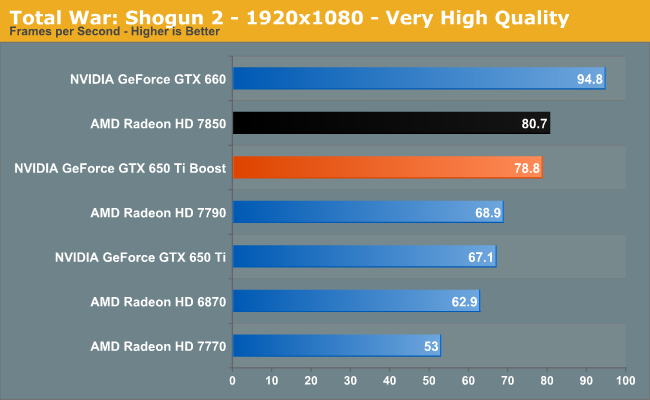 Shogun at Ultra quality has been favoring our NVIDIA cards as of late. As a result the GTX 650 Ti Boost becomes the cheapest card to cross the 30fps threshold at these Ultra settings. Though at the more meaningful very high quality settings, we get something that’s more an archetypical outcome for these cards, with the GTX 650 Ti Boost in close pursuit of the 7850 and clearly ahead of the 7790. This is a shader bound game, so compared to the vanilla GTX 650 Ti, the boost variant picks up some performance, but it’s still not enough to even halve the gap to the GTX 660.