I have to admit, Trinity's CPU performance made it a lot closer to Intel's Core i3 3220 than I expected it to. In the worst case there's still a huge gap in single threaded performance, but even SYSMark 2012 only shows Intel's Core i3 3220 with a 12% performance advantage. Multithreaded workloads do reasonably well on Trinity as well. Intel pulls ahead in some, while AMD does in others and there's another selection of applications/workloads where we see performance parity between similarly priced Trinity and Ivy Bridge parts. A big part of all of this is Intel disabling features on its Core i3 (the lack of turbo hurts), but Piledriver's high clock speeds and AMD's pricing strategy both play a role here as well.

The big exception to all of this is high-end gaming performance. If you're planning on pairing a beefy GPU with a cheap CPU, you're much better off going with Intel than AMD at this point. Single threaded performance is still far too important to most gaming workloads for the recommendation to be anything different. 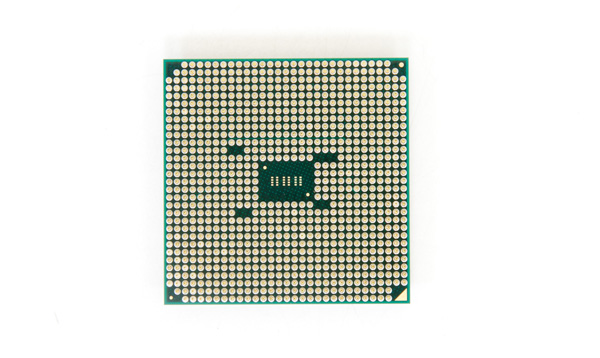 As I mentioned earlier, Trinity's CPU performance puts the buying decision squarely in the tradeoff evaluation zone. Once again what matters the most is how important Trinity's GPU is to you. AMD holds a clear advantage there if you're going to use it, otherwise the decision is heavily weighted towards Intel. Intel holds a power consumption advantage and a clear single threaded performance advantage, while there are some specific workloads that will do better on Trinity (e.g. AES-NI accelerated apps, heavily threaded integer applications).

Overall Trinity is a step forward from Llano. It's not enough to make the job of recommending the APU any less complex than what I've outlined above however. Depending on what you plan on doing with your system, Trinity is either going to be perfect or a distant second.

What I am happy to see is AMD putting a little competitive pressure on Intel here. Offering unlocked K SKUs, features like AES-NI and great GPU performance at these price points is important. I don't believe Trinity is strong enough on the CPU side to really force Intel to do the same with the Core i3, but we do need AMD to keep doing this and getting better each time.