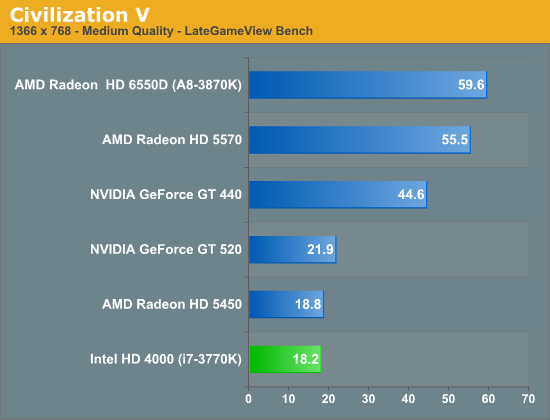 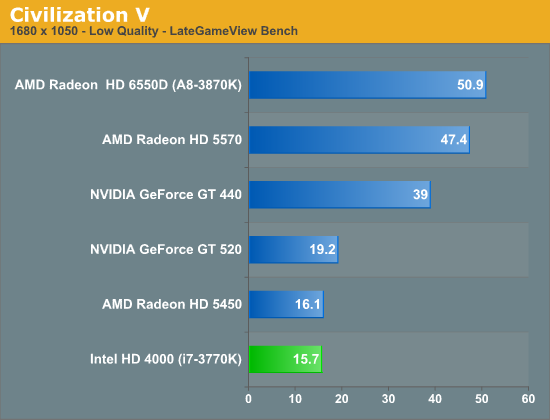 Unfortunately this ends up being the worst showing for Ivy Bridge. It's ever so slightly trailing the Radeon HD 5450 here, never mind the faster dGPUs or Llano. As we'll see in our compute benchmarks DirectCompute performance plays a large part here, but even then it doesn't explain why CivV performance is quite this low. As a result Llano is once again well in the lead, with Ivy Bridge only reaching some 30% of Llano's performance.