Before we get to the display and Thunderbolt specific testing I wanted to confirm that the individual controllers in the Thunderbolt Display were just as capable as those in the Mac it was connected to. For the most part, they are.

Next I tested performance over FireWire 800 and USB 2.0. For FireWire 800 I used a Western Digital My Book Studio Edition II configured in RAID-1 and measured peak read speed from the device. For USB testing I turned to a Corsair Flash Voyager 3.0 (USB stick) and a SF-2281 SSD connected to a SATA-to-USB bridge. In both of the USB tests I measured write speed to the USB 2.0 devices. Apple appears to have chosen its FireWire controller well as performance was only off by 2MB/s compared to the FW800 port on the 15-inch MacBook Pro. USB 2.0 performance wasn't nearly as good however, I maxed out at 16.4MB/s and saw typical rates closer to 15MB/s:

Both the audio controller and FaceTime HD cameras interface via the Thunderbolt Display's internal USB controller. It's likely that one of those devices is forcing the controller to negotiate at a lower speed and thus ultimately limit peak USB 2.0 performance through the display. Note the gap in performance is much smaller if you're looking at transfers to a USB stick vs. an SSD. I happen to have a lot of SSDs around so I tend to use them as glorified USB sticks, I suspect the majority of users won't notice much of a difference due to the lower overall performance of standard USB sticks.

Although Photo Booth in Lion captures at 1080 x 720, using iSightcapture I was able to confirm that the sensor in the Thunderbolt Display appears to be able to capture 1280 x 720 natively. Quality is what we'd come to expect from the current generation of FaceTime HD cameras. 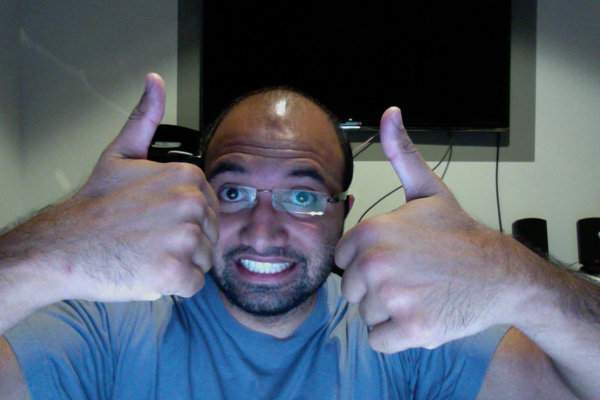 I tested the camera both in Photo Booth and in a FaceTime chat with our own Brian Klug. The experience worked fine in both cases. 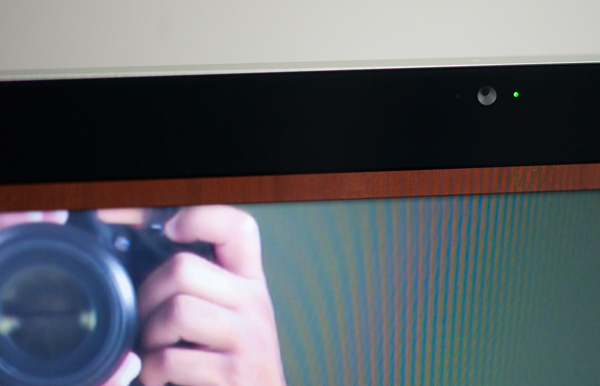 FaceTime seems to have issues when one party is in a noisy environment but that doesn't appear to have anything to do with the Thunderbolt Display hardware as I duplicated the issue on a MacBook Air as well. If you're curious, the problem I'm talking about occurs when the party in a quiet environment is trying to talk to the person with a lot of background noise. The quiet party will hear audio just fine but the noisy party will get a lot of broken up audio from the other side. It seems like FaceTime is trying to do some active noise cancelation that ends up doing more harm than good. I confirmed it's a FaceTime software problem by calling Brian via Skype without any issues.