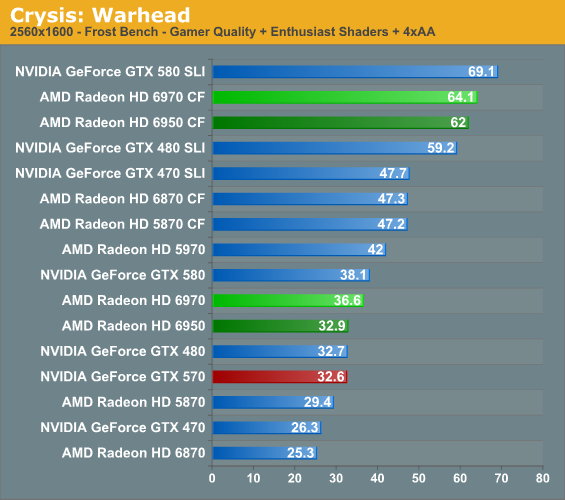 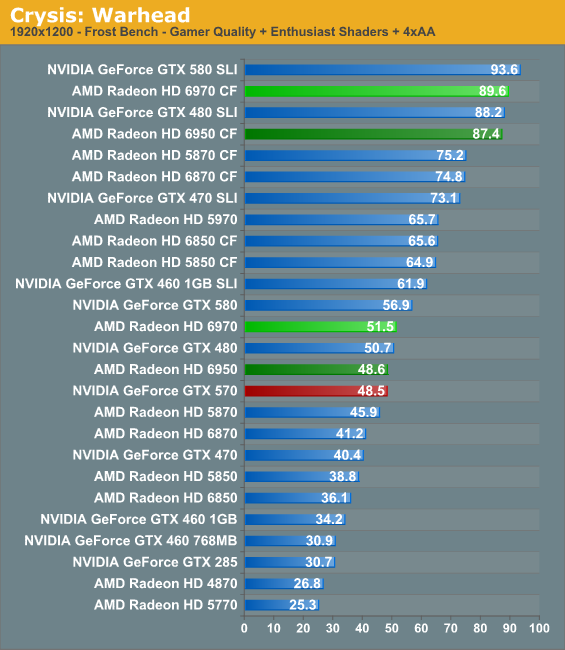 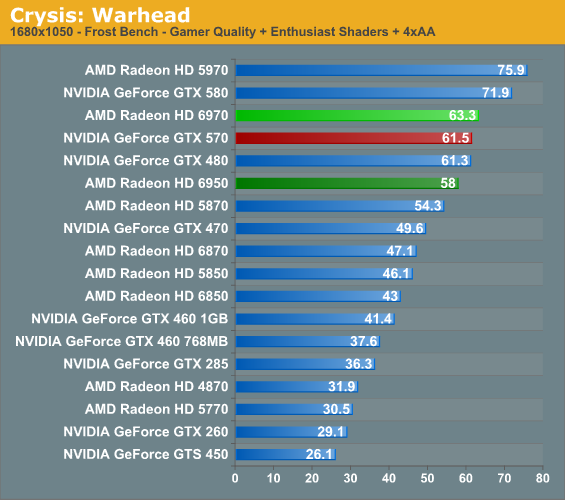 Crysis starts things off well for AMD. Keeping an eye on 2560 and 1920, not only does the 6970 start things off with a slight lead over NVIDIA’s GTX 570, but even the cheaper 6950 holds parity. In the case of the 6900 series it also hits a special milestone at 2560, being the first AMD single-GPU cards to surpass 30fps. This also gives us our first inkling of 6950 performance relative to 5870 performance – as expected the 6950 is faster, but at 5-10% not fantastically so. Crysis does push in excess of 2mil polygons/frame, but the 6900 series’ improvements are best suited for when tessellation is in use.

Meanwhile our CrossFire setups are unusually close, with barely 2fps separating the 6970CF and 6950CF. It’s unlikely we’re CPU limited at 2560, so we may be looking at being ROP-limited, as the ROPs are the only constant between the two cards. 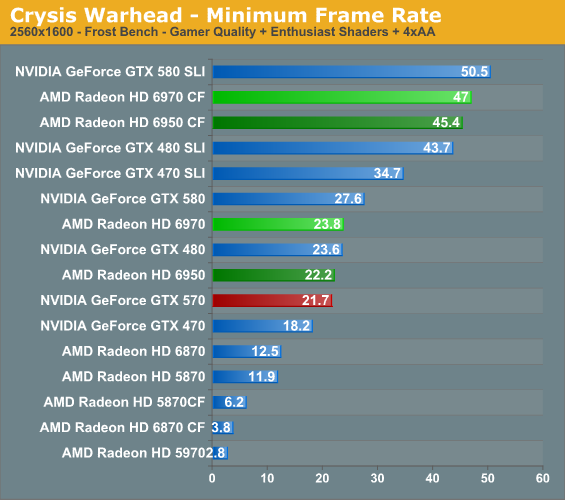 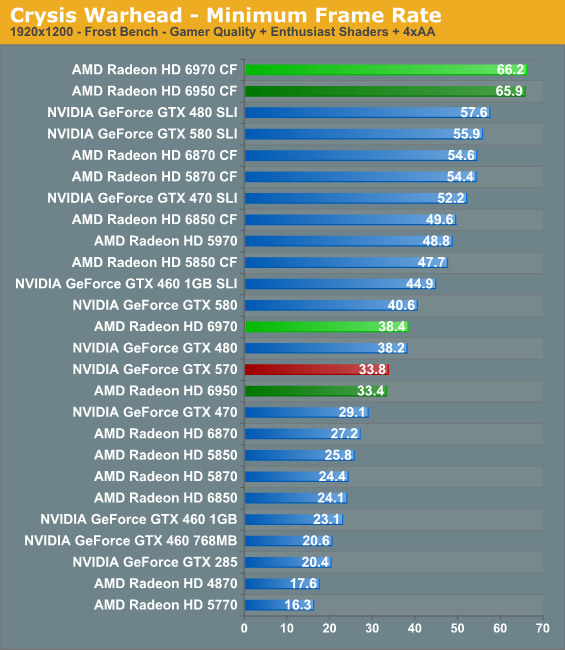 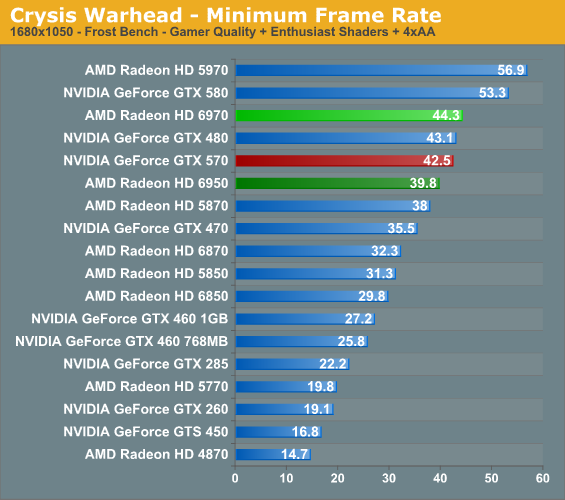 With 2GB of RAM our AMD cards finally break out of the minimum framerate crash Crysis experiences with 1GB AMD cards. Our rankings are similar to our averages, with the 6970 taking a small lead while the 6950 holds close to the 570.