by Wesley Fink on July 13, 2005 12:05 AM EST
72 Comments | Add A Comment
72 Comments + Add A
Comment
As we reported form Computex, the talk of the show was ATI's new Crossfire dual-video solution for AMD and Intel. Part of that talk was the development work done with ULi on the ATI South Bridge and the cross-compatibility of the ULi South Bridge using the ATI chipset. ULi is what remains of the ALi chipset division of Acer, and this now independent chipmaker has been very busy in several arenas. In addition to South Bridges which can work with the chipsets of other manufacturers, ULi also makes single-chip and dual-chip solutions for Athlon 64.

ATI certainly had the spotlight with their new chipset, but one of the newest and most interesting chipsets introduced at Computex was also from ULi - the M1695 HyperTransport PCI Express Tunnel Chip for AMD Athlon 64 platforms. 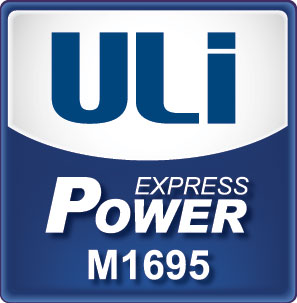 Just a month after the Computex launch, ULi has provided a Reference Board for their new chipset based on the M1695 coupled with a M1567 South Bridge. This combination is significant because it provides a full x16 PCIe video slot with an AGP 8X slot. ULi tells us that this is a full-performance AGP slot without compromise. We have seen others try to provide AGP support (ECS, Biostar) on a PCIe board by deriving the AGP from PCI, but these solutions were 50 to 60% the performance of a true 8X AGP, negating much of the reason for the AGP slot. This ULi solution, however, is a full-performance AGP 8X, combined with a full-performance x16 PCIe. 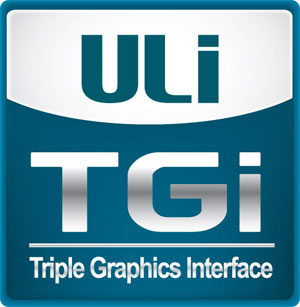 The ULi M1695/M1567 is really even more as it also supports PCI graphics. With this ULi chipset, you can simultaneously use PCI Express X16, AGP 8X, and PCI graphics. As ULi puts it in their Press Release: