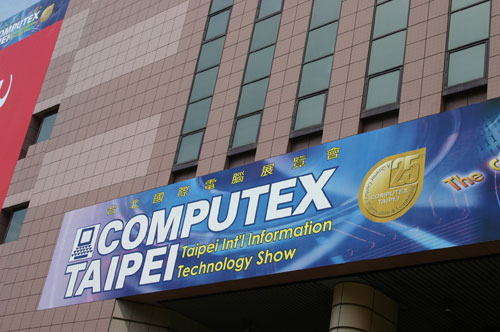 In this article we've got more pictures of NVIDIA's G70, pictures of all of the CrossFire motherboards from manufacturers at the show, a look at cooling at Computex, benchmarks of ULi's new Socket-939 chipset and much more. 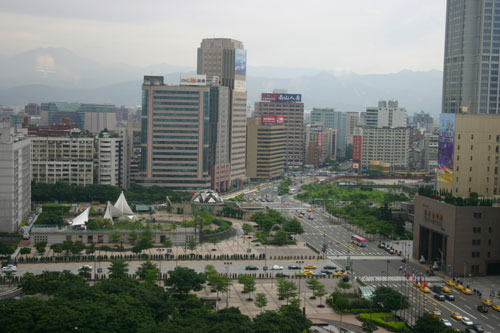 If you haven't already, be sure to check out coverage from earlier in the week:

Gigabyte's i-RAM card generated quite a bit of interest in our Early Bird Computex Coverage, so we decided to bring you all some more pictures and information about the solution.

As we alluded to in our initial article, the i-RAM card features 4 DIMM slots and supports DDR200 DIMMs. You can use faster memory but it will only run at DDR200. 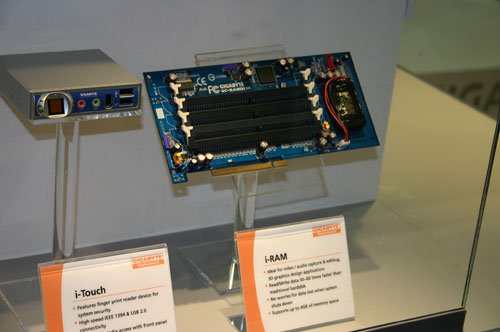 Below you can see the i-RAM card populated and in action: 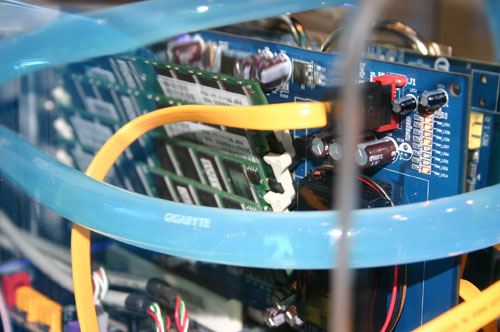