As we mentioned in our IDF coverage, Intel has dropped the number 4 from their naming for their dual core parts.  The new dual core desktop CPUs will simply be called the Pentium D and the Pentium Extreme Edition. 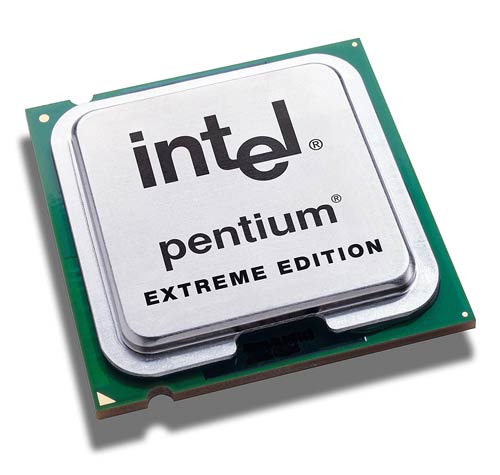 Both the Pentium D and Pentium Extreme Edition are nothing more than two 90nm Prescott 1M dies glued together.  That means that each core has its own 1MB L2 cache, and that also means that architecturally, these chips are no different than the single core Pentium 4s that are out today - other than the obvious dual core fact.

While the Pentium D will be offered in three speed grades, from 2.8GHz up to 3.2GHz, the Extreme Edition will only be launched at 3.2GHz.  Note that the fastest single core Pentium 4s run between 3.6GHz and 3.8GHz, so there is a significant clock speed penalty paid by going to dual core.