On the box, both processors are listed as having 65 W TDPs. With its Zen-based hardware, AMD has been relatively good at staying around that official on-the-box value, even during turbo. In the last generation, AMD introduced a feature called PPT, or Package Power Tracking.

This allows the processor to raise its power limits, assuming it isn’t breaching thermal limits or current limits, and consequently raise the frequency. As a result, while we see 65 W on the box, the real world power consumption during most tasks is likely to be nearer 88 W, unless the current or thermal lines are crossed.

As a new element to our testing, we are recording power over a number of benchmarks in our suite, rather than just a simple peak power test.

For the faster chip, we saw a peak power in both of our tests of around 80 W. 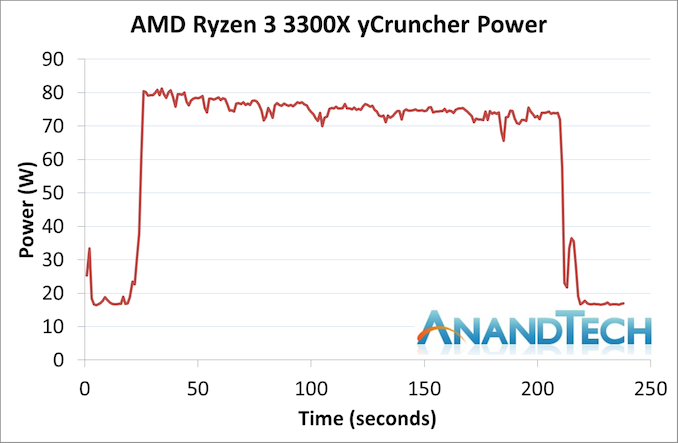 With yCruncher, which is somewhat of a periodic load, the power consumption dropped over time to nearer 75 W. 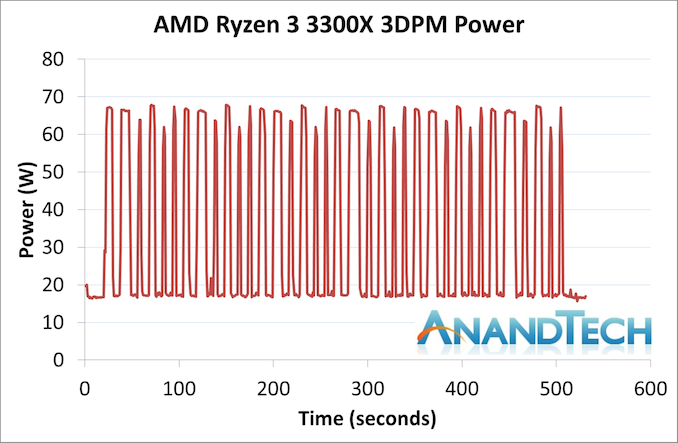 3DPM is more obvious with its idle steps between loads, being 10 seconds on then 10 seconds waiting. The power almost peaked at a similar amount here.

In both of these graphs, the package power when idle is around 16-17 W. I looked back through the data, and noticed that out of this power only 0.3 W was actually dedicated to cores, with the rest being towards the big IO die, the memory controllers, and the Infinity Fabric. That’s still pretty substantial for an idle load.

At low loads, the power per core was around 14 W, while at full load it was slightly less depending on the test. This is a bit away from the 20 W per core we get from the high end Zen 2 processors, but these only go to 4.3 GHz, not 4.7 GHz+. This is about in line with what we expect.

On our frequency ramp test, the Ryzen 3300X went from an idle state to peak power within 17 milliseconds, or approximately a frame at 60 Hz. 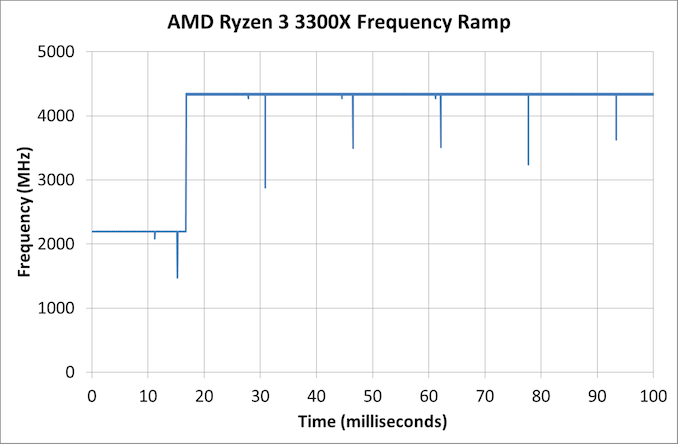 One of the new features with Ryzen 3000 is CPPC2 support, which AMD claims to reduce idle-to-turbo ramping from 30 milliseconds to 2 milliseconds. We’re seeing something in the middle of that, despite having all the updates applied. That being said, the jump up to the peak frequency (we measured 4350 MHz, +50 MHz over the turbo on the box) is effectively immediate with zero skew across a range of frequencies.

Given that the TDP number on the side of the box says 65 W as well, any reasonable user would assume that the power of this chip would be equal, right? Regular readers will know that this isn’t always the case. 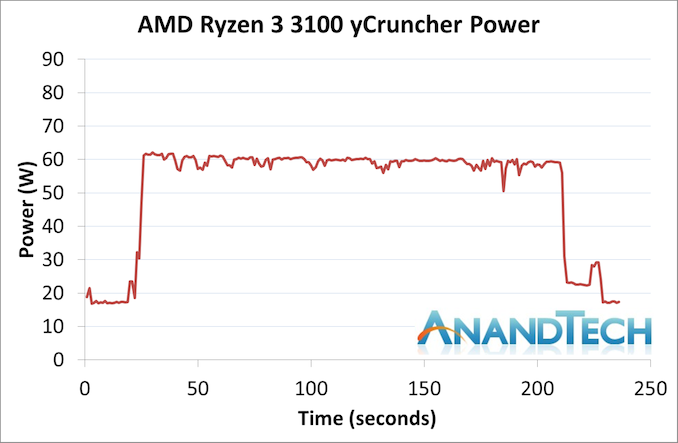 In our yCruncher test, because the turbo frequency is lower than the 3300X, it means the voltage can be lower, and thus power is lower. Our history of testing Zen 2 has shown that these cores get very efficient at lower frequencies, to the point where our processor doesn’t even break that 65 W threshold during yCruncher. 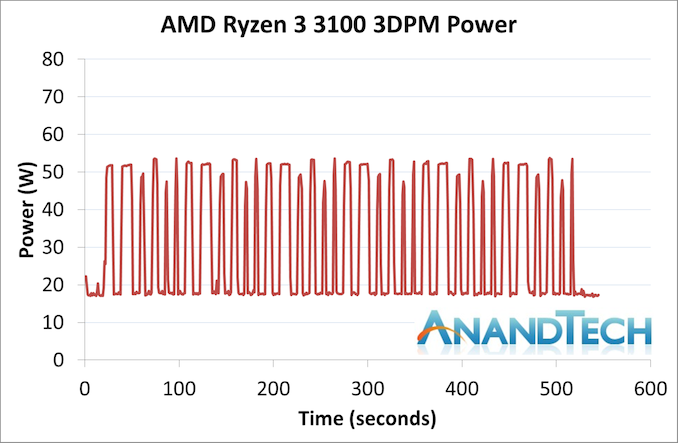 Similarly the 3DPM peaks are also lower, barely going to 55 W during an AVX2 workload.

On the frequency ramp side, we see another instance of a 16-17 ms transition. 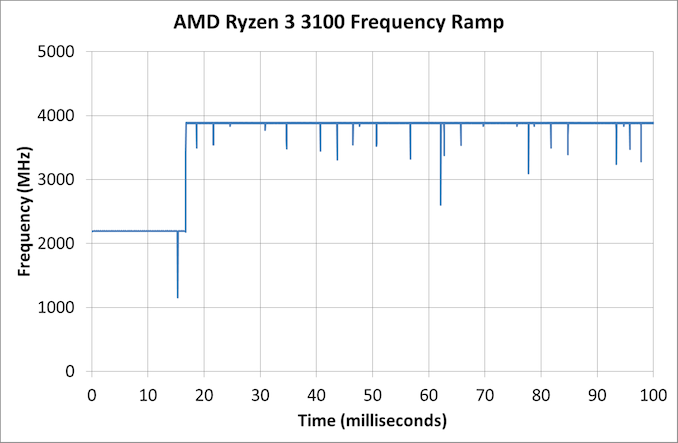