The ASRock Z390 Taichi Review: Jack of All Trades, Master of None

For Z390 we are running an updated version of our test suite, including OS and CPU cooler. This has some effect on our results. 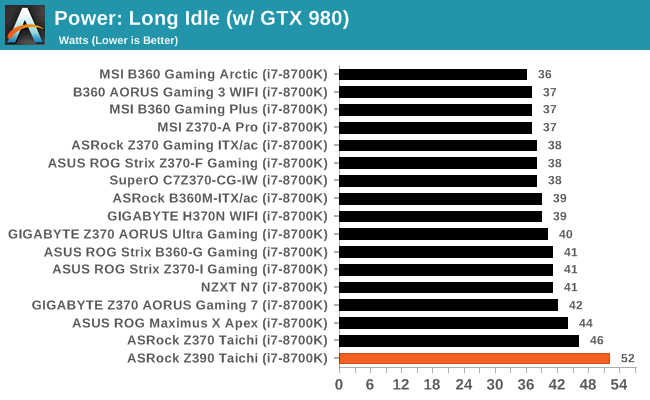 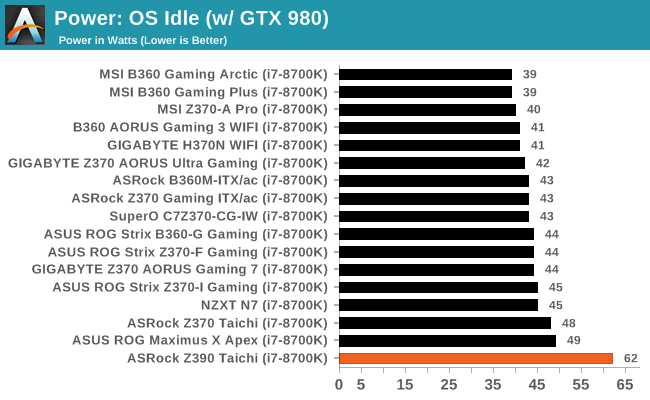 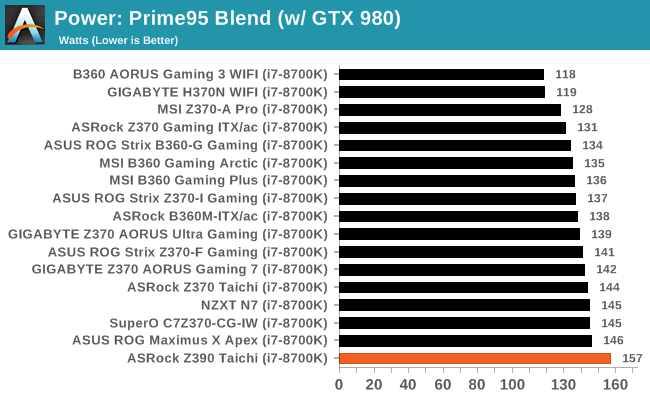 Due to a slight variation in testing setups between the Z390 new test bench and the previous one, power was expected to run a little higher due to the use of a beefier 360mm AIO cooler. Thanks to this, the power draw does look a little less desirable but it's nothing to be concerned about. 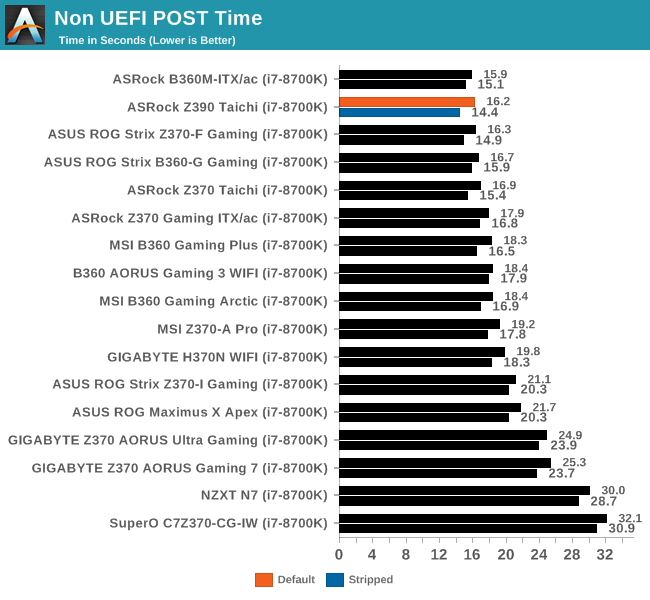 In regards to POST times, the ASRock Z390 Taichi came in as one of the quickest to boot into Windows with a POST time of just over 16 seconds at default settings. What's even more impressive is that the Taichi managed to beat its Z370 counterpart by more than a second when stripped of LAN and audio controllers. 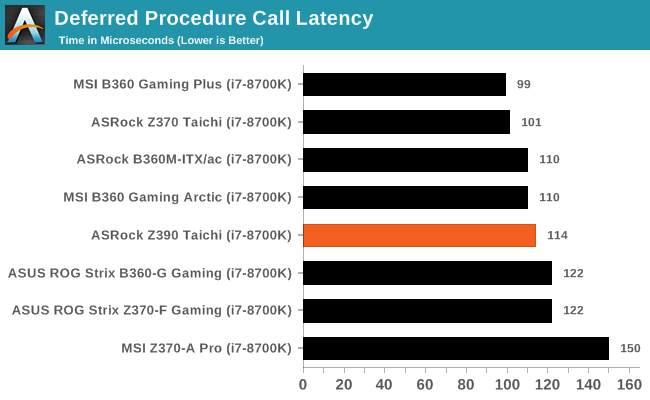 Even though none of the boards tested has been optimized for DPC latency, the ASRock Z390 Taichi puts in a good middle of the road showing with a maximum latency of 114 µs. This is just below that in terms of performance to the MSI B60 Gaming Arctic and the not too far behind the predecessor, the Z370 Taichi.