The Master Keys Pro L White seems largely aesthetically based on the older Quick Fire series. Its design is austere, with straight lines and right angles forming basic geometric shapes. Cooler Master did not even place their logo on the keyboard’s body, but rather replaced the common Windows key logos with theirs. 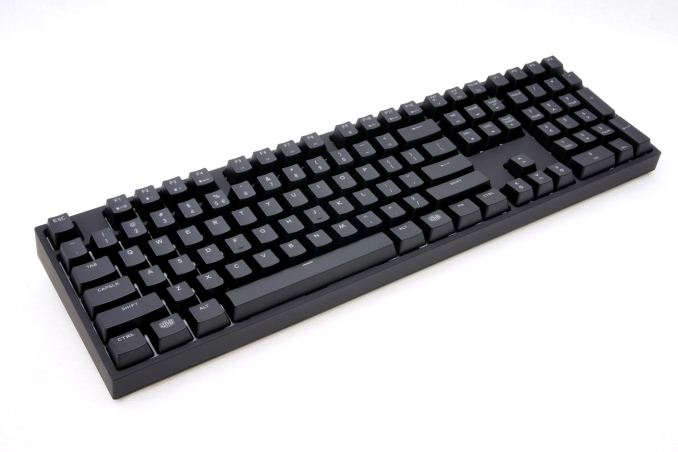 We received the US layout version of the Master Keys Pro L White. It is a standard 104 keys keyboard that adheres to the ANSI layout, with the exception of four extra keys inserted above the numeric pad area. The bottom row of the keyboard has a 6.25× Spacebar, two 1.25× ALT, two 1.25× CTRL and three 1.25× WIN/Fn bottom row keys. The standard ANSI layout has a 6.25× Spacebar and seven 1.25× bottom row keys. The keycaps are made from ABS plastic and have relatively small, smooth characters printed on them. 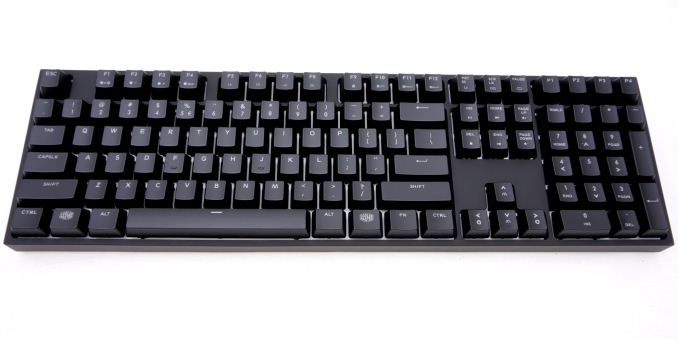 The four extra keys above the numeric pad area provide quick profile switching. The rest of the keyboard’s advanced functions and programming are all provided via keystroke combinations, generally by holding the Fn key and then pressing another key. When the Fn key is being held, the F1-F4 keys program the backlighting brightness and modes, the arrows keys adjust the lighting effect speed and alternate cycle keys, the F5-F8 keys adjust the repeat rate, F9 locks the Windows keys, F10 to Pause offer on-the-fly Macro programming options, the Ins-Home-Del-End-Pg Up-Pg Down keys over basic media and sound volume controls and, finally, the E and R keys reset everything to default or the selected profile to default respectively. 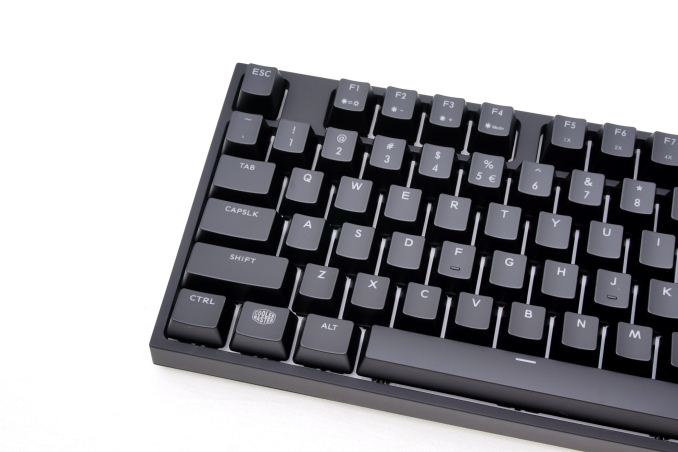 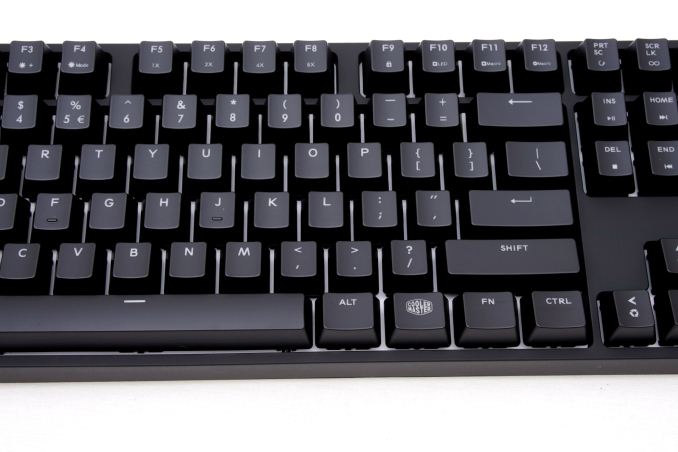 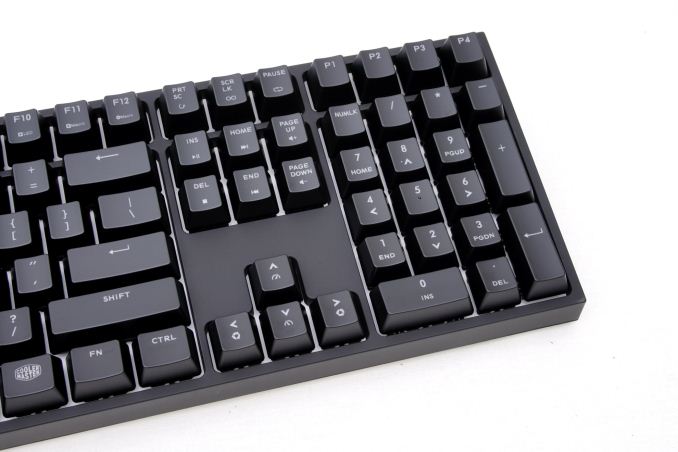 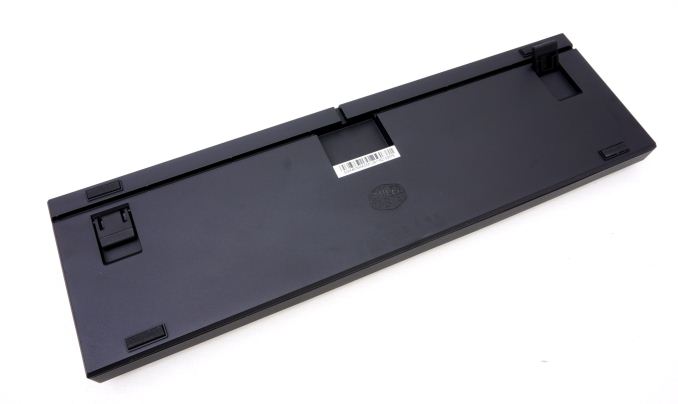 Cherry MX Brown switches can be found beneath the keycaps. Cooler Master currently offers these keyboards with MX Red and MX Blue switches as well, covering the largest portion of the potential market. As with the vast majority of Cherry-based keyboards, cross stabilizers can be found beneath the larger keys, providing a uniform force distribution and better user experience. 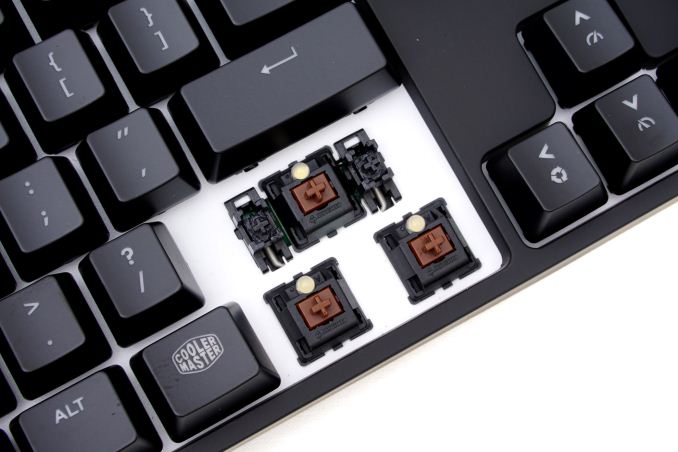 The White variant of the Master Keys Pro L is using white LEDs to create a bright pure white lighting effect, which is something that RGB LEDs cannot replicate perfectly to this date. The lighting is very bright and smooth, yet it is naturally focused at the top of each keycap, where the LED is. The bottom characters of the keycaps do not light up, as the axle of the switch blocks the LED’s light. 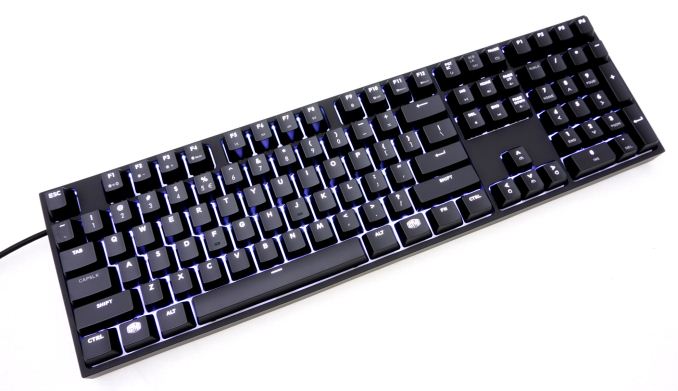 The disassembly of the plastic body reveals the snow white steel frame that supports the green PCB. They are permanently joined, forming a very strong and inflexible arrangement. There were no soldering or other assembly-related imperfections that we could notice.

Cooler Master is using a Holtek HT50F52352 processor in the Master Keys Pro L White. There is no datasheet available at this time but it appears to be a Cortex-M0+ processor with a clock speed of 48 MHz and 128 KB of Flash memory, which should be far more than enough for this type of keyboard. A Macroblock MBI5042GP 4 MHz Scrambled-PWM LED driver can be spotted that can provide very quick and precise brightness adjustments. 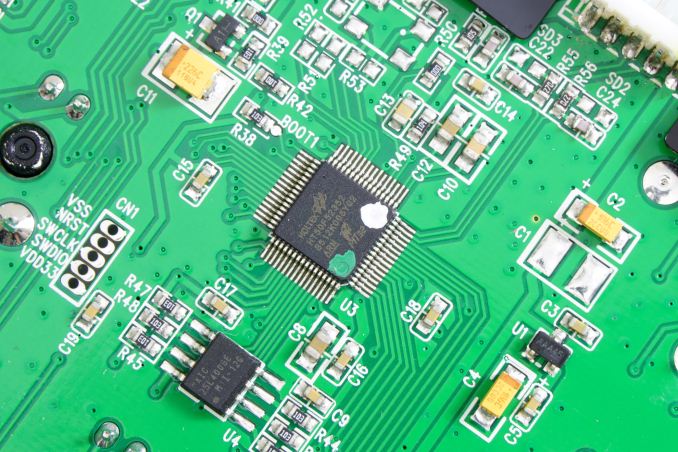