Antec demonstrates a lot of tried and true practices in its TruePower series PSU.  The main selling points of the TruePower series are the dedicated circuits for each line.  This may puzzle some readers, but the concept is actually quite simple.  Most PC power supplies have 3 main DC feeds from the power supply (+3.3V, +5.0V, +12.0V).  Each of these run at a different voltage, and each voltage powers a specific type of subsystem inside the PC.  For example, the 5V line is typically used for PCI/AGP devices, while the 12V line is used specifically for motors in the PC (motors are used in devices such as CD-ROMs, hard drives, fans, and virtually anything else that spins).  On most power supplies, the 3.3V and the 5V lines are combined on the same transformer.  Therefore, when buying a power supply one has to be wary of the combined +5V and +3.3V rating, rather than the individual max wattages of each of these lines.  Obviously, if the CPU is hitting its peak usage and drawing as much power as possible, the 5V line runs dangerously low.  Over time, this could seriously damage delicate devices.  The dedicated transformers on the TruePower allows for a more stable output on the three main lines. 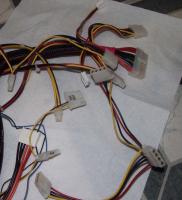 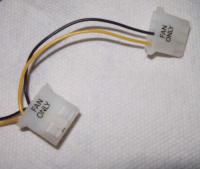 Antec's second technological push is their “Voltage Feedback” technology.  CPU's and chipsets have become increasingly demanding in the amount of variance in the DC current.  Intel specifically requires less than 5% variance allowance before damage begins to occur on the chip.  The problem is that even the leads to the motherboard provide some resistance, which in turn hampers a clean regulated voltage.  Antec has countered this problem with voltage feedback.  By monitoring the voltage constantly, the circuitry inside the PSU regulates the signal as much as possible.  Like dedicated transformers for each line, this feature protects and keeps the powered hardware stable.  During the benchmark of these PSU's, we plan on using an oscilloscope to verify these outputs.

The Antec TruePower is also one of the quietest PSU's on the market.  We will get more into the noise levels of the PSU's later in the review, however.  An additional bonus to thermally controlling its own onboard fans, the PSU also has two additional connectors specifically designed for case fan control.  This feature has its plus and minuses.  While it is certainly a convenient alternative to buying thermal fans, you may wish to use the connectors on fans situated close to the power supply.  Since cases each have different hot spots, attaching a fan on the other side of the case from the TruePower may perform inconsistently.

Aside from being one of the most recognized names in the power supply market, Antec has taking a large push to market these units as well.  Most brick and mortar retail stores that sell power supplies will probably carry the Antec PSU lines.