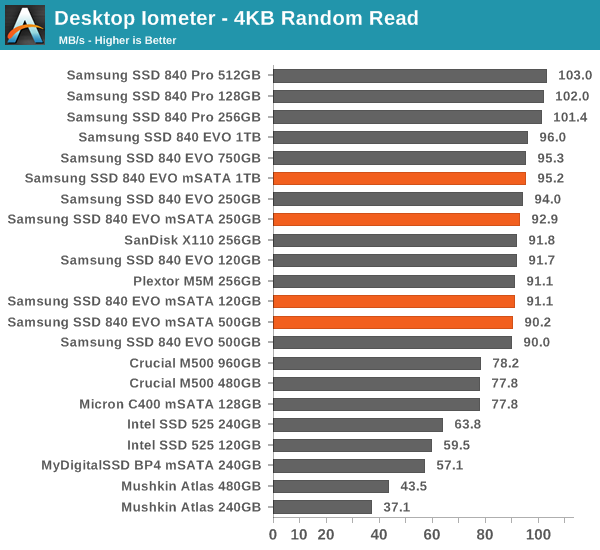 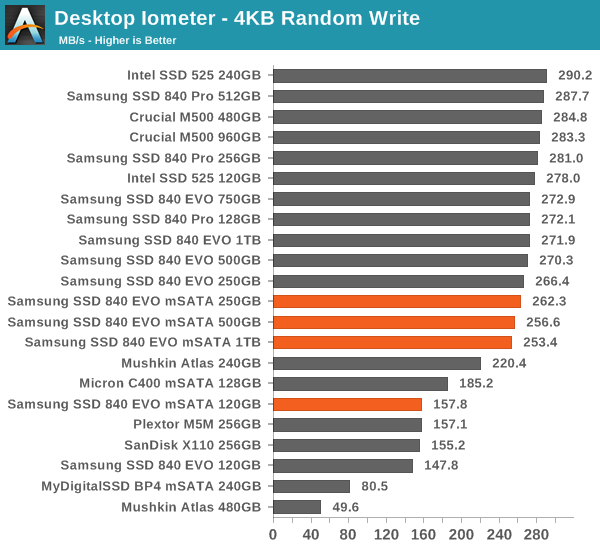 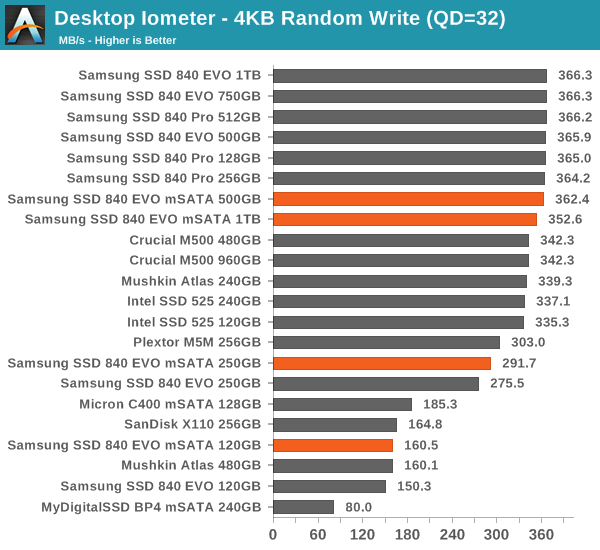 As expected, random IO performance is similar to the original EVO. There is some slight variation of course but nothing that stands out. 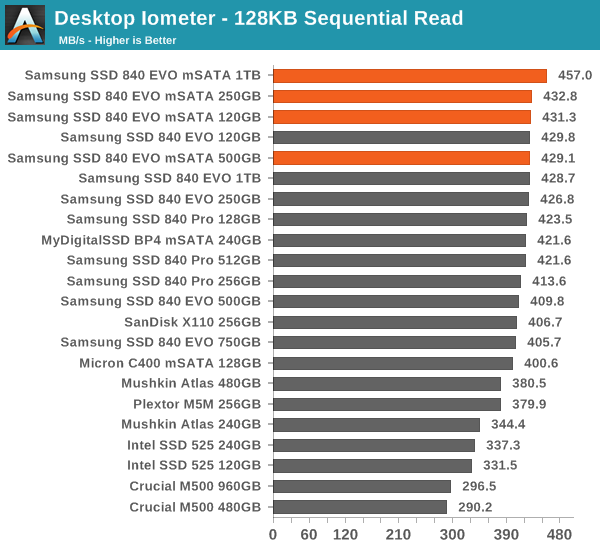 For some reason, the 1TB EVO mSATA is a few percent faster in 128KB sequential read test but falls short in the sequential write test. It's possible that the 16-die NAND has some effect on performance, which would explain the difference, but we're still dealing with rather small differences. 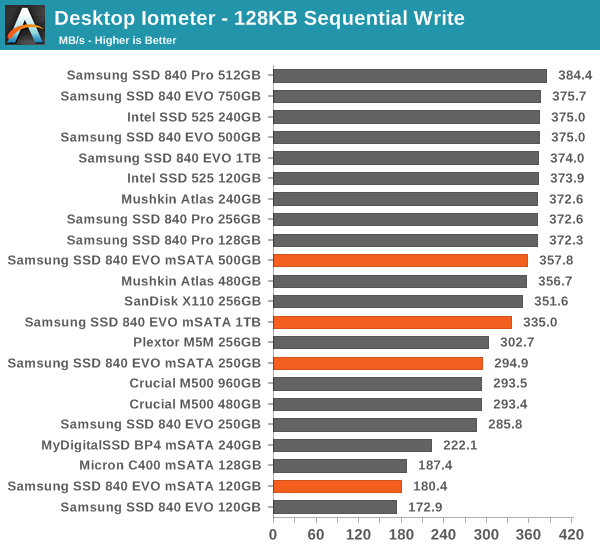 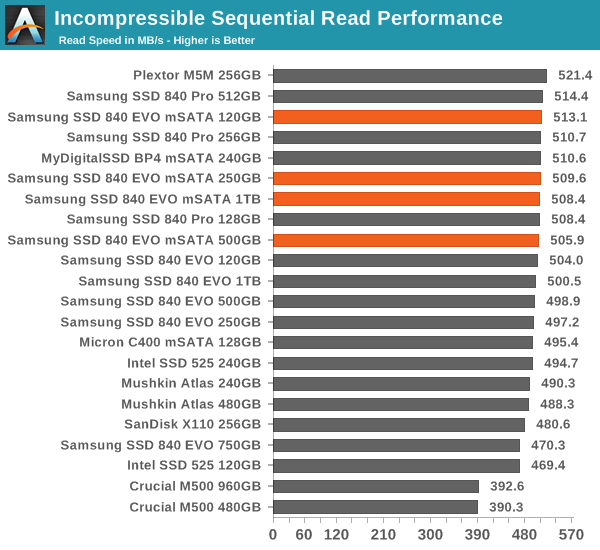 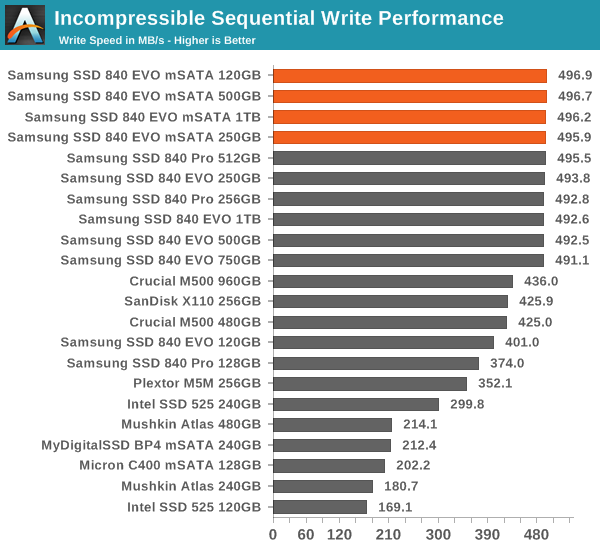