When there are really only three 4G LTE handsets, each with essentially the same level of application performance, in my mind the question of which handset is best comes down to extras and battery life. We’ve gone over all the rest, so what about that all-important battery life?

I’ve read a number of anecdotal reports which assert that the Charge has better battery life than the Thunderbolt. We ran the Charge through all of our battery testing suite and found that it’s about the same. The Charge has a 5.92 Whr (1600 mAh 3.7 V) battery inside. For comparison, keep in mind that the HTC Thunderbolt comes with a 5.18 Whr battery, and the LG Revolution with a 5.6 Whr battery, all of our numbers below were obtained using those stock batteries. 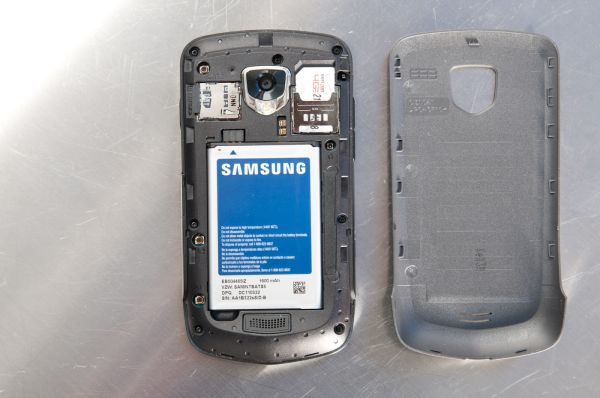 As an ironic aside, the Charge takes a long time to charge, I timed close to 3 hours from completely empty to fully charged.

First off is cellular web browsing battery life. In this test, we load a few dozen pages endlessly with the screen set to 200 nits until the phone dies. Everything is turned off except cellular data. I ran the Charge through this particular test three times and averaged. 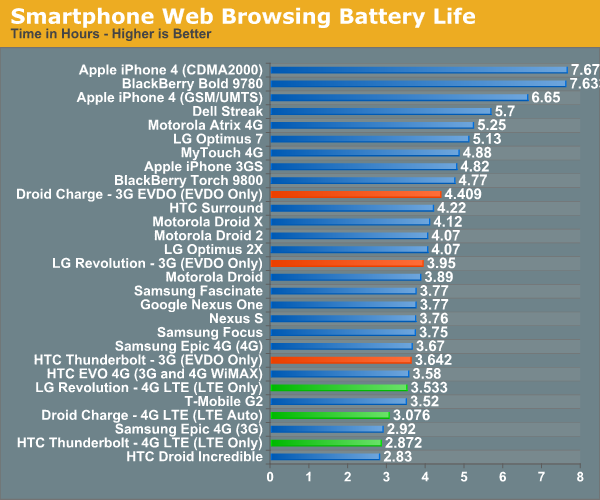 When it comes to 4G LTE battery life, things are pretty close, with the Charge narrowly edging out the Thunderbolt, and the LG Revolution leading by a half hour. Still, the difference here is pretty small between the three, and that translates to not a very perceptible difference when spread across an entire day. On EVDO the Charge does widen its lead, but I suspect 4G LTE is what most are concerned with.

We repeat the same test connected to WiFi as well, and here the Charge comes in last among the three 4G LTE handsets, but things are very close. 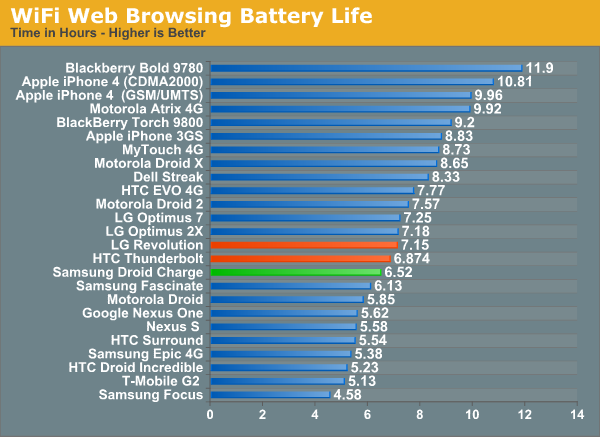 Next up is cellular talk time, which consists of a call placed between two phones that we let run until the phone under test dies and disconnects. The display is off during this test, and sound is played at both sides to mimic a conversation. 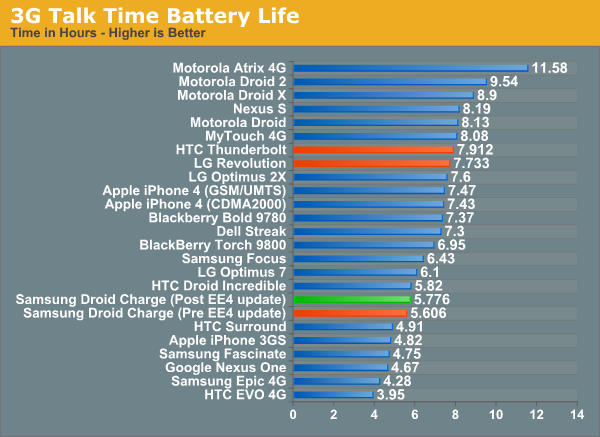 Here the Charge lags the LG Revolution and Thunderbolt by over two hours - what we’re seeing is effectively the power efficiency of Qualcomm’s MSM8655 when transacting a 1x voice call compared to the VIA 7.1 baseband in the Charge. I ran this test again after the EE4 update, and things moved up slightly, but not much at all. 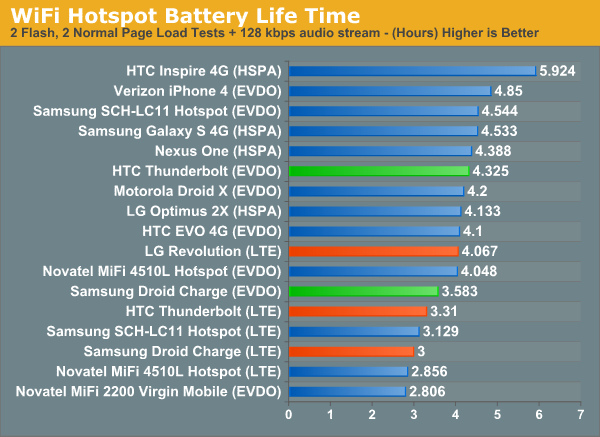 Finally is the WiFi hotspot test, which is a decent gauge of how the phone behaves with only cellular traffic in the picture. We connect a wireless client to the phone’s WiFi hotspot, and load a total of four page load tests, and a 128 kbps MP3 audio stream until the phone dies. Here the Charge trails the Thunderbolt and LG Revolution in LTE mode, and the Thunderbolt in EVDO mode. Vivek didn’t run the Revolution WiFi hotspot test, but again I suspect we’d see it too beat the Charge.