A new game came out this week, you may have heard of it.

As the biggest installment in the GTA series, Grand Theft Auto IV has garnered quite a bit of attention, even more given its reception of many perfect-score reviews. Given the sheer importance of a title like GTA4, and my love for virtual carjacking, I couldn’t resist but putting together some quick thoughts on the game. By no means is this a thorough review, I'm no where near done with the game yet, but it’s simply a collection of my thoughts on the title.

Grand Theft Auto is one of those games that you don't expect to actually look good, mostly because it never actually looked good. It's not a Gears of War, Assassin's Creed or even Halo, it's a game where you sacrifice visual appeal for gameplay. Grand Theft Auto 4 however restores the balance a bit and actually surprised me with how good it looked. Again, it's not as good looking of a game as Gears, but it's pretty damn good for a GTA. 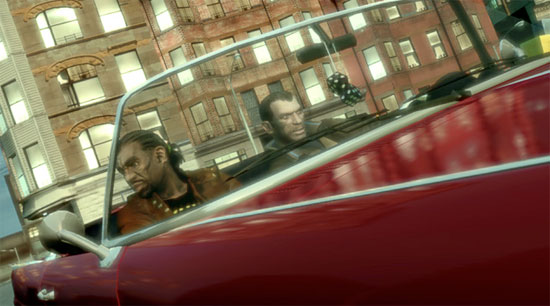 The graphics of GTA4 fall short in two areas: draw distance and animation. The draw distance issues are pretty annoying; while the game looks great in close quarters, look off into the distance and you're met with a sea of blurry. It's like the cameraman just discovered depth of field and went nuts with it. I get that there are technical limitations that mean we can't have infinite draw distance, I just want to point it out the blemish. 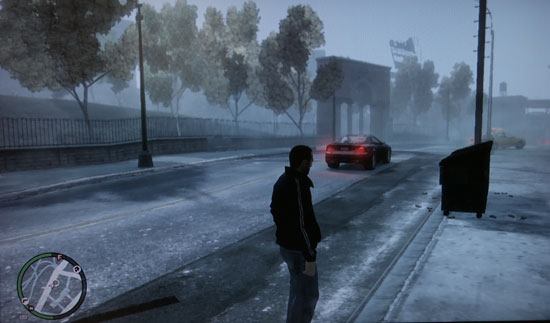 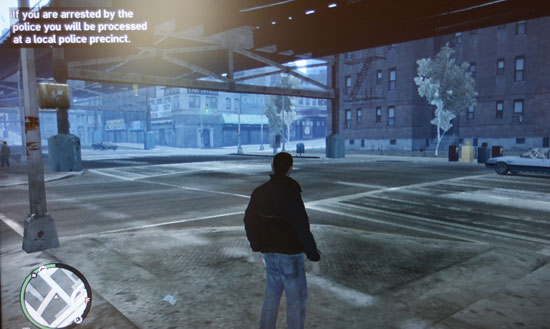 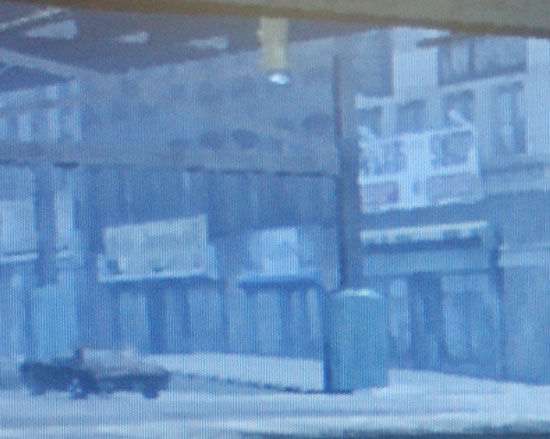 Here's a crop from the picture above it

My second complaint is about animation, and it's not one that's GTA4 specific but really applies to all modern day games. To understand this complaint I must first talk about telling a story in a video game.

It's rare that when a game is praised for having a great story, that it actually has a great story. We must be very careful about how we throw around phrases like "great story" because you might accidentally give someone the wrong impression that the Halo franchise could somehow have a story that is on par with the Godfather. There are some games that, in my opinion, actually come close to having a decent story (read: Mass Effect) but even those pale in comparison to the best stories in movies.

Just as a good story in a movie can be ruined by bad acting, a good story in a game can be ruined by poor, or un-lifelike animation. The problem is that we're not quite at a stage in both the CPU and GPU space, where we can apply lifelike animations to many highly detailed characters, in complex worlds, in real time. GTA4 comes closer to reality than any other previous GTA, but we still have a long way to go. Facial expressions, body movements, environmental interactions, etc... are all no where near lifelike, and it's simply tough to believe in a well written story if it's acted out in a choppy fashion. 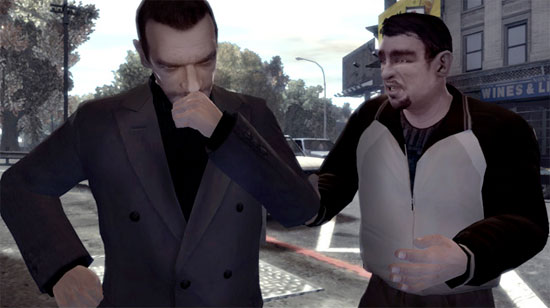 The story in GTA4 isn't bad by any means, but I'll reserve complete praise for when we've got the processing power to tell it in a way that can truly rival a movie (and this is why we'll continue to need faster CPUs and faster GPUs, we're no where near done folks).