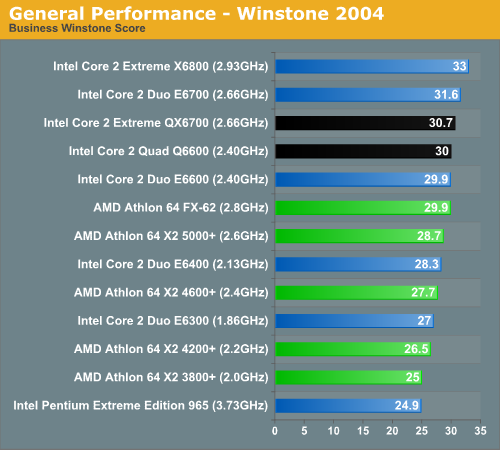 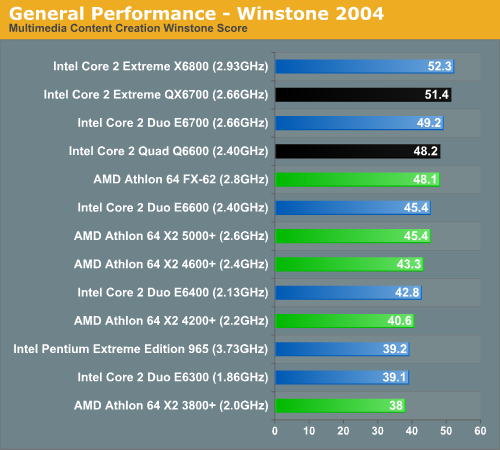 Winstone 2004 is also mostly single threaded applications, although the Internet Content Creation portion of the benchmark does include a few multithreaded applications. In all three of these benchmarks (SysMark, WorldBench, and Winstones), there really isn't much benefit to quad core processors, but there also isn't any real penalty. This is pretty much what we would expect.