The higher TDP of the processor in Skull Canyon, combined with the new chassis design, makes the unit end up with a bit more noise compared to the traditional NUCs. It would be tempting to say that the extra EUs in the Iris Pro Graphics 580, combined with the eDRAM, would make GPU-intensive renderers such as madVR operate more effectively. That could be a bit true in part (though, madVR now has a DXVA2 option for certain scaling operations), but, the GPU still doesn't have full HEVC 10b decoding, or stable drivers for HEVC decoding on WIndows 10. In any case, it is still worthwhile to evaluate basic HTPC capabilities of the Skull Canyon NUC6i7KYK.

Starting with Haswell, Intel, AMD and NVIDIA have been on par with respect to display refresh rate accuracy. The most important refresh rate for videophiles is obviously 23.976 Hz (the 23 Hz setting). As expected, the Intel NUC6i7KYK (Skull Canyon) has no trouble with refreshing the display appropriately in this setting. 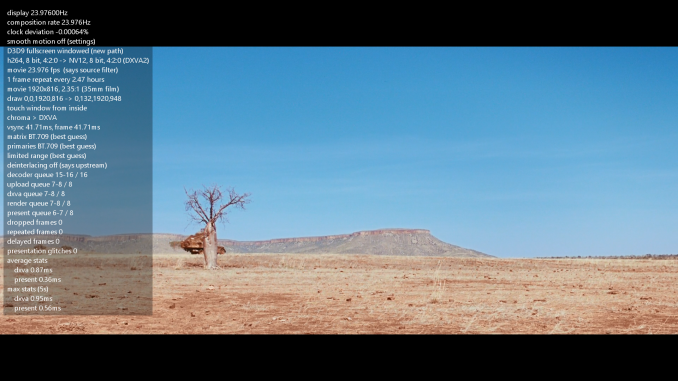 Evaluation of OTT playback efficiency was done by playing back our standard YouTube test stream and five minutes from our standard Netflix test title. Using HTML5, the YouTube stream plays back a 1080p H.264 encoding. Since YouTube now defaults to HTML5 for video playback, we have stopped evaluating Adobe Flash acceleration. Note that only NVIDIA exposes GPU and VPU loads separately. Both Intel and AMD bundle the decoder load along with the GPU load. The following two graphs show the power consumption at the wall for playback of the HTML5 stream in Mozilla Firefox (v 46.0.1). 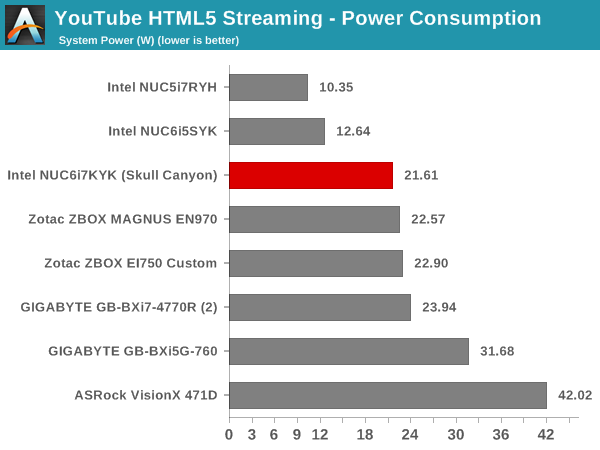 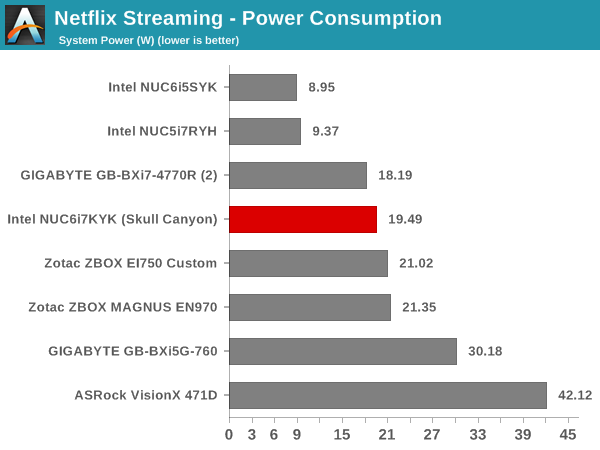 In order to evaluate local file playback, we concentrate on EVR-CP, madVR and Kodi. We already know that EVR works quite well even with the Intel IGP for our test streams. Under madVR, we used the DXVA2 scaling logic (as Intel's fixed-function scaling logic triggered via DXVA2 APIs is known to be quite effective). We used MPC-HC 1.7.10 x86 with LAV Filters 0.68.1 set as preferred in the options. In the second part, we used madVR 0.90.19.

Frame drops are evident whenever the GPU load consistently stays above the 85 - 90% mark. We did not hit that case with any of our test streams. Note that we have not moved to 4K officially for our HTPC evaluation. We did check out that HEVC 8b decoding works well (even 4Kp60 had no issues), but HEVC 10b hybrid decoding was a bit of a mess - some clips worked OK with heavy CPU usage, while other clips tended to result in a black screen (those clips didn't have any issues with playback using a GTX 1080). 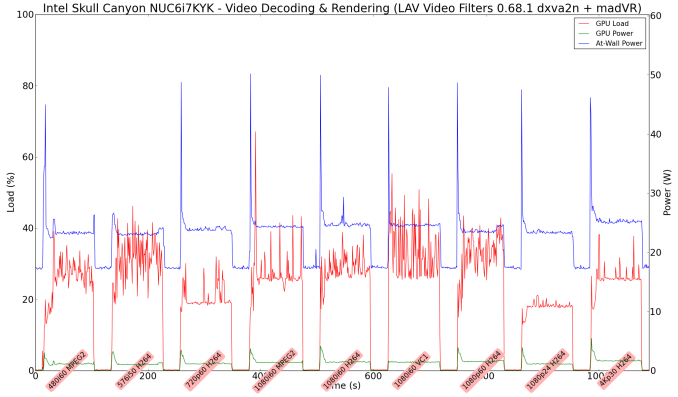 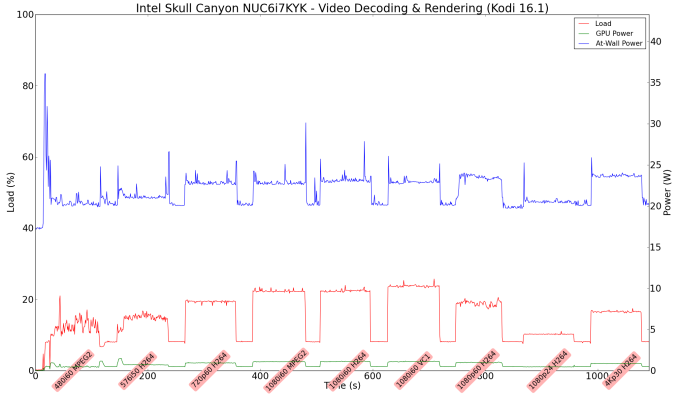 Moving on to the codec support, the Intel Iris Pro Graphics 580 is a known quantity with respect to the scope of supported hardware accelerated codecs. DXVA Checker serves as a confirmation for the features available in driver version 15.40.23.4444. 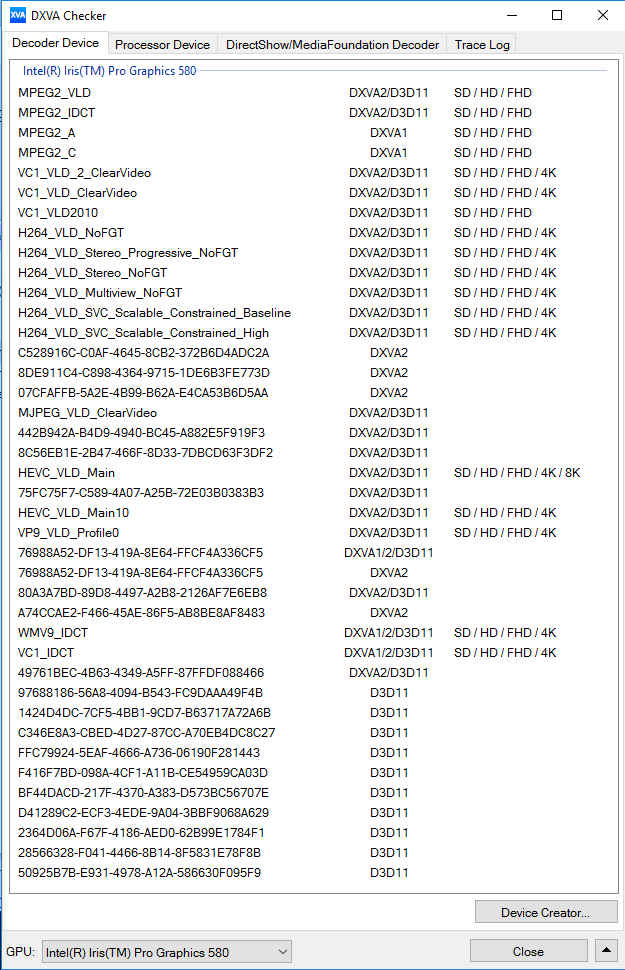 It must be remembered that the HEVC_VLD_Main10 DXVA profile noted above utilizes hybrid decoding with both CPU and GPU resources getting taxed.

On a generic note, while playing back 4K videos on a 1080p display, I noted that madVR with DXVA2 scaling was more power-efficient compared to using the EVR-CP renderer that MPC-HC uses by default.