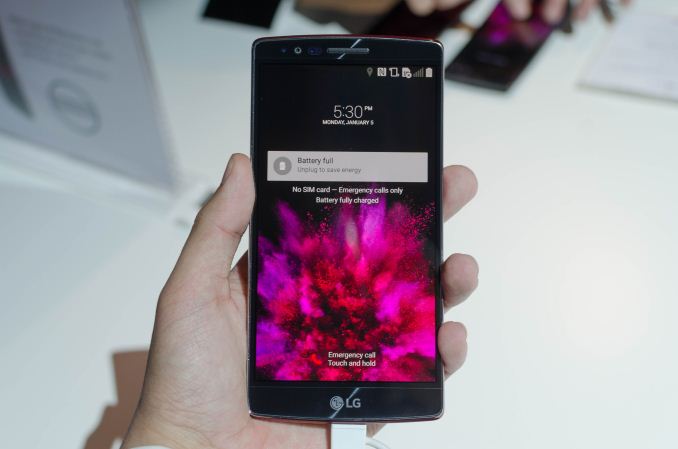 As one can see, while there are a lot of elements shared with the LG G3, there are a number of areas where we see notable improvements that differentiate the G Flex 2 from the G3. The size of the phone has also decreased, as LG claims that people didn’t like the sheer size of the previous LG G Flex. 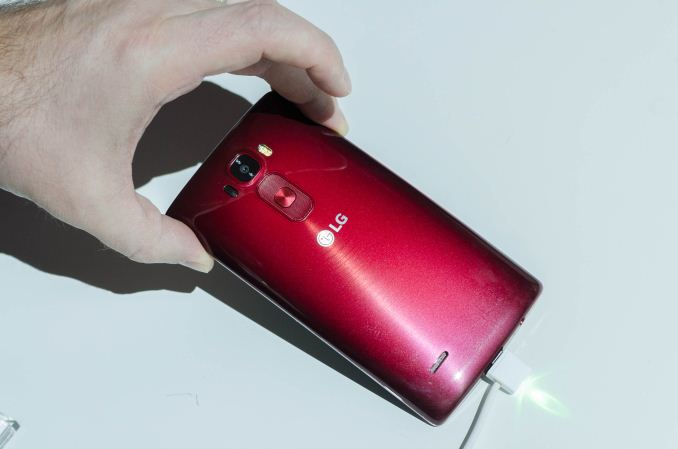 LG has also changed the design of the G Flex 2 to be more similar to the LG G3 with its brushed metal finish, although the self-healing polymer dictated a glossy finish with a brushed design beneath the finish. The self-healing polymer itself has been notably improved, healing over seconds instead of minutes like the original LG G Flex. LG has also introduced Dura-Guard glass, which is said to improve drop resistance when compared to Corning Gorilla Glass. 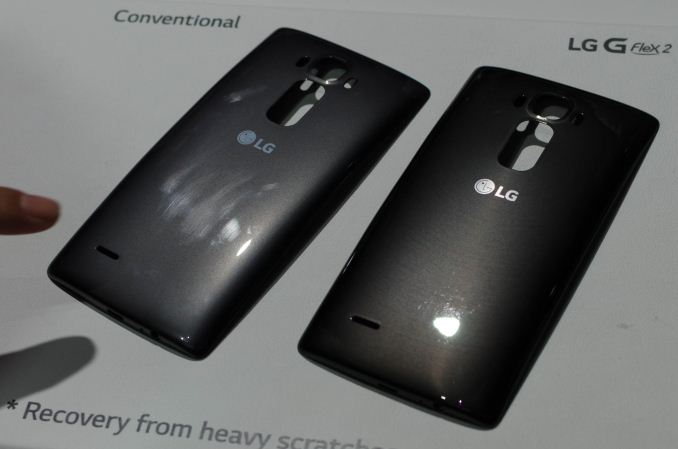 In practice, this combines to make the LG G Flex 2 into a rather interesting phone. Unfortunately, it seems that all of the phones available for demonstration were running non-final software. This meant that it wasn’t possible for us to properly benchmark the device, and there seemed to be more lag in the UI than the LG G3 or Nexus 5. In addition, these demo phones were running in poor conditions for benchmarks, as maximum brightness was constantly reduced due to thermal throttling. 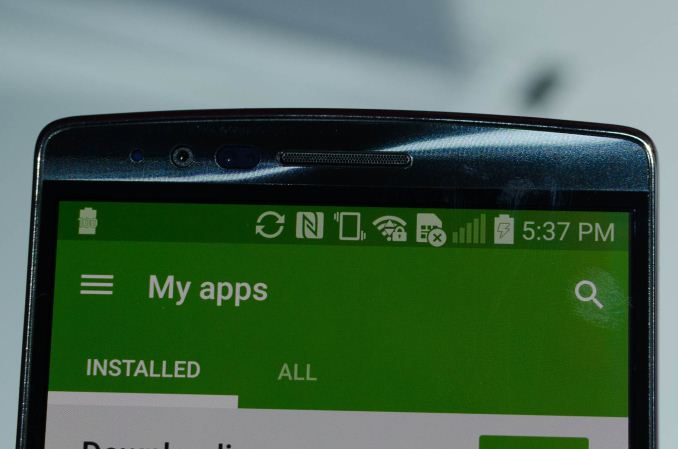 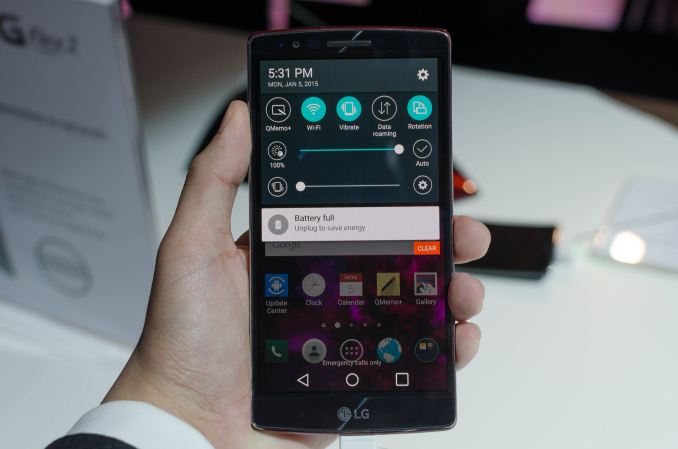 Outside of the display, the UI brought our first experiences with LG’s UI when layered on top of Android 5.0. Unfortunately, the UI seems to be quite similar to the G3’s UI on Android 4.4, even though there are noticeable changes in areas like the notification drawer and multitasking menu. It may be that we will be left waiting until the LG G4 to see a redesign of the UI to fit with the new design guidelines. At any rate, the camera remains identical to the LG G3, with the same Sony IMX135 sensor, optics, laser AF, and OIS+. The UI remains largely similar here as well, and it seems that there remains a noticeable amount of shutter lag similar to the LG G3. On the bright side, the G Flex 2’s camera remains quick to focus and the OIS is incredibly stable when compared to most solutions I’ve tried. Overall, despite some issues the LG G Flex 2 seems to be a promising device.