Upcoming Intel Based Motherboards from GIGABYTE, ASUS, MSI and ASRock

The upcoming range from ASRock uses a striking blend of stand-out colors. Whereas other manufacturers are often seen mixing their colors with black, ASRock is adding an element of vibrancy. Based on the images that we have at our disposal, the mainstream line will start at the Extreme range, move through the Fatal1ty, ITX, and end with the OC Formula at the top.

First up, the Extreme4: 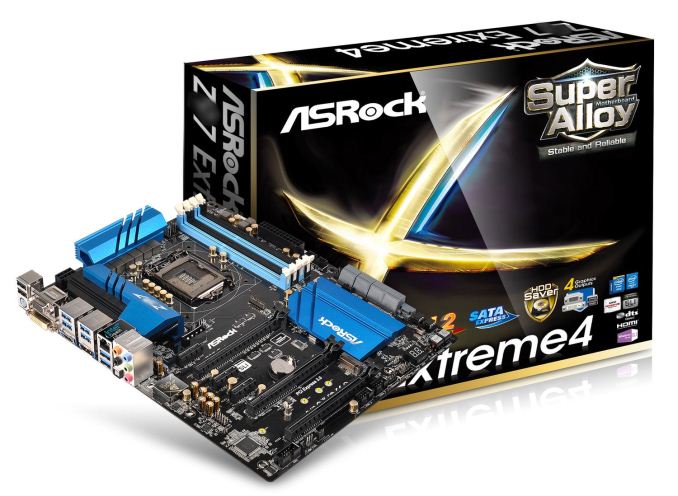 The Extreme4 comes in blue with what looks like 9 SATA ports and an M.2 slot. We see a USB 3.0 header, two removable BIOS chips, a TPM header, ‘Purity Sound 2’ (looks like an upgraded audio package) and Intel Ethernet. I am a little disappointed to see a 4-pin Molex connector in the middle of the board for additional PCIe power though. 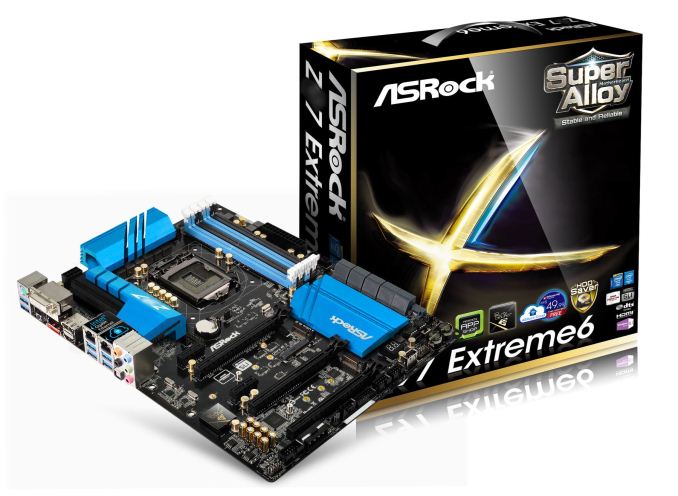 Here are dual Intel NICs, along with what looks like 11 SATA ports, a mini-PCIe slot and two M.2 slots. One of these slots is called ‘Ultra M.2’, with the words ‘PCIe Gen3 x4’ next to it, suggesting that they are implementing an x4 M.2 slot for the faster devices. None of them are actually on the market yet. The Extreme6 has a slightly better positioning for the PCIe power 4-pin molex connector, but I would still prefer a SATA power or 6-pin PCIe.

Moving onto mini-ITX, the ITX/ac: 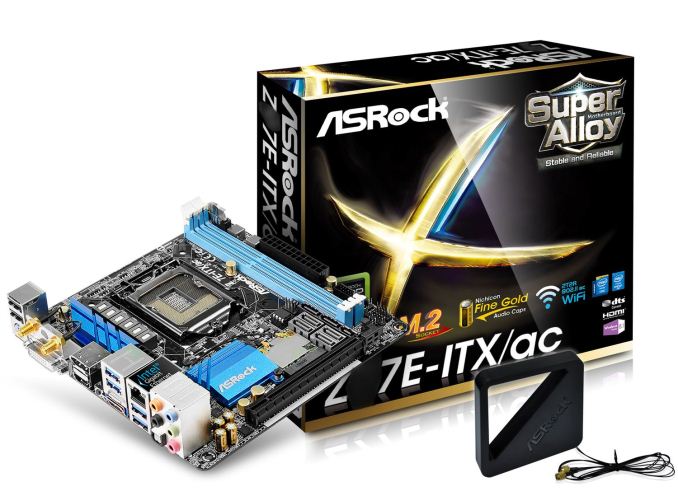 So while the box says M.2, there is no visible M.2 on the top of the motherboard. Given past experience with ASRock motherboards, they have probably relocated it to the bottom. However on the top they do have a SATA Express port and a mini-PCIe. These are unfortunately just inside the DRAM slots, meaning cables will have to go over large GPUs or memory to be equipped. The WiFi module is a 2T2R 802.11ac solution, and is combined with an Intel NIC. The 8-pin CPU power connector is in the middle of the motherboard, making cable routing a little frustrating.

For gamers, ASRock has the Fatal1ty Killer: 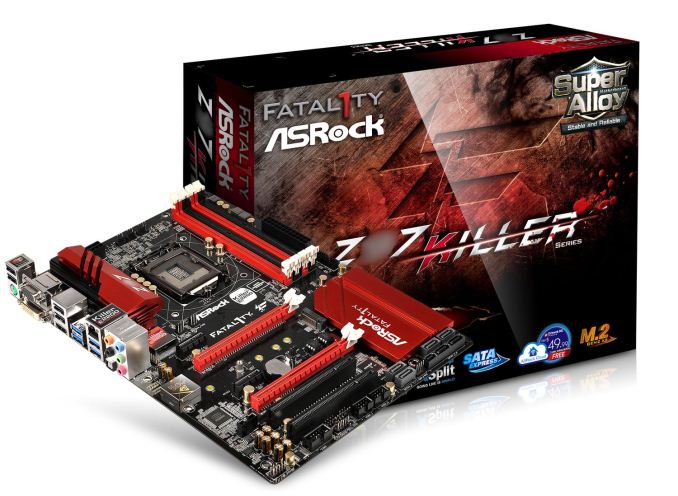 ASRock leaves its Fatal1ty range for features like the Atheros Killer E2200 NIC. The motherboard has four SATA ports, a SATA Express port and an M.2 port. We also get Purity Sound 2 here, which I would guess remains an ALC1150 codec underneath with improved filtering. The motherboard offers a single USB 3.0 header, and the rear IO has the USB gaming port from the previous Fatal1ty motherboard iterations.

Finally at the high end is the OC Formula: 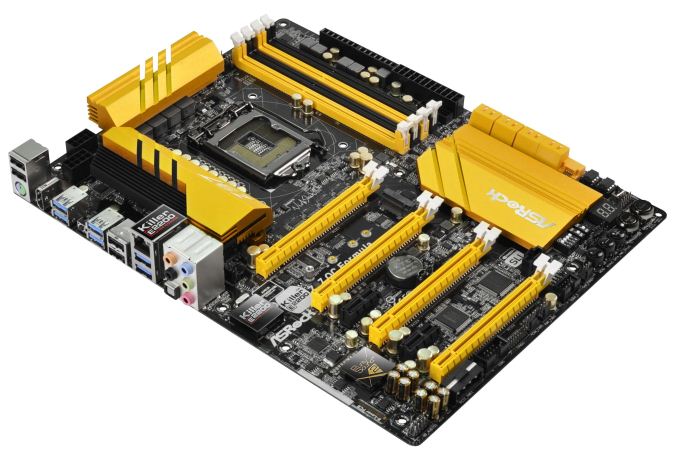 The yellow for the OC Formula has changed slightly, especially on the heatsinks where it is a little more yellow. On the OC Formula ASRock has equipped it with on-the-fly adjustment buttons and voltage check points, along with more power phases. The quad PCIe layout seems devoid of a PLX chip, suggesting an x8/x4/x4 + x4 layout similar to the old Z87 OC Formula. Interesting enough there is a header onboard labeled ‘TB1’ suggesting Thunderbolt support. The motherboard also seems to have Purity Sound 2, a Killer E2200 NIC, an M.2 slot, nine SATA ports, a USB 3.0 header and a 4-pin molex for PCIe power.