The iPhone 5s continues Apple’s tradition of sensible improvements to camera performance each generation. I was pleased to hear Phil Schiller deliver a line about how bigger pixels are a better route to improving image quality vs. throwing more at the problem. I remember hearing our own Brian Klug deliver almost that exact same message a year earlier when speaking to some engineers at another phone company.

The iPhone 5s increases sensor size compared to the iPhone 5. Last week Brian dug around and concluded that the 5s’ iSight camera sensor likely uses a format very similar to that of the HTC One. The difference here is while HTC opted for even larger pixels (arriving at 4MP), Apple chose a different balance of spatial resolution to light sensitivity with its 8MP sensor.

One thing ingrained in my mind from listening to Brian talk about optics is that there is no perfect solution, everything ultimately boils down to a selection of tradeoffs. Looking at Apple/HTC vs. the rest of the industry we see one set of tradeoffs, with Apple and HTC optimizing for low light performance while the rest of the industry chasing smaller pixel sizes. Even within Apple and HTC however there are differing tradeoffs. HTC went more extreme in pixel size while Apple opted for more spatial resolution.

Apple moved to 1.5µm pixels, up from 1.4µm in the iPhone 5. Remember that we’re measuring pixel size in a single dimension, so the overall increase in pixel size amounts to around 15%. Apple also moved to a faster aperture (F/2.2 vs. F/2.4 on the iPhone 5) to increase light throughput. The combination can result in significantly better photos than the outgoing 5 when taking photos in low light. 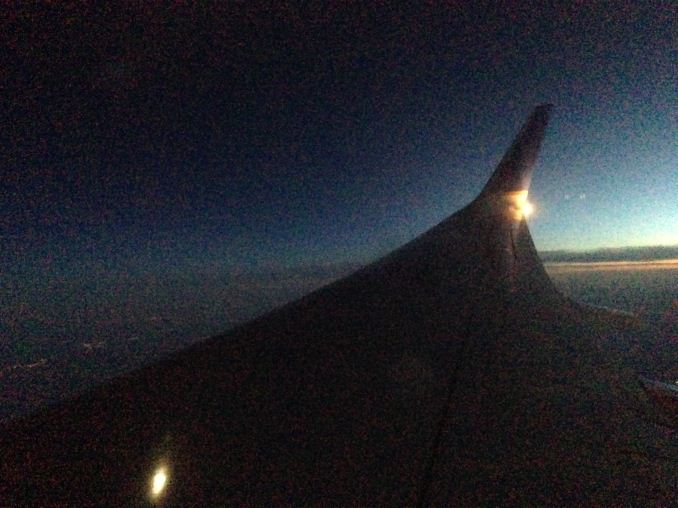 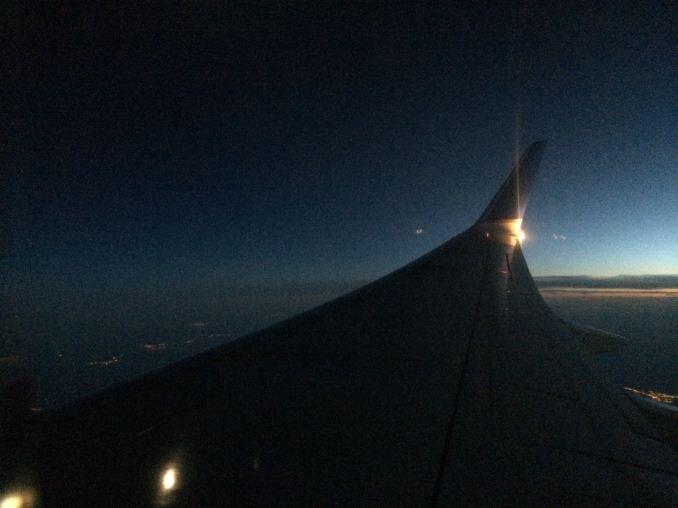 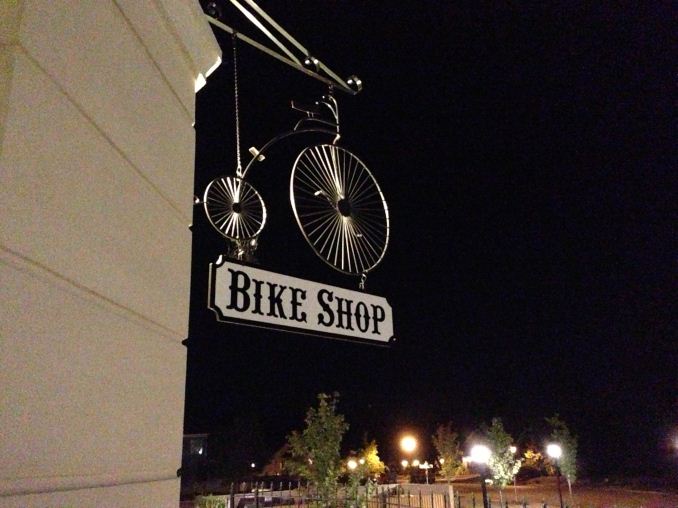 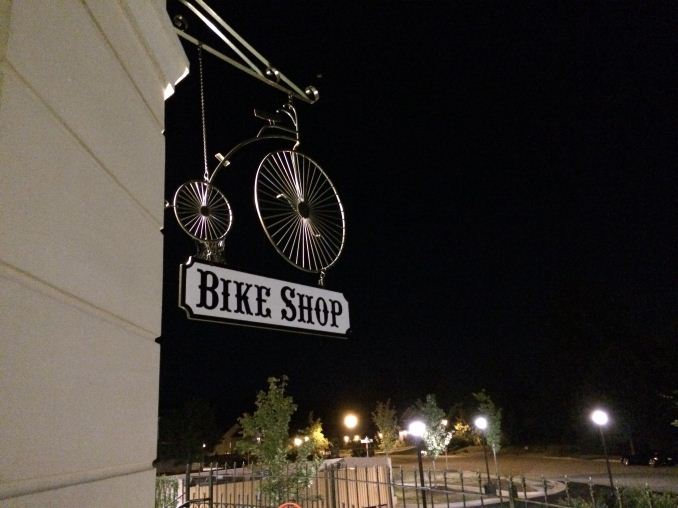 Unlike some of the larger flagships we’ve reviewed lately, the iPhone 5s doesn’t ship with optical image stabilization (OIS). We’ve seen devices from HTC, LG and Nokia all ship with OIS, and have generally been pleased with the results. It’s not a surprise that the 5s doesn’t come with OIS as it’s largely the same physical platform as the outgoing 5. Still it would be great to see an Apple device ship with OIS. Perhaps on a larger iPhone.

As is always the case in space constrained camera systems, what Apple could not achieve in the physical space it hopes to make up for computationally. The 5s leverages electronic image stabilization as well as automatic combination of multiple frames from the capture buffer in order to deliver the sharpest shots each time.

Apple’s cameras have traditionally been quite good, not just based on sensor selection but looking at the entire stack from its own custom ISP (Image Signal Processor) and software. With the A7 Apple introduces a brand new ISP. Although we know very little about the new ISP, you can find references to Apple’s H6 ISP if you dig around.

Apple continues to ship one of the better auto modes among smartphone cameras I've used. I still want the option of full manual controls, but for most users Apple's default experience should be a very good one.

Capturing shots under iOS 7 is incredibly quick. Shot to shot latency is basically instantaneous now, thanks to a very fast ISP and the A7’s ability to quickly move data in and out of main memory. It’s impossible to write shots to NAND this quickly so Apple is likely buffering shots to DRAM before bursting them out to non-volatile storage.

The new ISP enables a burst capture mode of up to 10 fps. To active burst mode simply hold down the shutter button and fire away. The iPhone 5s will maintain a 10 fps capture rate until the burst counter hits 999 images (which was most definitely tested). Although it took a while to write all 999 images, all of them were eventually committed to NAND.

Photos captured in burst mode are intelligently combined as to not clutter your photo gallery. The camera app will automatically flag what it thinks are important photos, but you’re free to choose as many (or as few) as you’d like to include in your normal browsing view. Since all of the photos captured in burst mode are physically saved, regardless of whether or not you select them to appear among your photos, you can always just pull them off the 5s via USB. 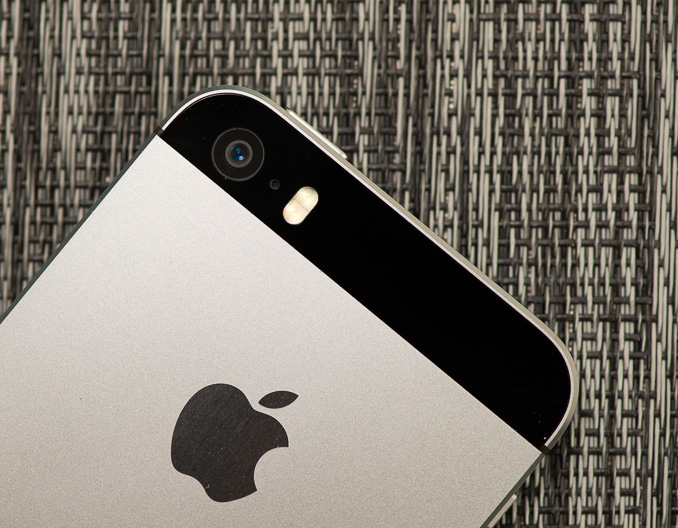 The rear facing camera is paired with a new dual-LED True Tone flash. Rather than featuring a single white LED to act as a flash, Apple equips the iPhone 5s with two LEDs with different color tones (one with a cool tone and one with a warm tone). When set to fire, the 5s’ ISP and camera system will evaluate the color temperature of the scene, pre-fire the flash and determine the right combination of the two LEDs to produce the most natural illumination of the subject.

I’m not a huge fan of flashes, but I have to say that in a pinch the True Tone flash is appreciably better than the single LED unit on the iPhone 5. Taking photos of people with the new True Tone flash enabled produces much warmer and more natural looking results: 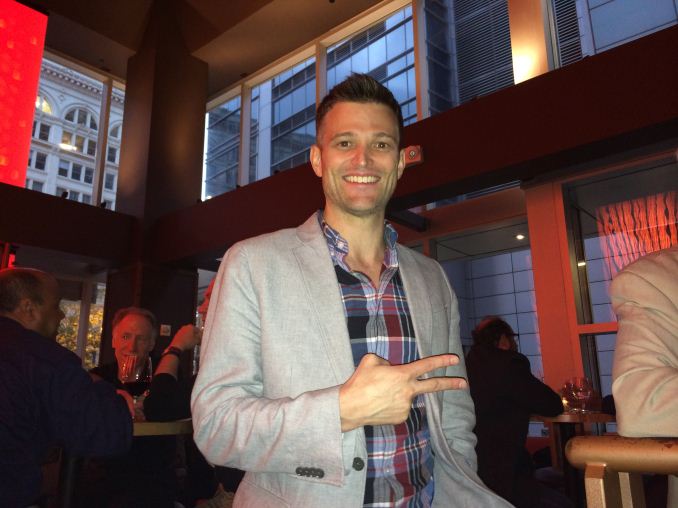 Even if your subject happens to be something other than a person I’ve seen really good results from Apple’s True Tone flash.

I still believe the best option is to grab your photo using natural/available light, but with a smartphone being as portable as it is that’s not always going to be an option.

I have to say I appreciate the vector along which Apple improved the camera experience with the iPhone 5s. Improving low light performance (and quality in low light situations where you’re forced to use a flash) is a great message to carry forward.

The iPhone 5s and iPhone 5c share the same upgraded front-facing FaceTime HD camera. The front facing camera gets a sensor upgrade, also with a move to larger pixels (1.9µm up from 1.75µm) while resolution and aperture remain the same at 720p and F/2.4. The larger sensor size once again improves low light performance of the FaceTime HD camera (iPhone 5 left vs. iPhone 5s right): 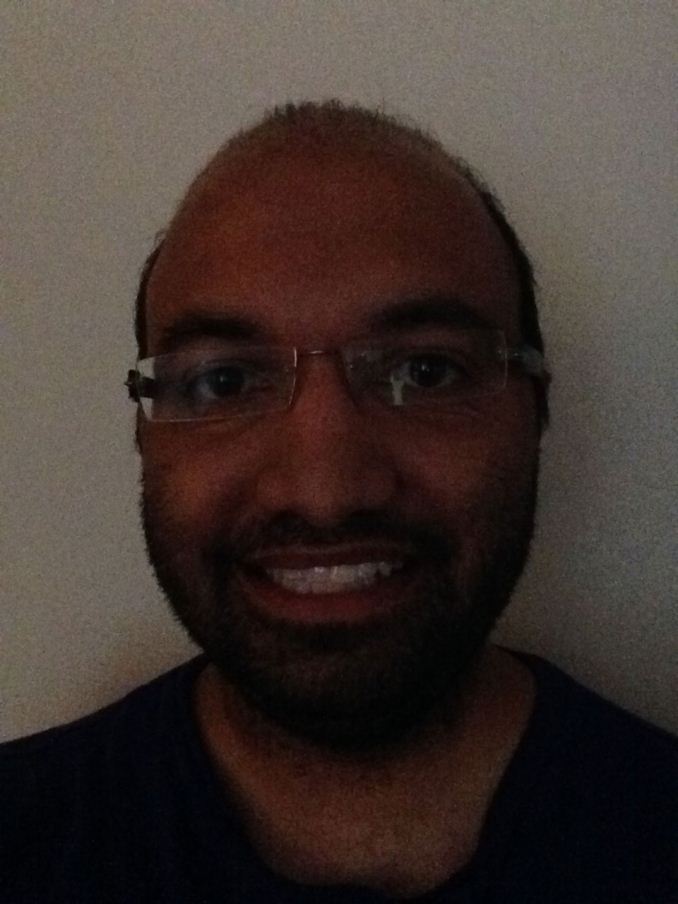 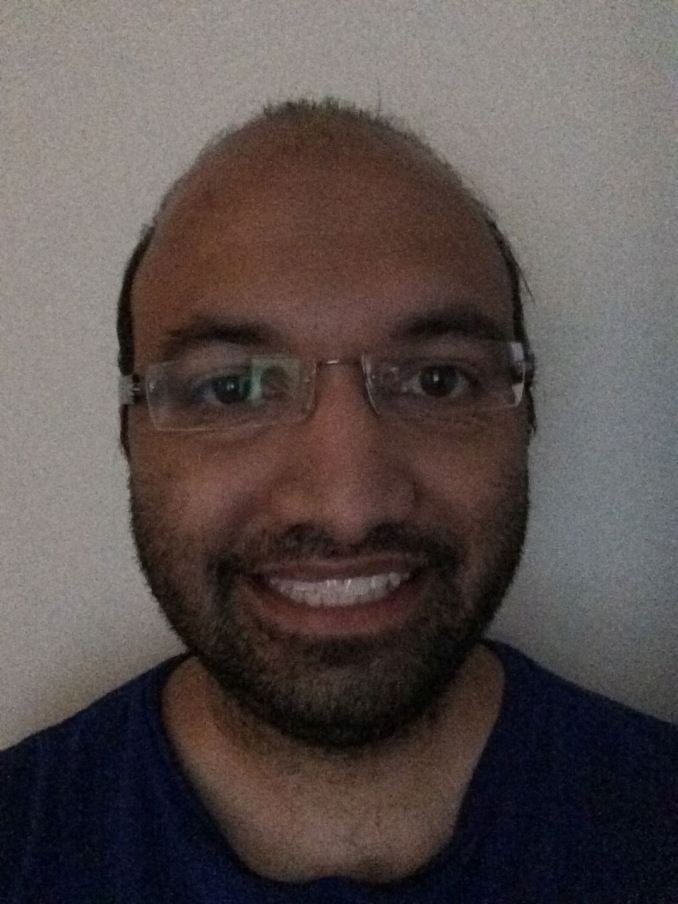