With Lion sporting a more usable version of FileVault I was curious about its performance impact. I'd enabled FileVault on my personal machine and subjectively felt a performance impact, but I needed to quantify it. I put together a number of tests to do just that.

For all of these tests my test platform is a 15-inch MacBook Pro with a 2.2GHz Sandy Bridge Core i7 from early 2011 with an Apple branded 256GB SSD. In these tests I was primarily concerned with two things: how performance is affected, and what sort of extra load FileVault encryption places on the CPU.

Our first test is a simple file copy. I've got a directory of 2200MB worth of RAW files from a Nikon D700. I copy the folder from the SSD to the same SSD and report performance in MB/s: 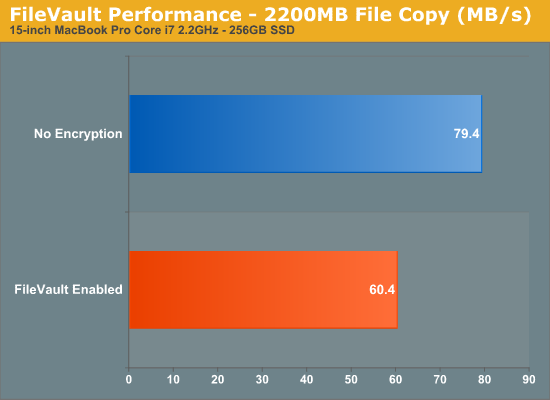 With FileVault enabled we take a 24% performance hit, hardly insignificant. Average CPU utilization during the file transfer actually dropped with FileVault enabled from 8.5% to 4.5%. I suspect the reason for the drop was the slower overall transfer rate. It would appear that FileVault, at least on a quad-core Sandy Bridge CPU has absolutely no overhead here. Given that Apple near-universally uses AES for symmetrical encryption, it's reasonable to assume here that FileVault is taking advantage of the AES-NI instructions on Intel's Core-i series of processors.

Our next test tested one of Lion's new features: threaded conversations in Mail. We timed how long it took to launch Mail and open a single email thread with 42 replies. If you've used OS X Mail in the past you'll know that CPU utilization goes insane if you're working on a thread with dozens of replies. The same is definitely true for threaded conversations in Lion. 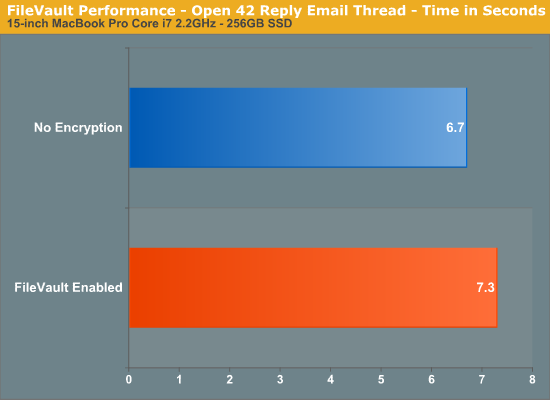 Thanks to the MacBook Pro's SSD both setups complete this task pretty quickly. There is a penalty associated with FileVault though - around 9% in this case. Peak CPU utilization was similar on both systems, 100% of four threads on the eight thread Core i7.

I grabbed a screenshot of the CPU utilization graph in Activity Monitor during this test for both setups:

While the two vary slightly, you can see that overall CPU utilization appears to be similar regardless of whether or not encryption is enabled.

Our third test is actually one of our standard OS X CPU benchmarks - we time the import of 203 RAW images into iPhoto. This task is impacted by both CPU and I/O performance: 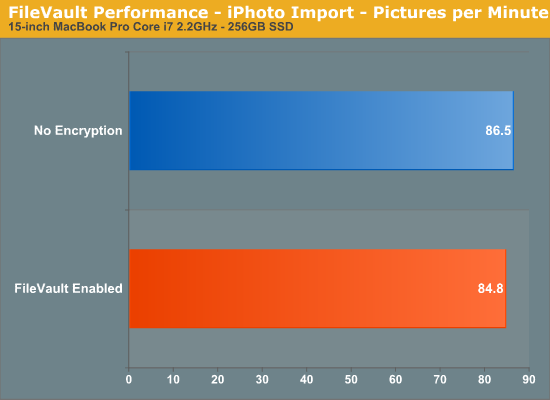 Despite the I/O dependency, there's virtually no performance impact to enabling FileVault here.

Our final tests are raw I/O tests using Quickbench. I focused on 4KB and 8KB random read/write since those are the most common transfer sizes for random file access. And for sequential operations I focused on 128KB transfers, again optimizing for common sizes. 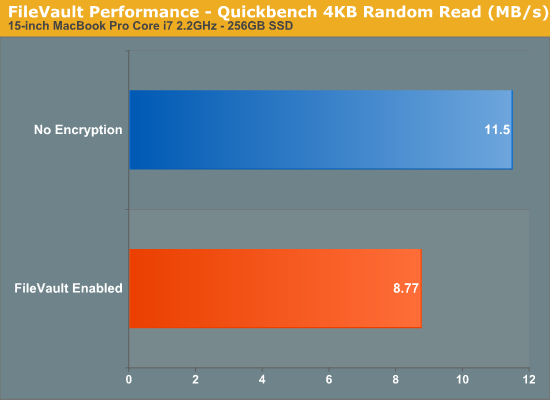 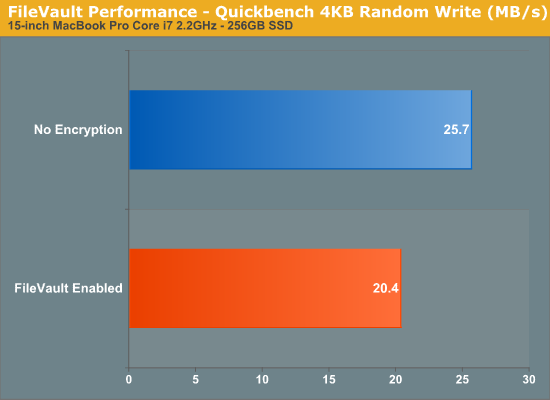 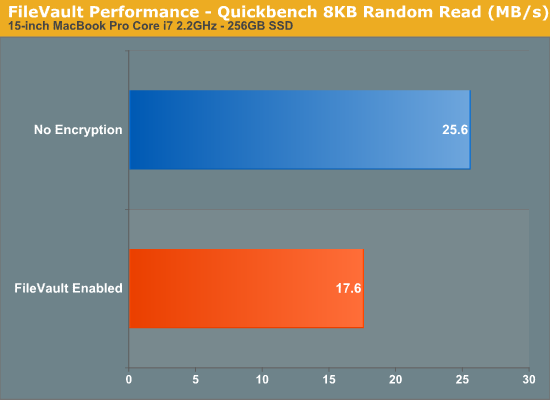 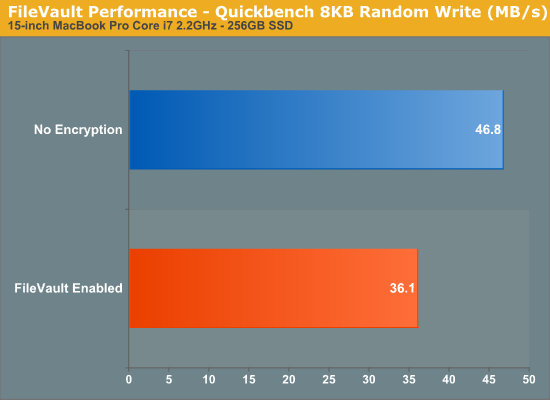 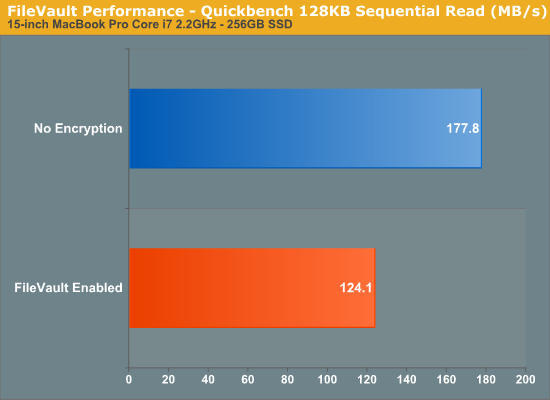 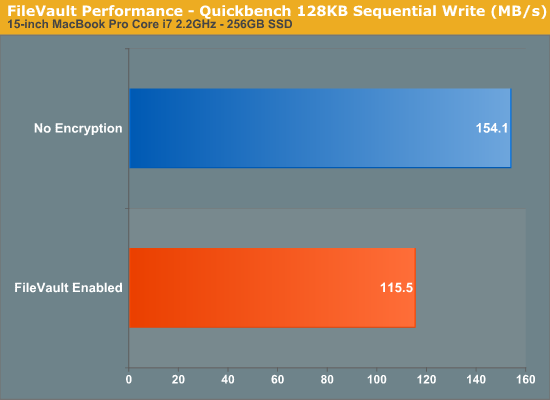 Overall the hit on pure I/O performance is in the 20 - 30% range. It's noticeable but not big enough to outweigh the benefits of full disk encryption. Note that under OS X there's still no way to take advantage of SSD controllers with FDE like the SF-1000/2000 series and the Intel SSD 320.