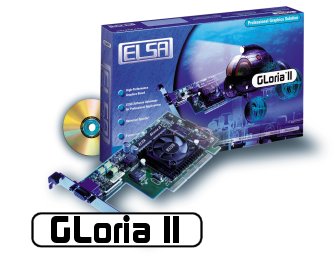 The release of NVIDIA’s GeForce not only impacted the gaming market with its integrated hardware transforming and lighting capabilities but it also raised a few eyebrows among professional users that depend on powerful graphics accelerators for their applications.  NVIDIA’s GPU (Graphics Processor Unit) was capable of 50 billion floating point operations per second (50GFLOPS) which is considerably higher than most mainstream professional cards with on-board transforming and lighting engines that boast performance of around 5 billion floating point operations per second.

According to NVIDIA, in order to set the Quadro apart from the GeForce (aside from it’s $600+ price tag) certain features were “enabled” on the Quadro that were left disabled on the GeForce since the latter was not intended to be a high end solution.  Among these features is enhanced support for anti-aliased points and lines, which although isn’t a commonly used feature with most users, was an extremely poor performance point for the GeForce.  The Quadro also features a peak triangle rate of 17 million triangles per second up from the GeForce’s 10 – 15 million triangles per second.  While these settings could potentially be “enabled” on the GeForce through driver tweaks/registry hacks, it is unclear exactly what methods NVIDIA went to in order to make sure that they were disabled on the GeForce.

NVIDIA has been very successful in the consumer gaming market with a variety of card vendors selling GeForce based products, but in this new market it will face a different set of competitors and requirements. Thus NVIDIA selected ELSA, which has developed and marketed a variety of professional OpenGL graphics cards for some time, to be the exclusive card manufacturer for the Quadro based product.

In the space of a few years, NVIDIA has taken the leadership position in the performance segment of the consumer graphics card market and displaced a well entrenched vendor, 3DFx.  Will history repeat itself in the professional graphics card market? The established vendors like 3Dlabs, Intergraph, and E&S must be nervous about the impact of this new player in this market.