The Motorola Xoom Giveaway, Round 1

NVIDIA, eager to parade its success with Tegra 2, shipped me a box containing four WiFi Motorola Xooms to give away to our most loyal readers. Here's a shot of the four: 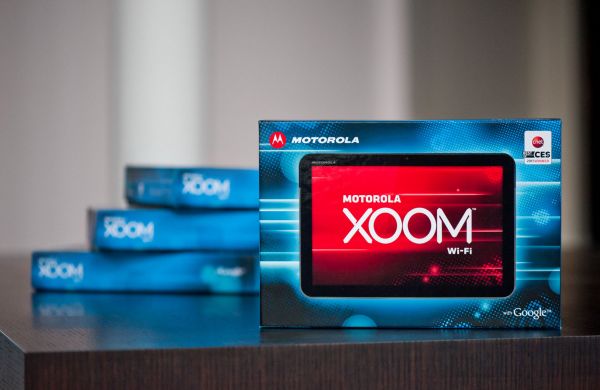 Now the plan: we'll be giving one away every two days until we're out of WiFi Xooms. Sound good?

Now the rules. This contest is unfortunately only available to US residents in one of the 50 states. I realize that AnandTech is an international site and I do highly value all of our readers, unfortunately extending the contest rules outside of the US is a bit more than we're able to reliably handle today. That's not to say that we won't at some point in the future, we just have little experience doing such things and don't want to get burned early on.

Secondly, you are only allowed to enter once.