Sandy Bridge is clearly a faster CPU than the preceding Arrandale and Clarksfield offerings—that’s no surprise. The integrated graphics are also faster, but being faster than old Intel’s HD Graphics isn’t saying a whole lot. Then again, AMD’s old HD 4250 IGP isn’t much better and is long overdue for a replacement. We’ll talk about that in a second, but first here are the standard gaming performance results at our “Low” defaults. “Medium” detail will be on the next page. 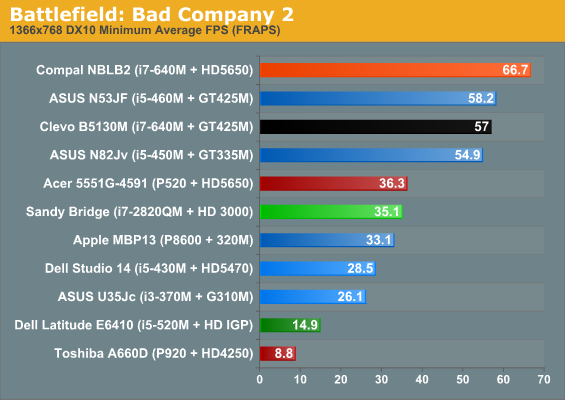 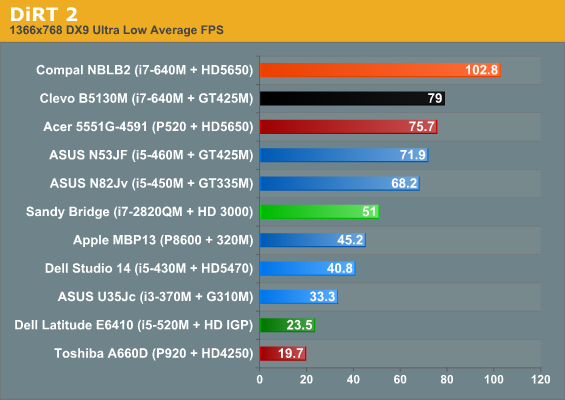 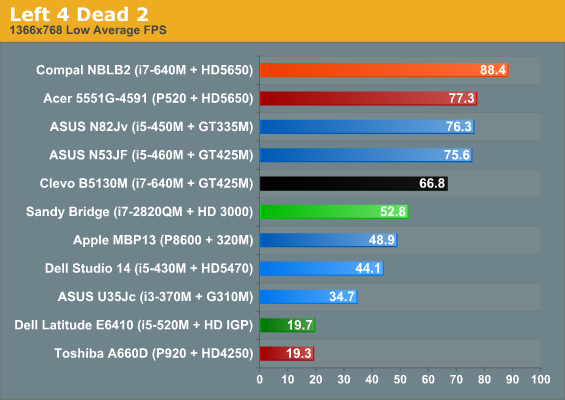 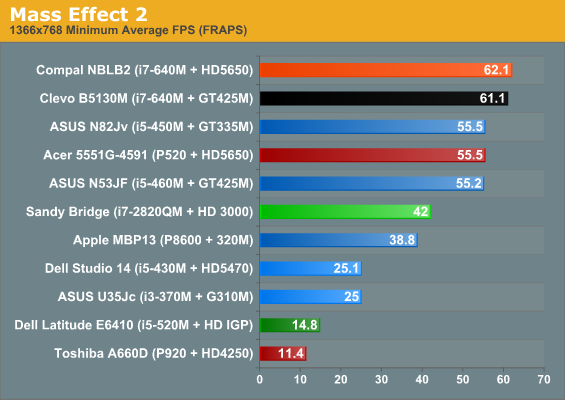 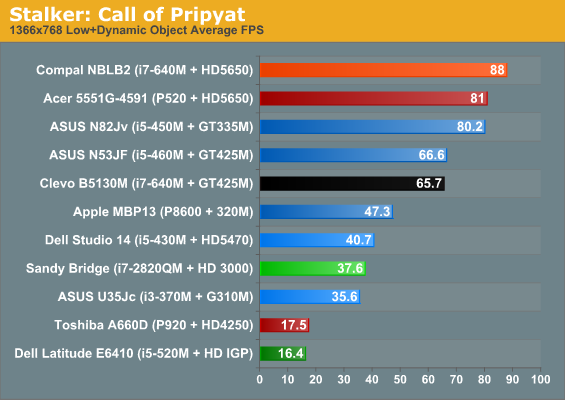 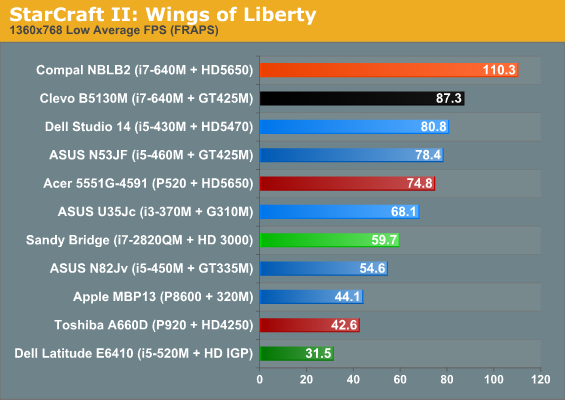 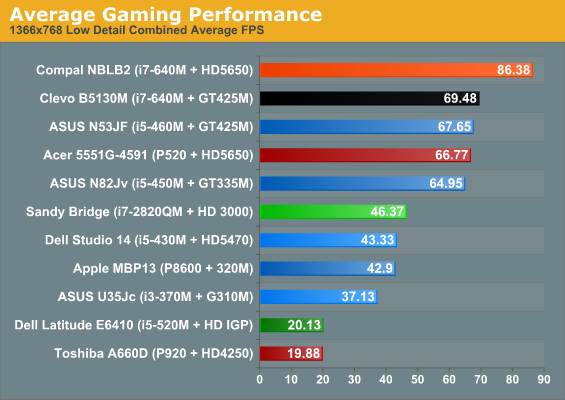 Let’s start by talking about compatibility problems with the Intel IGP: there were none! I know it’s been fashionable over the years to bash on Intel for horrible drivers that can’t run games, and the previous IGPs certainly still fall into that “too slow” category, but of our standard six test titles both Sandy Bridge and Arrandale IGPs loaded and ran every single title. That makes talk of performance meaningful, and that’s the bigger story by far.

We didn't have time to do serious image quality comparisons, but subjectively there did appear to be a few games where the Intel IGP wasn't rendering at the same level of detail, but it's hard to say when you're not running at the native LCD resolution; we'll get into problems in a moment, but other than those mentioned we didn't have any serious complaints. After all, being able to run a game at all is the first consideration; making it look good is merely the icing on the cake.