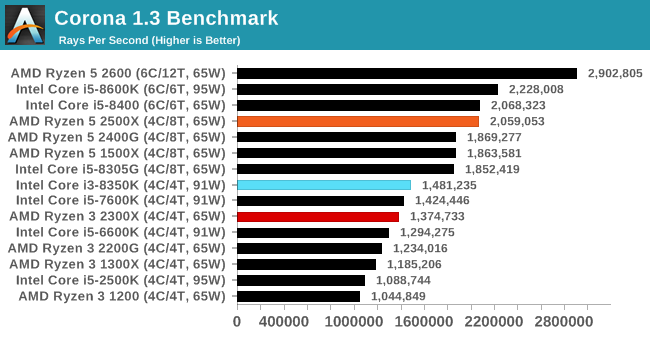 A raw multithreaded test, the eight thread CPUs here score above the quad cores without SMT. The 2500X with four cores and eight threads is on par with a six-core Intel CPU here. 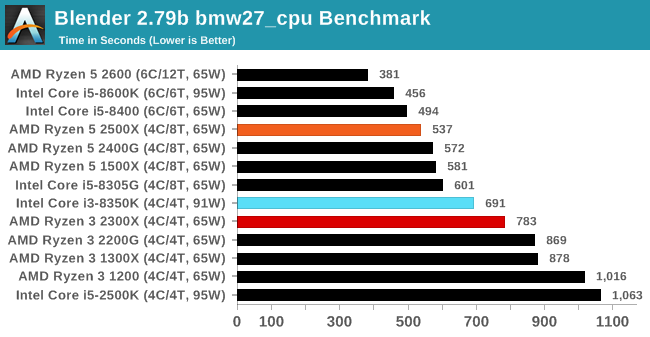 Bender is a variable threaded test, tackling lots of parts of the system. The move from a 4C/4T AMD chip to the 4C/8T AMD chip gets a good speedup, with the jump up in threads really helping. Our results are very clearly delineated on core count then thread count. 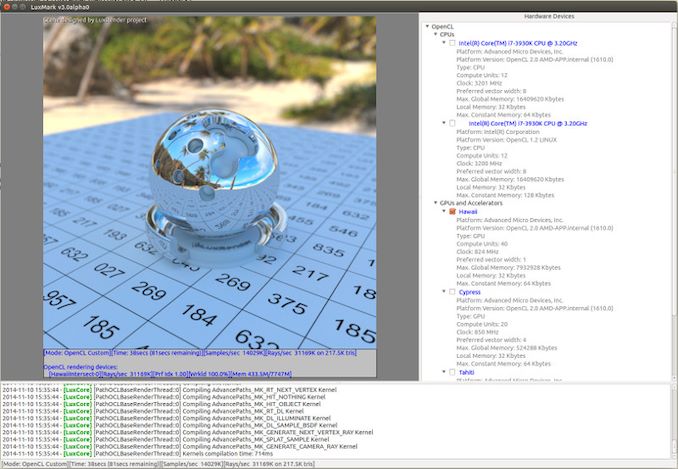 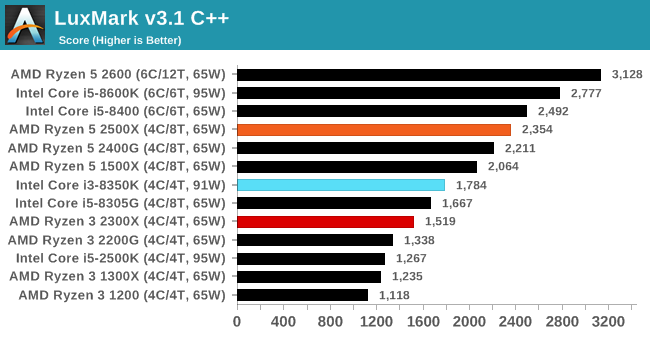 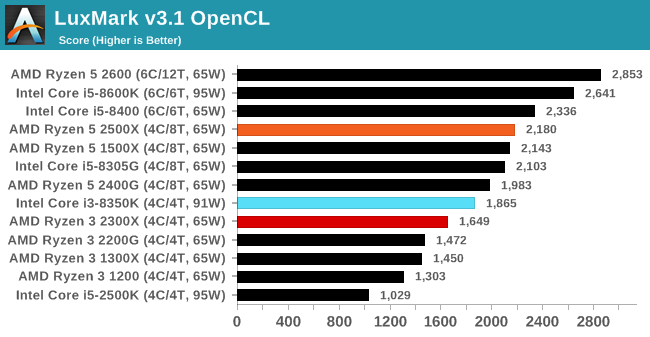 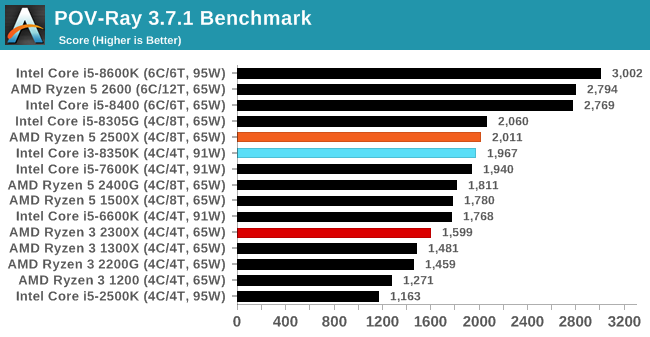 For POV-Ray, the better AVX2 performance of the Core i3 shows as it almost matches the 2500X.