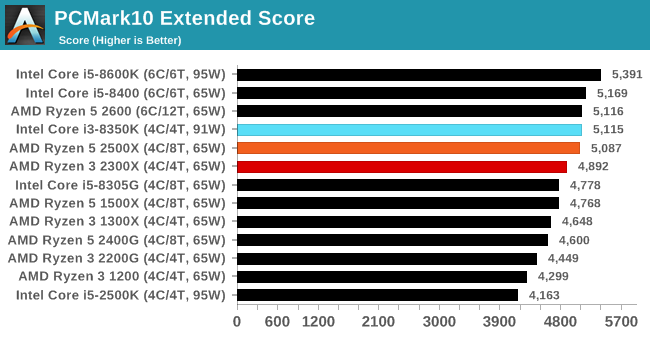 PCMark likes a lot of single threaded performance, and the quad-core Core i3 matches the eight-thread AMD, with the quad-thread AMD just slightly behind. 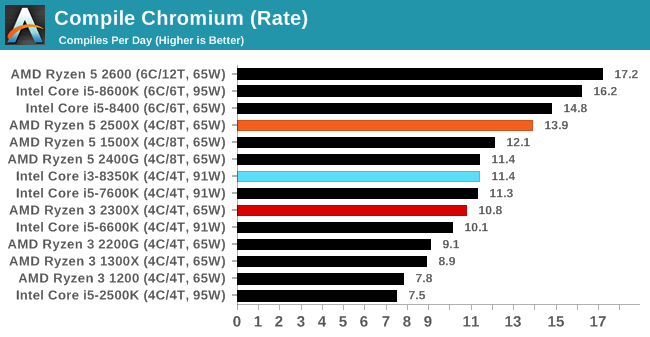 In our compile test, the higher thread count of the 2500X gives it a good lead over the other two comparison points, although the 2300X is only slightly behind the Core i3 here.

For our tests, we report in Bench the results from every physics test, but for the sake of the review we keep it to the most demanding of each scene: Cloud Gate, Sky Diver, Fire Strike Ultra, and Time Spy. 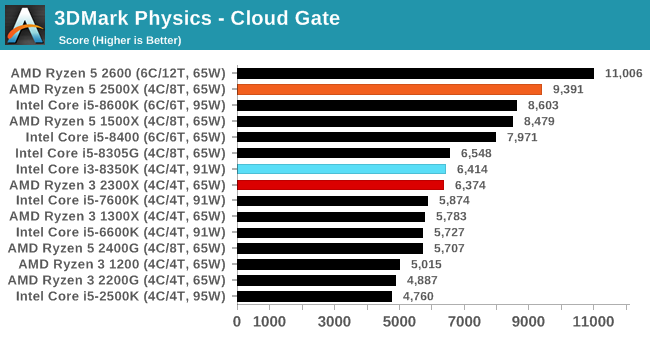 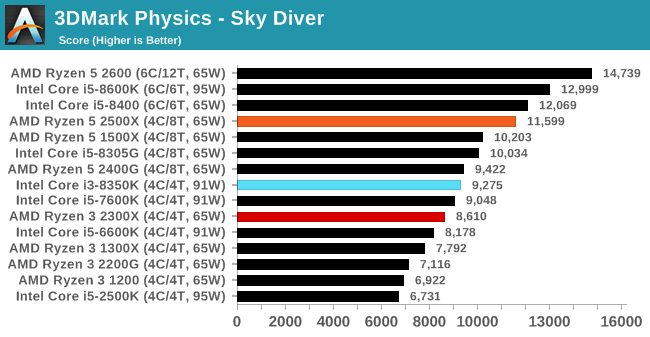 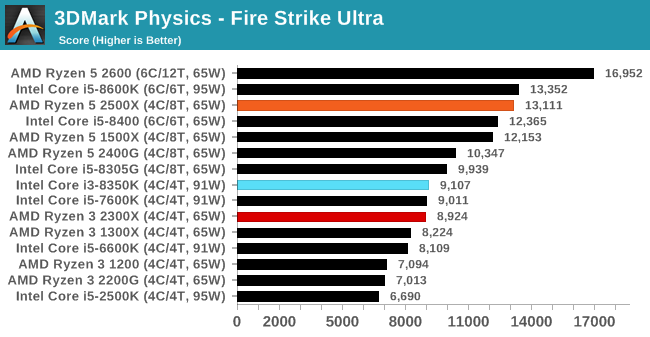 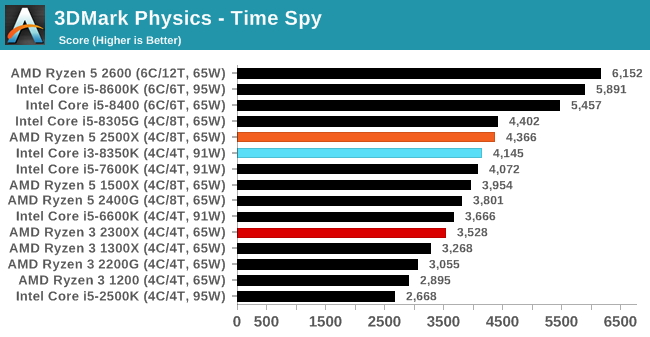 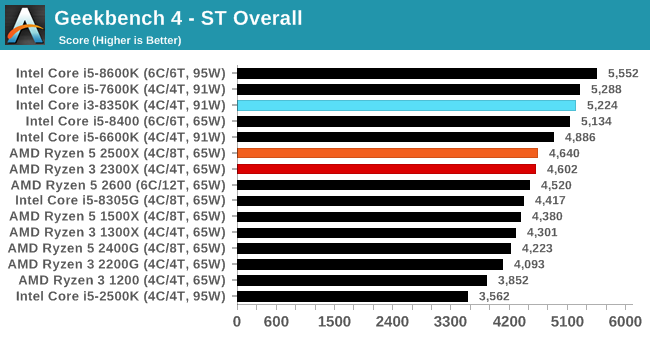 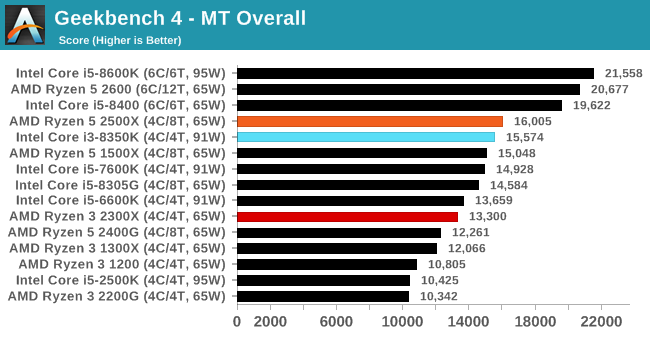