Moving onto the design of the cards, we've already mentioned the biggest change: a new open air cooler design. Along with the Founders Edition specification changes, the cards might be considered 'reference' in that they remain a first-party video card sold direct by NVIDIA, but strictly-speaking they are not because they no longer carry reference specifications. 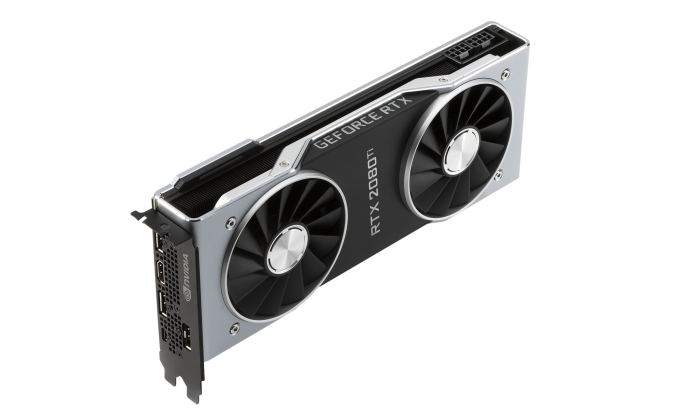 Otherwise, NVIDIA's industrial design language prevails, and the RTX cards bring a sleek flattened aesthetic over the polygonal shroud of the 10 series. The silver shroud now encapsulates an integrated backplate, and in keeping with the presentation, the NVLink SLI connectors have a removable cover. 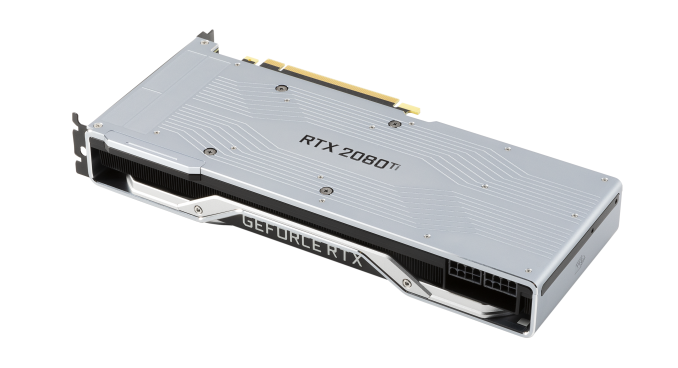 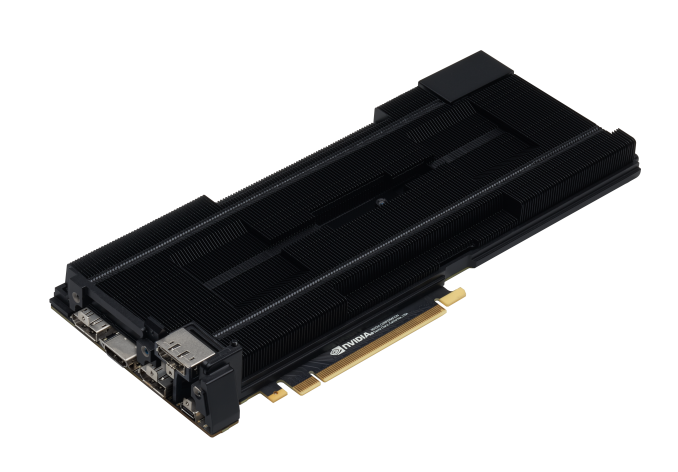 As is typical with higher quality designs, NVIDIA is pushing overclocking, and for one that means a dual 8-pin PCIe power configuration for the 2080 Ti; on paper, this puts the maximum draw at 375W, though specifications-wise the TDP of the 2080 Ti Founders Edition against the 1080 Ti Founders Edition is only 10W higher. The RTX 2080 Founders Edition has the more drastic jump, however, with 8+6 pins and a 45W increase over the 1080's lone 8 pin and 180W TDP. Ultimately, it's a steady increase from the power-sipping GTX 980's 165W. 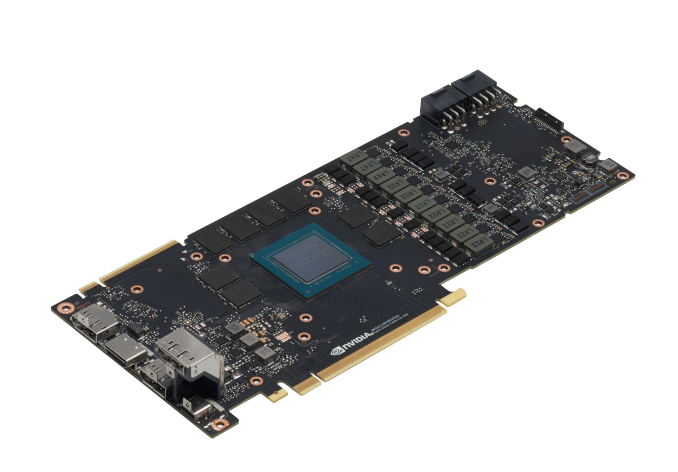 One of the more understated changes comes with the display outputs, which thanks to Turing's new display controller now features DisplayPort 1.4 and DSC support, the latter of which is part of the DP1.4 spec. The eye-catching addition is the VR-centric USB-C VirtualLink port, which also carries an associated 30W not included in the overall TDP.

Something to note is that this change in reference design, combined with the seemingly inherent low-volume nature of the Turing GPUs, cuts into an often overlooked but highly important aspect of GPU sales: big OEMs in the desktop and mobile space. Boutique system integrators will happily incorporate the pricier higher-end parts but from the OEM’s perspective, the GeForce RTX cards are not just priced into a new range beyond existing ones but also bringing higher TDPs and no longer equipped with blower-style coolers in its ‘reference’ implementation.

Given that OEMs often rely on the video card being fully self-exhausting because of a blower, it would certainly preclude a lot of drop-in replacements or upgrades – at least not without further testing. It would be hard to slot into the standard OEM product cycle at the necessary prices, not to mention the added difficulty in marketing. In that respect, there is definitely more to the GeForce RTX 20 series story, and it’s somewhat hard to see OEMs offering GeForce RTX cards. Or even the RT Cores themselves existing below the RTX 2070, just on basis of the raw performance needed for real time ray tracing effects at reasonable resolutions and playable framerates. So it will be very interesting to see how the rest of NVIDIA’s product stack unfolds.

The RTX Recap: A Brief Overview of the Turing RTX Platform The 2018 GPU Benchmark Suite and The Test
Tweet
PRINT THIS ARTICLE
Comments Locked