Microsoft has been pushing display technology since the original Surface RT launched, but it is only recently that they have gotten really serious about quality displays. The Surface Pro 4 and Surface Book both feature the best displays in their class, with very accurate color reproduction and high pixel densities. The move to the 3:2 aspect ratio with the Surface Pro 3 was a game changer for that tablet, and it is great to see they have stuck with this even with the much larger Surface Studio.

There is a lot to talk about in regards to the display of the Surface Studio. First of all, it is truly a “wow” moment for practically anyone who sees it. We can get a bit carried away with talk of pixels, color gamuts, and contrast, but pretty much anyone who has seen this Surface Studio has said “wow” whether they are technical or not. The combination of a huge number of pixels, a very large display, good brightness, and the not so average aspect ratio really make the Studio stand out. The fact that it’s all in a 12.5 mm thick design is the icing on the cake. 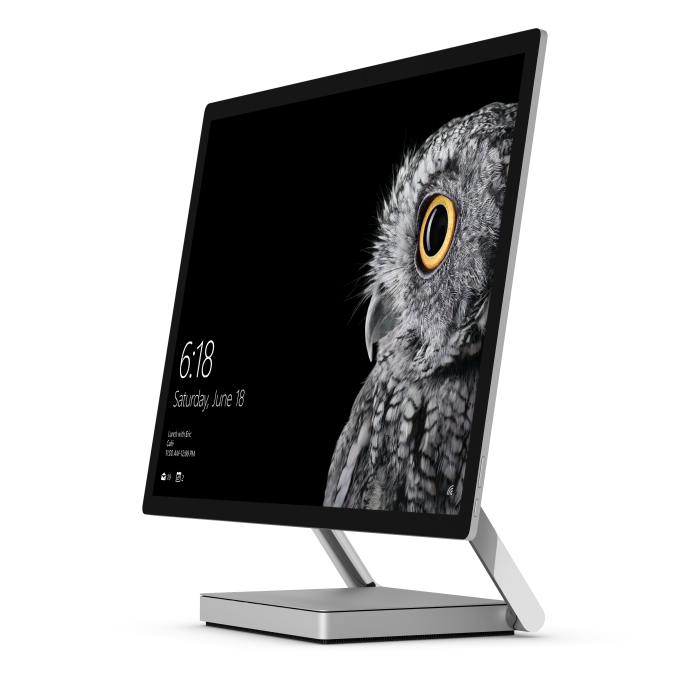 Combined with the 4500x3000 resolution, the 28.125-inch display works out to almost exactly 192 pixels per inch. That may not seem like a very large number, or a very significant number, when you have smartphones with almost 600 pixels per inch, but 192 is exactly double 96. Why does 96 matter? 96 DPI is what Windows was originally built around, so if you had a display with 96 DPI, one inch on the display would be exactly one inch on a printed paper. With the Surface Studio, they have doubled the DPI so that Windows can be run at exactly 200% scaling, but keep the correct dimensions for everything on the display. When the Surface Studio was announced, the head of Surface, Panos Panay, held up a 8.5x11-inch piece of paper to the Surface Studio and showed that it was exactly the same size as the original word document on the display. None of this was an accident. Attention to detail, again. 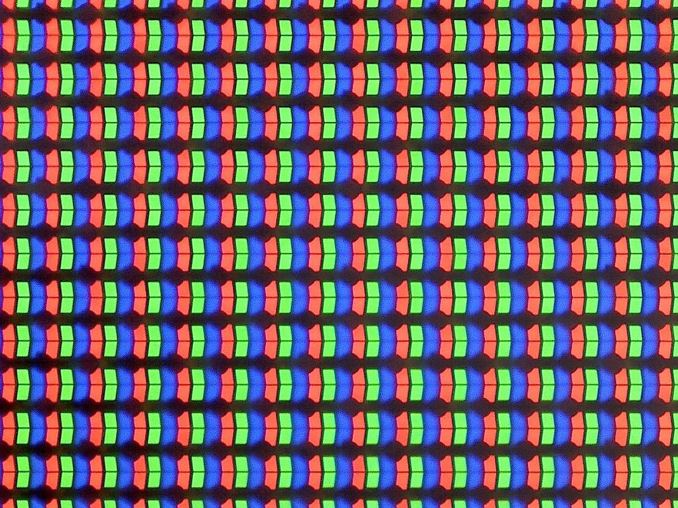 Let’s not just glance over the resolution either. 4500x3000 is a huge number of pixels; 13.5 million to be precise. This is almost 63% more pixels than a 4K display, and just 8% under a 5K display. It’s one of the reasons you won’t see me use the term "4K" or "5K" or "8K" for displays, since it really does the display an injustice. Some people have called the Surface Studio a 4.5K display, hinting that it’s between a 4K and a 5K, but it is way closer to 5120x2880 than it is to 3840x2160, with the former having about 14.75 million pixels, and the latter only 8.3 million (and a Full HD 1920x1080 is just a hair over 2 million pixels). The Surface Studio’s display is very sharp for a desktop, and the perfect 200% scaling makes it a treat to work with. Add in the aspect ratio giving you over 50 square inches more display than a 27-inch 16:9 display, and it can start to become apparent why this display is such a stunner.

Another feature of the display that Microsoft touted at the launch event is that the Surface Studio is a wide-gamut display, with the Studio featuring DCI-P3 color space support. There is a toggle in the Action Center that lets you choose among sRGB, DCI-P3, and Vivid color modes. Each of these color targets are actually an ICC profile, and each display is individually calibrated to ensure that they correctly display each color gamut.

sRGB should be well known to our readers, but this is the most common color gamut in computing, with almost all images and web content targeting sRGB. Meanwhile DCI-P3 is a bit more complex. DCI-P3 started life as the color gamut used in cinema, with a wider color spectrum and much more green white point. In fact, cinema DCI-P3 is so green that it is almost impossible to use on the Studio. DCI-P3 was designed for low light in a movie theatre, and in addition to having a different white point, it also has a gamma of 2.4, making it not all that useful when using the Studio as a typical desktop.

But there is also this third color profile, which Microsoft called “Vivid” and you’re likely thinking, what the heck is that? Vivid is in fact the correct P3 color gamut for use on a desktop, and it’s called P3 D65, where D65 is the white point, and it has a 2.2 gamma (both of which are carried over from sRGB). P3 D65 is the same P3 color space you would find on an iPhone, iMac, or iPad Pro, and it offers the same wider color gamut, but with a white point that is white, and not green. 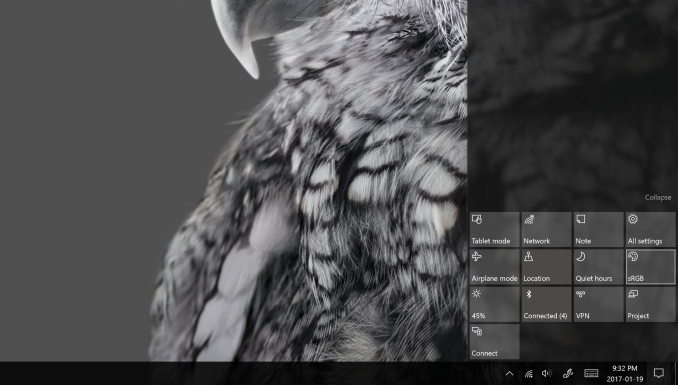 Microsoft did a fantastic job of adding three color gamuts to the Surface Studio, and they even made it simple to choose which one you need, but by naming two of them by their proper name, and the third by an adjective, makes it very confusing. DCI-P3 and P3 D65 are not great names, nor is sRGB, but at least a quick search on the internet would let even an inexperienced person know what they have. They really need to fix the name on Vivid, because if you had content in the P3 color space, more than likely it would target P3 D65. But unless you were aware that Vivid was correct, you may choose the DCI-P3 space which would make it look awful. Offering the cinema DCI-P3 standard is not a bad thing, mind you, but Microsoft should be directing users to P3 D65 instead, as that's the de facto standard for computers.

The added gamuts are welcome though, as is the Action Center toggle to choose the one you need, but because Windows doesn’t have proper color management, the end user needs to make the decision on which gamut to target. Microsoft needs to fix this, and fix it soon, since it is a problem that is only going to get larger as time goes on. You can run the display in Vivid all the time, but program designed for the sRGB color space will end up having the colors oversaturated. So although there are three color spaces, most people should use sRGB almost exclusively, which is a bit of a shame.

But enough preamble. How good is the Surface Studio’s display? Let’s find out.

As with any display, we test using SpectraCal’s CalMAN suite, and leverage the X-Rite i1Display Pro colorimeter for brightness and contrast readings, and the X-Rite i1Pro2 Spectrophotometer for color accuracy. For 2017, laptop displays, as well as the Surface Studio, will be subjected to a more thorough display test than in the past, with more points tested in both grayscale and saturation.

The Surface Studio can get very bright, especially for a desktop. 421 nits is one of the highest brightness levels we’ve seen in a desktop monitor. Even in the most well-lit office setting, this level of brightness should be plenty for almost anyone. The contrast ratio being just over 1000:1 is also a decent result, although nowhere near the over 1700:1 of the Surface Book. The excellent contrast ratio is one of the best features of the Book, so only getting 1000:1 on the Studio was a bit disappointing, but nonetheless it is one of the higher contrast ratios of any desktop display we have tested.

For those that like to work in a dark office, the Surface Studio’s display will go all the way down to just 3 nits, which is also an excellent result. There is plenty of brightness range for anyone to find a comfortable level.

On smaller displays, such as tablets and notebooks, we don’t generally test uniformity, but it is a good thing to test on a desktop display, where the sheer size of the display can cause some real issues for a poorly designed backlight. Since the Surface Studio is edge lit, there is always going to be some issues with uniformity due to the nature of that type of backlight, as compared to a full-array backlight on a monitor. 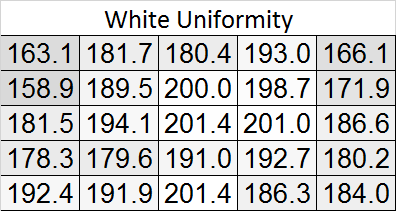 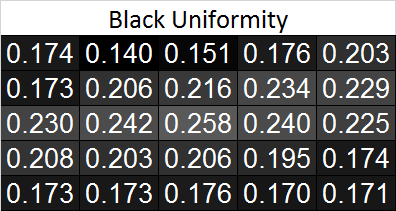 There is definitely some drop in the white output in the upper corners of the display, as well as along the top edge. The black levels also drop here, although since it was tested with a spectrophotometer the black levels won’t be absolutely accurate. On a percentage basis, there is about 20% less light in the top right corner, and just a bit under that on the top right corner. However the rest of the display is quite a bit more uniform. 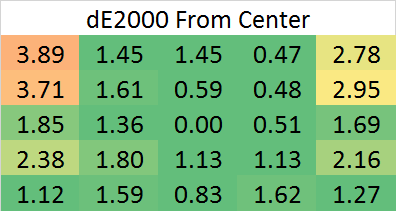 Next, the color levels were tested across the display, and here the result is quite a bit better than the brightness levels. The backlight issues in the top corners still causes some shift in color right at the edges, but overall the dE2000 across the rest of the display is fantastic for an edge-lit display.