We won't be focusing on the architecture or technology behind the Radeon 9600 Pro in this article, as we've already covered that in our original story, but we will revisit one important topic before diving into benchmarks - what to compare the Radeon 9600 Pro to.

As you can see, the Radeon 9500 Pro was quite a fluke in that it was basically a slightly detuned Radeon 9700 Pro whereas the Radeon 9600 Pro is much more castrated, which is what you would expect from a $150 - $199 mainstream card. 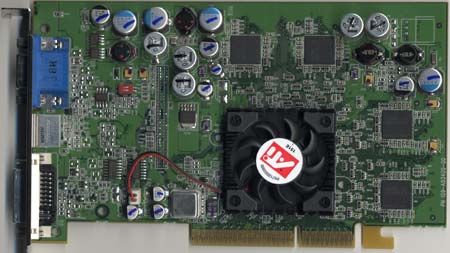 Compared to the NVIDIA GeForce FX 5600 Ultra, the Radeon 9600 Pro has a higher core clock but lesser memory bandwidth, meaning we should be in for a fairly close performance comparison between the two. As we mentioned in our original article however, expecting the Radeon 9600 Pro's core improvements and higher clock speed to overcome the lack of rendering pipelines and outperform the Radeon 9500 Pro may very well be wishful thinking - a question we're looking to finally answer today.