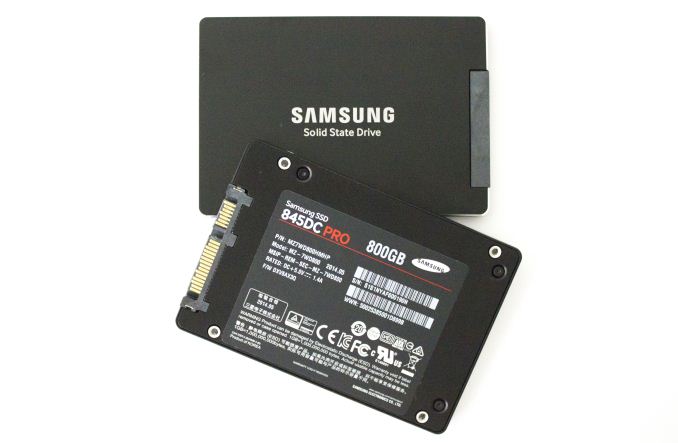 Surprisingly the 845DC PRO goes for the older MDX controller that was used in the SSD 840 and 840 Pro. Architecturally the MDX and MEX are the same since both are based on the 3-core ARM Cortex R4 base, but the MEX just runs at a higher clock speed (400MHz vs 300MHz). I suspect the MEX controller does not really offer a major benefit for MLC NAND based SSDs because there is much less NAND management to do, but with TLC the extra processing power is certainly useful given the amount of ECC and management TLC needs. 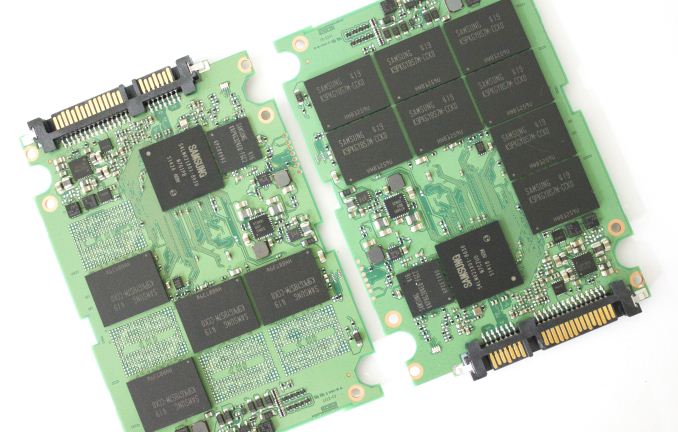 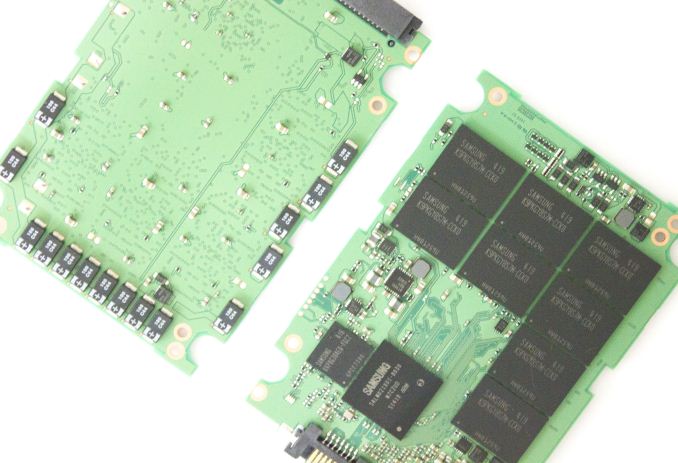 Similar to the 845DC EVO, the PRO has capacitors that offer data protection in case of a power loss. 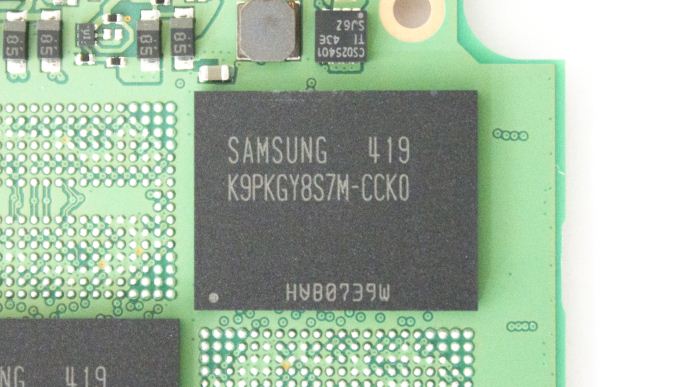 The 845DC PRO uses Samsung's first generation V-NAND, which is a 24-layer design with a die capacity of 128Gbit. The part numbers of the first and second generation are almost equal and the only way to distinquish the two is to look at the third, fourth and fifth characters since they reveal the number of die per package as well as the total capacity of the package. Our 400GB sample has four and our 800GB has eight 8-die packages on the PCB, so the raw NAND capacities work out to be 512GiB and 1024GiB respectively with over-provisioning being 28%.

I am not going to cover V-NAND in detail here as I did that in the 850 Pro review and architecturally the first generation V-NAND is no different – it is just 24 layers instead of 32. The first generation is an older, more mature process and thus more suitable for enterprise SSDs. I measured the endurance of the first generation V-NAND to be 40,000 P/E cycles, whereas the second generation V-NAND in the 850 Pro is only rated at 6,000 P/E cycles. For the record, you would either need eMLC or SLC to get 40,000 P/E cycles with 2D NAND, but V-NAND does that while being normal MLC. The benefit over eMLC is performance as eMLC sacrifices program and erase latencies for higher endurance, and the eMLC manufacturing process is also more complicated than regular MLC (although I am pretty sure that V-NAND is still more complicated and hence more expensive).